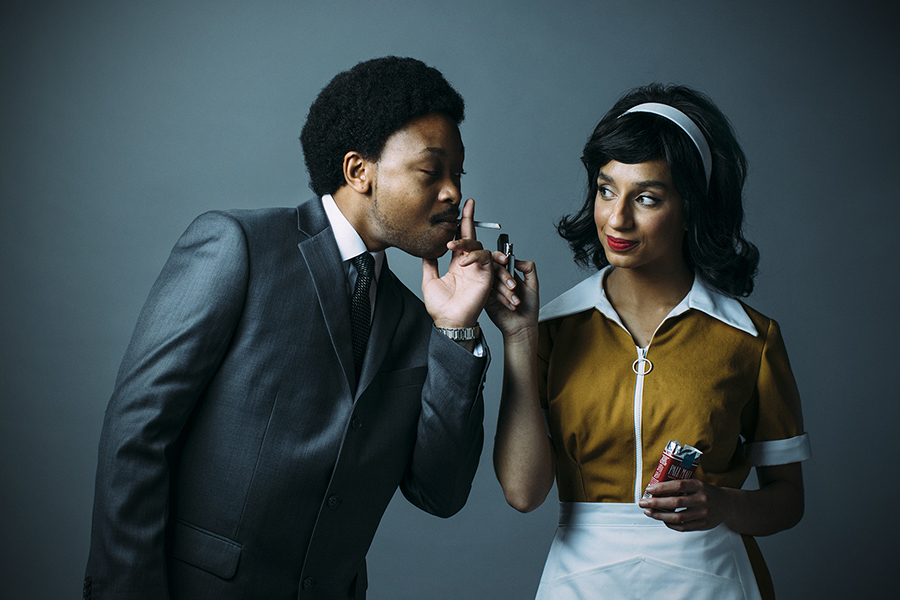 “I had a dream”. Those words are emblazoned in almost every American’s mind. We are taught about this wonderful preacher who was the face of a movement. We learned about peaceful marches, and sit ins. We heard that he was shot and killed by a white man, making him into a martyr. But I, like many Americans, always saw him as this shiny, mythical figure. This angel who could do no wrong. “The Mountaintop” by Katori Hall at The Omaha Community Playhouse brings this notable figure to life in the most human way possible.

Set in Tennessee the night before Martin Luther King Jr is shot and killed, we watch King, played with charisma and energy by Donté Plunkett, as a real man. A man who loves his family, but faces temptation. A man who has an incredible sense of humor and laughs easily. A man with vices. Catie Zaleski is mesmerizing as Camae, a maid who challenges him in more ways than one.

A show that blurs the lines between realism, and fantasy, the set (designed by Jim Othuse)  looked deceptively simple. However, as the action shifts, magic happens behind and around the simple seeming walls. The lights (Herman Montero) and sound (John Gibilisco) also set the mood beautifully. 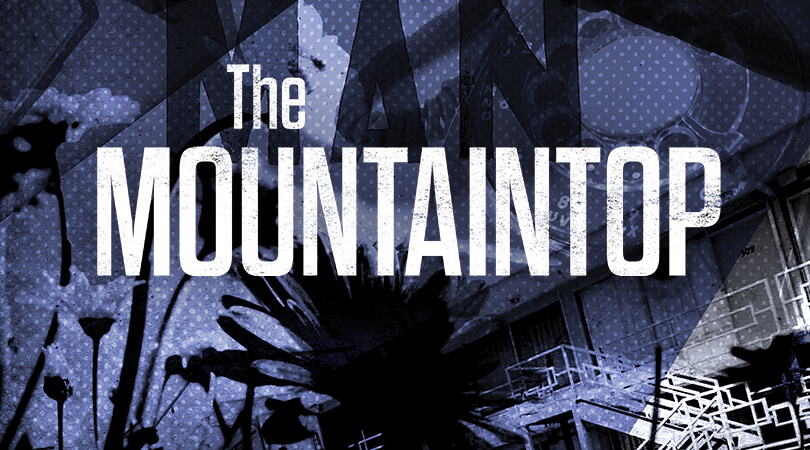 “The Mountaintop” brings up so many poignant issues in this day and age. I had forgotten just how recent the Civil Rights Movement was. I was born in a world where I was taught to believe that we had moved past slavery. That all Americans really were treated equally. As I grew, I found out how incredibly wrong this was. We had come a long way from separate drinking fountains and commonplace lynchings, but those horrid things had been replaced by police brutality, income inequality and racial profiling. We are still living in an incredibly racist world. And while all this was brought into the forefront of my mind as I watched these brilliant actors, that wasn’t what the play was truly about. I left feeling inspired. Reminded that these leaders who we revere and immortalize, were once just people. They were just like you and me. And no matter who we are, we all have the ability to change the world. We all have the ability to pick up the torch and carry it in the name of what is right.

“The Mountaintop” is for absolutely everyone. Director Denise Chapman has crafted a show that does what theater, in my opinion, should do-It takes you on a journey, it makes you laugh, it brings tears to the eye, but most importantly…it makes you think. It continues the dialogue started so many years ago.

The Mountaintop by Katori Hall