There are a few things you can expect when you walk into the Performing Arts Center at the Union for Contemporary Art. Expect an intimate setting, delicious snacks and for Artistic Director Denise Chapman to greet you warmly and make you feel like family. In every opening statement she makes before the show, she reminds us to enjoy ourselves, make some noise, feel the love.  It has quickly become my favorite place to see live theater, in part because the safety net Denise creates permeates from the backstage to the last seat in the house. Enjoy yourself, make some noise, let’s feel the love.

The Bubbly Black Girl Sheds Her Chameleon Skin had me doing all three. This ambitious musical from Los Angeles native Kirsten Childs, tackles the social and personal implications of Black identity in America.  The protagonist guides us passionately through her coming of age story with heart, dancing shoes and lots of personality. 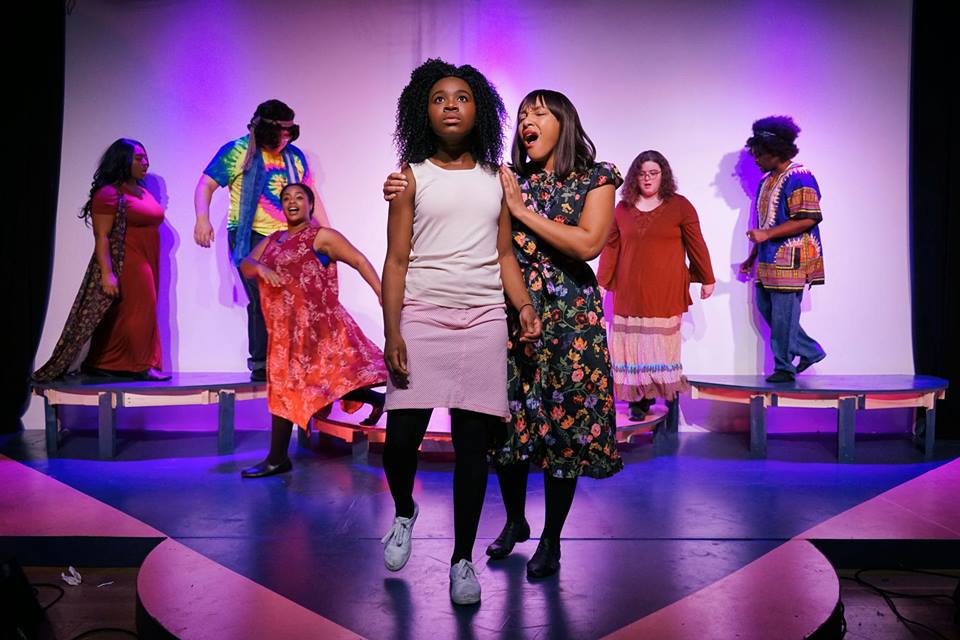 Vivica Stanton (but you can call her Bubbly) is a little Black girl living the perfect life in LA, not a worry in the world with “BOTH her parents in the home”!  When the news of four little girls being bombed at a church in Alabama rocks her world and shakes her security. This sets the tempo for the beginning of her hero’s journey; a musical quest of finding herself and navigating the terse world of racism, sexism and  fitting in as a Bubbly Black girl. (Ever thought you’d hear Harriet Tubman call someone an Oreo?)

As Vivica, Nadia Williams, is an absolute treasure. We watch her convincingly go from a 6 year-old innocent child to a young woman finding her voice and taking agency with who she is. With stellar vocals and a brilliant stage presence that transcends all the character’s incarnations, seeing Williams perform is like watching a supernova exploding:Bright, colorful and expansive. I am saying it today, she is going onto do huge things. Omaha is lucky to claim her.

The entire ensemble is just to die for. They effortlessly move the story line along, playing different roles and building Bubbly’s world in a masterful way. Earl Spears, is so delightful as Vivica’s life long playmate, Gregory, who we watch grow up as well. He’s charming and funny onstage and fully embodies the boy next door. Powerhouse Brandi Smith steals the third act with her hilarious “Granny’s Advice” number and Jeff Castello-Scott shows great range playing everyone from Vivica’s hippie boyfriend to a corrupt cop. The rest of the brilliant ensemble include, Jen Castello-Scott, Liz Lassiter, Eric Lawson, Dara Hogan, Anthony Holmes, Faushia Weeden, and Brittney Thompson, each with their own breakout moments of glory.

Some stand out numbers include the beautiful harmonies of “Secretarial Pool”, the incredibly moving “Pass The Flame” and the evocative and multi-faceted number ”Pretty“, where Williams showcases her triple threat skills, under red lights.

The show runs slightly over 90 minutes, and is incredibly fast paced. This left me feeling that I was missing things in the script that could’ve helped me connect the dots a little more. I would have liked to see some of the themes expounded on in more depth within the text itself, but that doesn’t take away from the shows capacity to tell the story and to render reaction. Director, Denise Chapman fills the time with beautiful, sometimes hilarious or heartbreaking moments that add dimension to the brief instances of pause. Choreographer, Latryce Anderson, gives us lots of fun, emotive movement and costume designer Jenny Pool keeps up with the generational changes through her design. 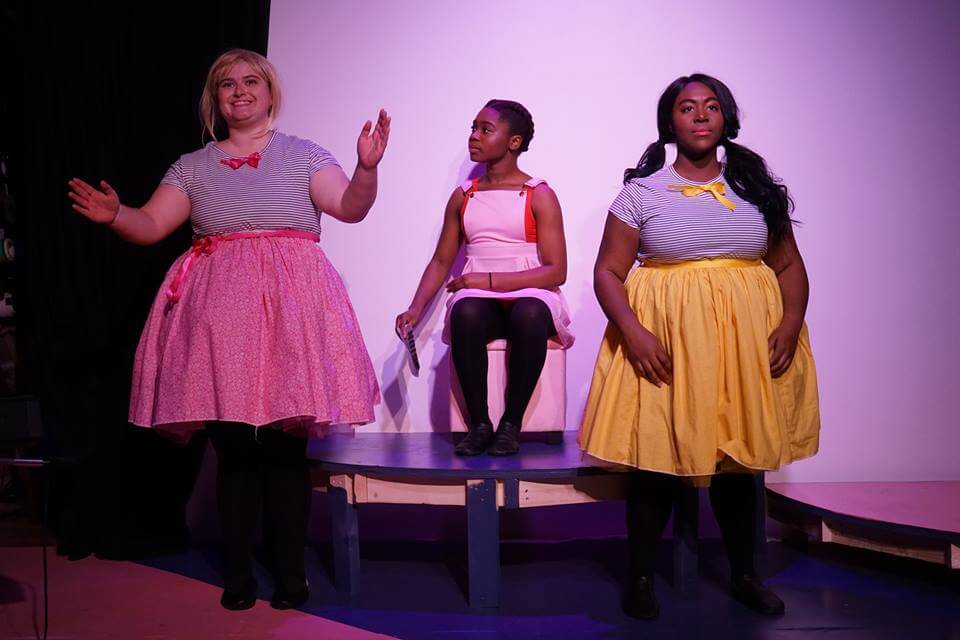 Bubbly is the first musical performed at The Union, and the 11 member chorus plus live band fills the space without ever feeling crowded.

“Everyone, should see this show,” Denise says. “It is for sure a show that any lover of musical theatre will love or anyone who has ever chased a dream and dealt with the lumps and bumps along the way.”

The Bubbly Black Girl Sheds Her Chameleon Skin is full of heart and life lessons for everyone, playing until October 28th and developed in such prestigious places as The O’Neill Theater Center and Playwrights Horizons, this is a show that will stay with you long after the lights come up.

Runs through October 28th at The Union for Contemporary Art Performing Arts Center.