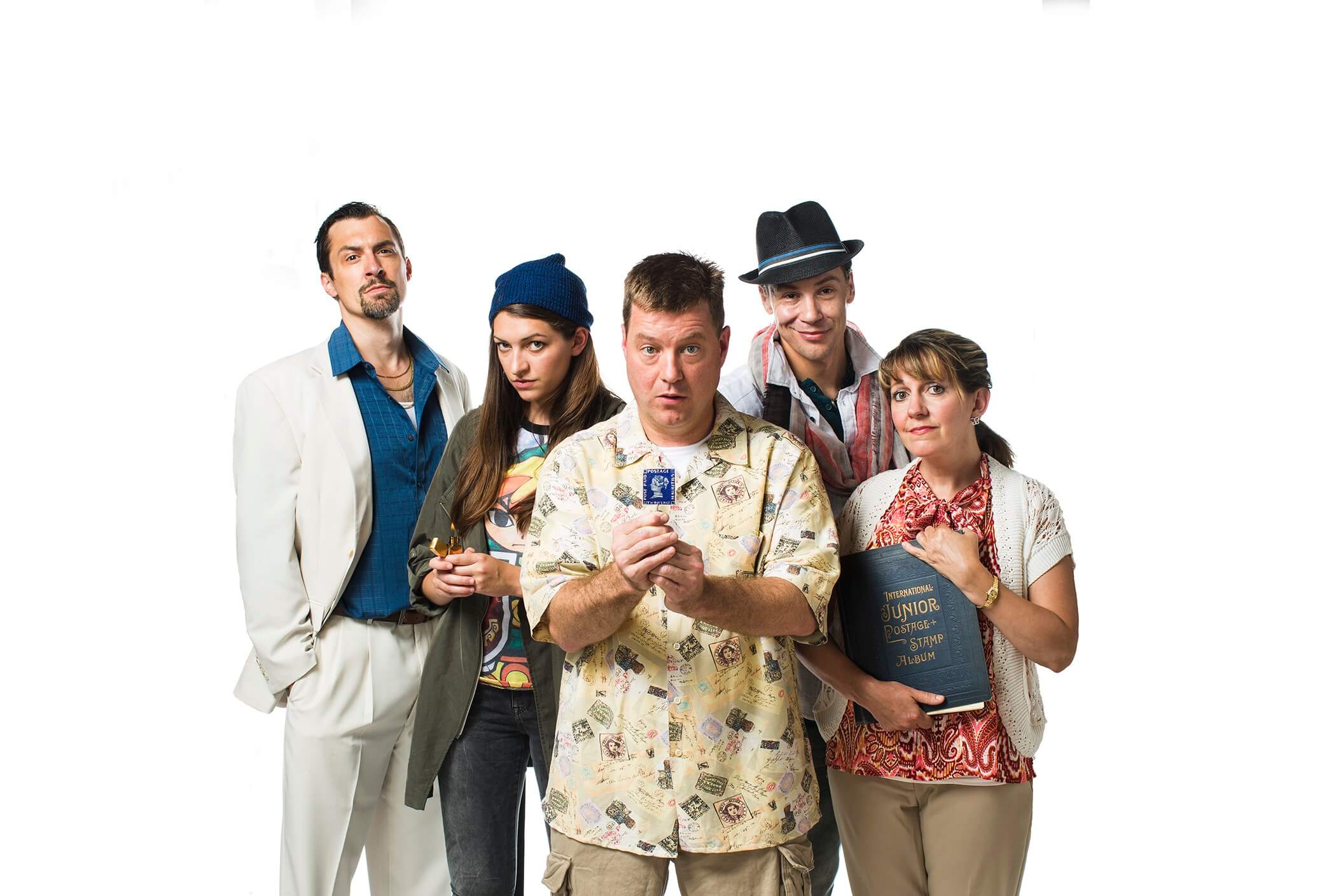 When you think of absorbing and suspenseful shows with tight plots and quick dialogue, you normally don’t expect them to be about stamp collecting. Then again, Mauritius by Theresa Rebeck is anything but your typical show. The first show in the Omaha Playhouse’s 91st season, Mauritius revolves around two half-sisters who inherit a potentially valuable stamp collection after their mother’s death. Differing views on what to do with the stamps lead them to several risky situations with three different nefarious characters.

The challenge for director Jeff Horger and his ensemble cast of five was navigating all of the plot points and puzzle pieces laid out by the playwright without giving too much away to the audience.

“We were able to sit down in the first couple days and just do some table work; just talk over it,” Horger said. “Theresa Rebeck, in her normal style, she leaves a lot up in the air. There’s as much action between the scenes as there is during the scenes. It was fun piecing this puzzle together because at its core, it also a mystery. There’s a lot that goes unsaid. We keep reminding ourselves to remember that the audience doesn’t know everything that we know. We can’t play some of these objectives because people are going to be really surprised in about five minutes.”

Horger said the play is about obsession and what people are willing to do to get what they want. It brings up a lot of questions about human nature which can be very fun for both actors and directors alike. Since the cast is only five people, the group was able to devote plenty of time and resources to creating truly unique characters for the show.

“We’ve been very open about what everyone needs,” Horger said. “In fact, this past week, since we had five characters and five days, we said, ‘Today is Jackie day and we’re going to work on what Jackie needs. This other day is Dennis day.’ It worked out perfectly. I made sure early on that we set out a whole week were you get at least one day where you can tell us what you want to work on. For some of them it was ‘I want to work this one scene,’ for others it was ‘I want to talk about this relationship,’ and others it was ‘I really want to run lines here and then get this on its feet’. It’s a nice part about having this little ‘Alpha Unit’ we have, that we can take that time to make sure that you are meeting everyone’s needs.”

With a story that will keep people on the edge of their seat, Horger said that audiences will be left with plenty to talk about after the show is over.

“You don’t know how these characters are going to interact,” he said. “You don’t know their past when they are introduced. Honestly, it’s the kind of show that I think people will enjoy watching a second time. And I have five actors who are acting like their backs are on fire. It’s really solid work that’s compelling to watch.”

The Omaha Community Playhouse’s production of Mauritius by Theresa Rebeck will from August 14 – September 13th inside the Howard Drew Theatre. For ticket information, visit www.OmahaPlayhouse.com.