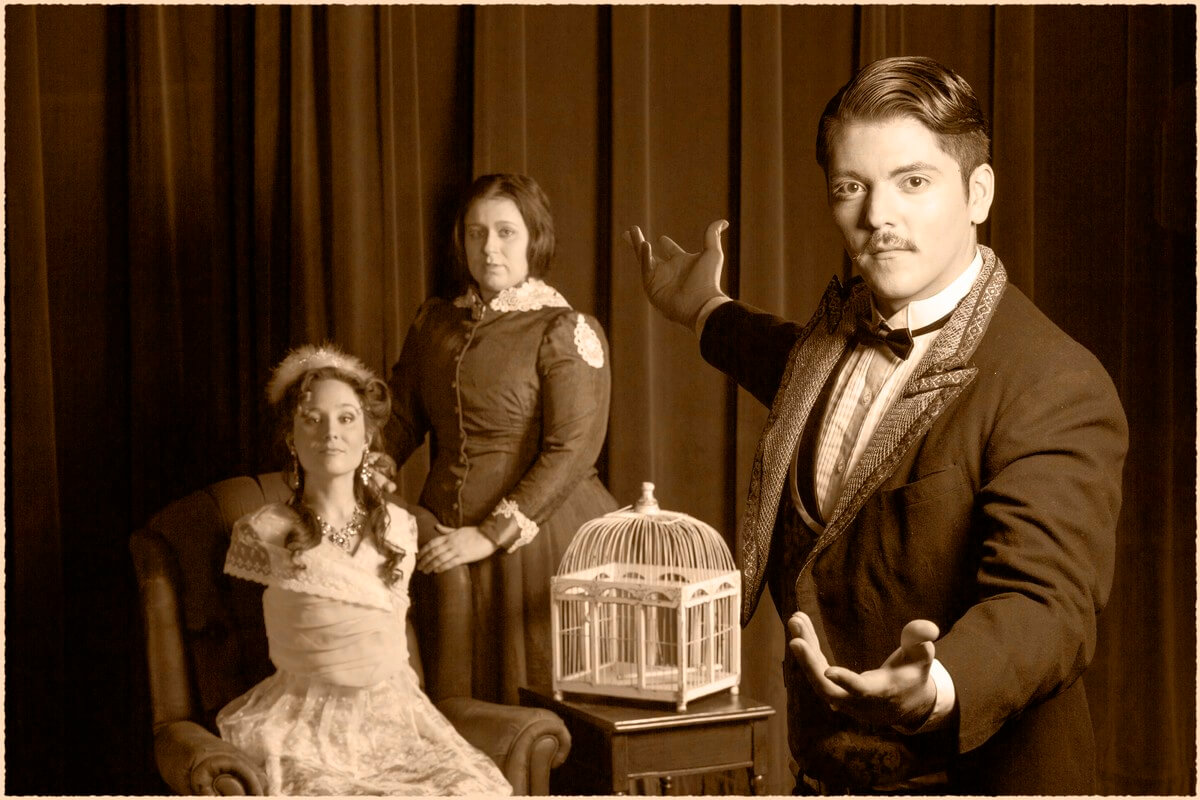 The UNO Theatre department will present Carson Kreitzer’s new play Freakshow this Friday, February 27th through March 7th at the Weber Fine Arts Building on the UNO campus on 60th and Dodge St.

The show takes audiences to the turn of the century where a traveling Freakshow is slowly grinding to a halt. The times are changing and people just aren’t as interested in the grotesque as they used to be. Tempers rise as those in the show face a conflict between reconciling the anger of being stared and gawked at against the comfort of knowing your place in the universe.

Along for the show are a woman with no arms and no legs, a human salamander, a pinhead, the dog-faced woman who cares for them, and the Ringmaster who lines his pockets by giving them a home.

“It’s their lives as these extraordinary beings and what it’s like for them to be on display; what it’s like to be part of this family on the outside.”

That’s the dog-faced girl herself, played by UNO Graduate Student Mallory Freilich who is performing in the show as part of her Master’s Degree completion. She said one of the key parts of bringing her character to life was the makeup transformation she goes through in creating the dog-face girl. She based her face off of her pet basset hound and together with costume designer Sharon Sobel, created a design that was part human, part animal. From there, it was all about figuring out her character’s dog-like movements.

“There was a lot of paying more attention to my dog than I think she was okay with,” Freilich laughed. “Developing just how dogs move and then translating into how a human takes that on.”

“There are three characters that live on stage for basically the entire show,” Freilich said. “And each of their homes was made especially for them. To help, we cast the play at the end of last semester so that those measurements could be taken and the set could be started on. It’s theatre magic! That’s what we do.”

While the performers may look like freaks, Freilich said the show will connect with anyone who has ever felt alone in the world, looking for love, looking for purpose.

“Most people went to high school,” she said. “Everyone’s felt like an outsider. They’ve felt like there was something that made them different, that made them ugly. That’s not the only part of someone. The idea of the grotesque and the idea that there is something truly beautiful there is what this story is all about.”

UNO Theatre’s Production of Freakshow by Carson Kreitzer will run from February 27th through March 7th at the Weber Fine Arts Building on UNO’s Campus. For more information on the production, visit www.unomaha.edu/unotheatre.