Phantom of the Opera has long been a benchmark of modern musical theater. The Andrew Lloyd Webber Broadway favorite takes place in Paris in 1881. A broken-hearted and mysterious Phantom haunts an Opera house, living beneath it in the sewers of Paris. He falls in love with Christine, a member of the opera’s chorus, and tutors her as her, “Angel of Music”, a deity Christine’s deceased father said would come to her one day. The love turns toxic as the Phantom begins terrorizing the Opera house and demanding that Christine is given lead roles, much to the ire of leading lady, Carlotta. As sandbags as set pieces fall from the sky, stagehands end up dead, and Carlotta’s soprano turns sour, we learn the truth about this tragic angel and how he came to be the Phantom.

The current touring cast is absolutely phenomenal stepping into these beloved roles with, Quentin Oliver Lee astounding in the role of the Phantom. Lee, exhibits great physicality, being both intimidating in stature and vulnerable when necessary. I started following him on social media and was really able to see his transformation as an actor for the role. Eva Tavares is inspiring as Christine Daae, she plays the role with light and dives into Christine’s wondrous nature. In her opening aria, “Think of Me,” a crowd favorite, we see her beam with the excitement of being front and center for the first time, and that was a moment I held on to in her arc. Jordan Craig was endearing and statuesque as Christine’s love, Raoul, Trista Moldovan (who played Christine in the 2011 tour) was hilarious as the displaced Carlotta. And David Benoit, Rob Lindley, Susan Moniz, and Phumzile Sojola, were delightful in their comedic moments, most notably in the office of Monsieur Firmin (Benoit), trying to crack the mystery of the Phantom open through a series notes they’d received. 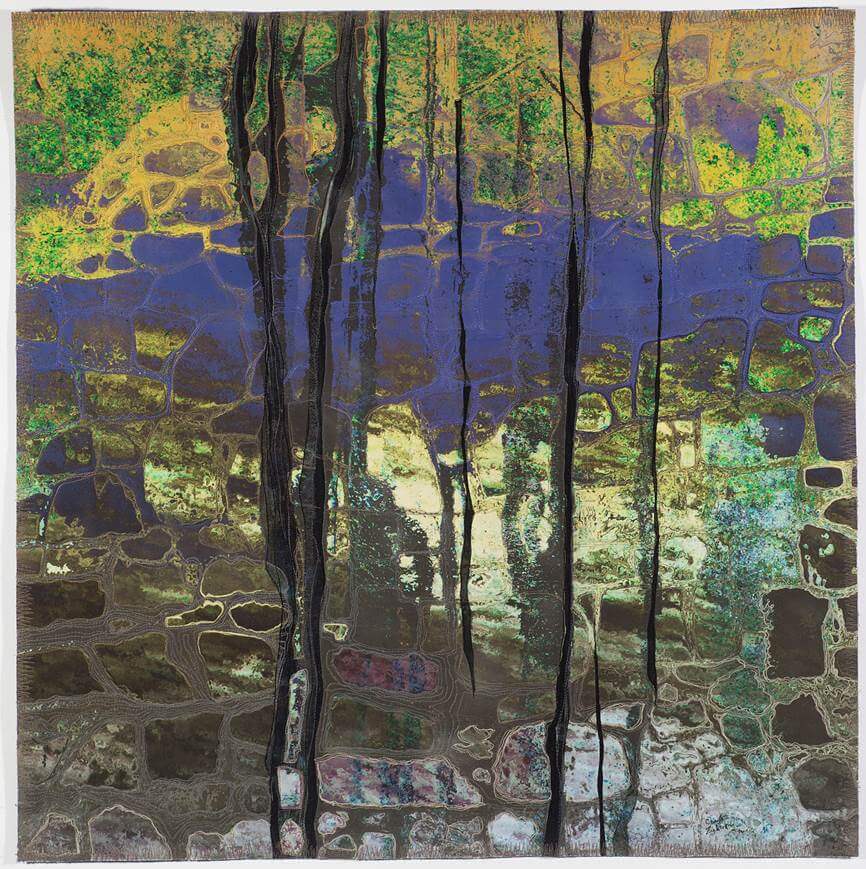 I have seen Phantom before, but never like this. This production is utterly unforgettable; ambitious and colorful with an edge I didn’t feel in previous incarnations. In the subjectivity through which we view theater, “edge” is my aesthetic. The show itself has grown in spectacle, with a cast and orchestra of 52 members it’s one of the largest company’s on tour at the moment. As brilliant as the cast was, the creative on this show is jaw-dropping. The economic and multi-faceted set design by Paul Brown is a star in and of itself. Effortlessly transitioning from the Opera house to the Phantom’s lair, to the graveyard, to Firmin’s office where it opened up like a flower; I was entranced by every move that set made. The costume design was led by Christine Rowland, who executed the vision of the original design by Maria Bjornson (1949-2002) That vision propels us into the late 19th century with intricate and rich design and color schemes that juxtapose the shows dark nature.

On a personal note, behind me sat a family.  Mom, Dad and two young boys, we chatted for a few moments before curtain. Mom said, “they didn’t have a choice, they had to come to experience this.” And THAT just makes my heart sing (no pun) because there IS no experience like Phantom on the stage. There are other musicals I can say that about too…Wicked, comes to mind with it’s over the top gravity-defying numbers. The Lion King. But Phantom predates all of them and in this new 2018 production, it’s clear that the show is capable of remaining relevant today. At the end of the show, I asked the kids how they liked it. “Actually…it was awesome,” they murmured, not wanting Mom to hear. For me, that’s all the review I need.

If you want to see all of the magic that can happen at the Orpheum, do not miss this show.

Phantom of the Opera runs at The Orpheum Theater through Dec. 2nd. For tickets visit www.ticketomaha.com or call 402-345-0606