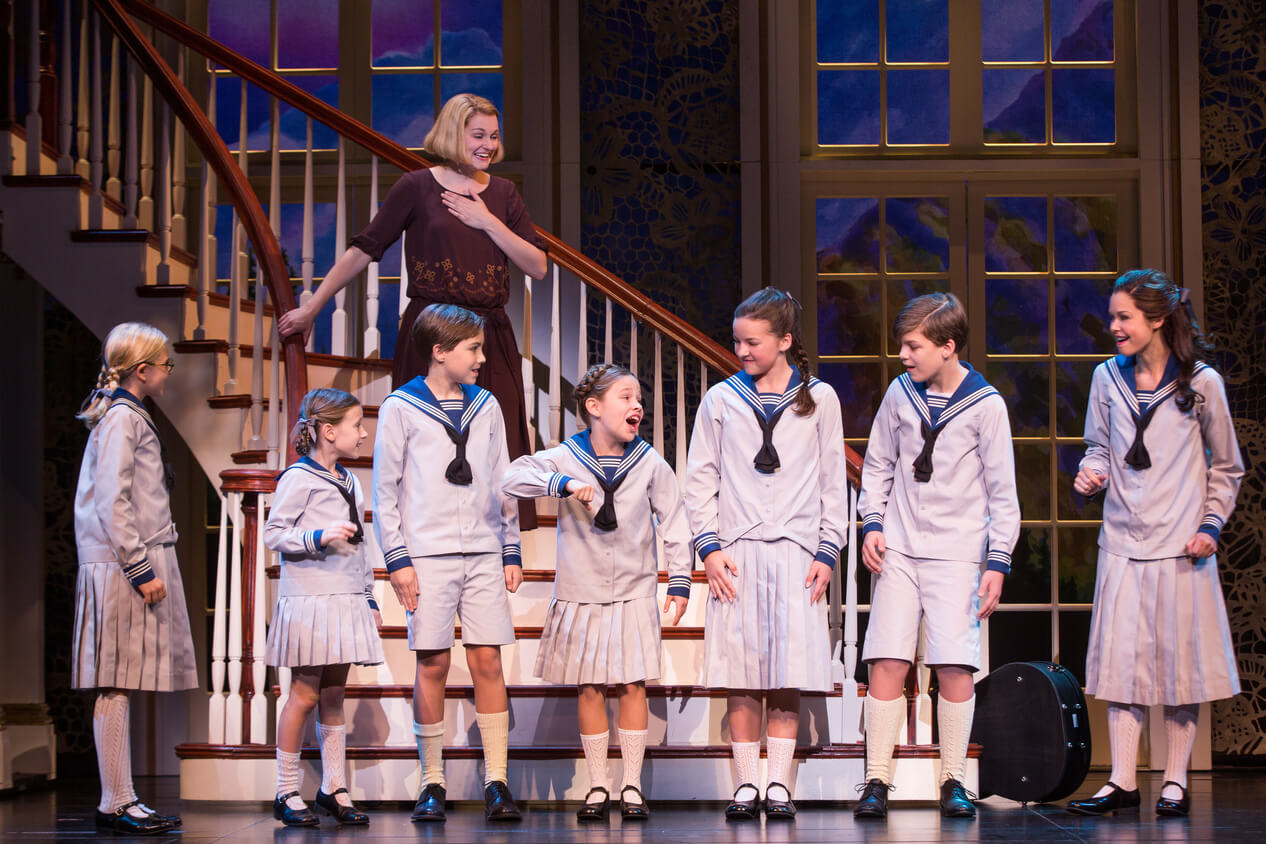 The Sound of Music first played the Orpheum Theatre a few years before we saw Julie Andrews as the movie’s Maria in 1965…and almost every year for the next half century.

And I’d interviewed the real Maria Von Trapp, so that up-close-and-personal impression of a tall, dignified woman with her gray hair tied in a bun competed with the perky young Julie.

That made it especially interesting Tuesday night to size up the latest Maria, Melody Betts, in the opening scene of the touring production. First came a reminder that our favorite images of Maria and the Von Trapp children come later and we begin at the very beginning, not with do-re-mi, but with glorious sounds from the religious sisters in the abbey, minus Maria who missed roll call while singing in the mountains.

When she arrives late and apologetic, the most surprising thing about Maria is that she towers over the Mother Abbess, as I suspect the real Maria did in late 1930s Austria. What matters, of course, is that Ms. Betts and Caitlin Burke, subbing in the Abbess role, both sing beautifully and create appealing characters.

I doubt anyone unfamiliar with the story or the songs is bothering to read a review of one of the most oft-revisited musicals of all time, but the original stage version brings a few departures from the film that followed. Instead of saving “My Favorite Things” when a thunderstorm sends the siblings scurrying to Maria’s bed, the errant postulant shares it with the Abbess. (Don’t worry, the Abbess still does a soaring “Climb Every Mountain” to wind up Act One with something powerful enough to lift the crowd to the intermission restrooms.)

So the earlier use of warm woolen mittens and whiskers on kittens means Maria’s bedroom distraction of the storm-skitterish kids requires a yodeling take on “The Lonely Goatherd,” which spares trying to do the movie’s marionette show.

None of this matters much when it comes to the heart of this story. What matters is Maria first winning the hearts of the children and then capturing Capt. Von Trapp by bringing music back into his life after the loss of his wife. If you care to quibble about minor variations from the movie, perhaps you’ll miss a sentimental moment when the Captain joins the children in a tender rendition of “Edelweiss.”

Instead, his conversion from the whistle-blowing martinet comes with him joining in the title song. Ben Davis makes that a moving scene and provides the emotional treatment expected for “Edelweiss” at the final performance before the family escapes to those “hills alive with the sound of music.”

I’d just had cataract surgery that morning, so probably was filling in the children’s faces, especially little Gretl, with the film’s youngsters. Paige Silvester, as “16 going on 17” Liesl, has the best opportunity to stand out as a remarkably lissome lass, and her nimble grace contrasts nicely with boy-friend Rolf, a “teen” too big for his bicycle and one who’d make a believable tight end in the NFL.

If you’re better than I am at catching the lyrics to unfamiliar songs, you’ll get a clearer grasp of the political conflict between Capt. Von Trapp, his friend Max Detweiler (Merwin Foard) and his prospective bride Baroness Schraeder (Teri Hansen) when Max and the Baroness sing “No Way to Stop It,” one of the songs not found in the film.

Without the close-ups found in cinema, we don’t have a complete a picture of the Baroness, but that’s not much of a problem. We keep re-visiting this durable musical to root for Maria and the children.