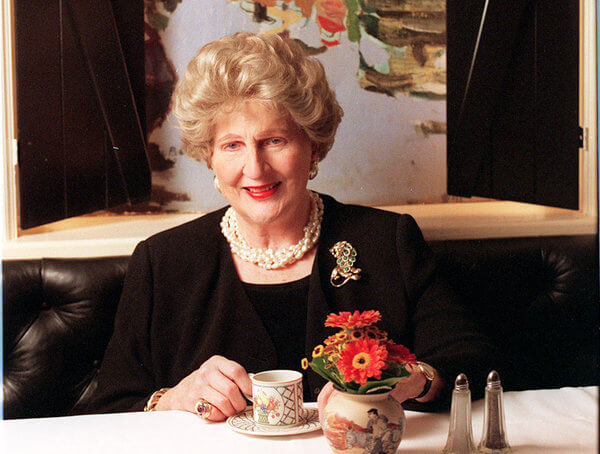 Here’s one of my favorite bits of Omaha Community Playhouse trivia and it involves that great native Omahan who died last week at age 86, Letitia “Tish” Baldridge. If you read Mike Kelly’s column, you know about her connection to Jackie Kennedy and her fame as an author and etiquette columnist.

More than a half century ago, she was 13 and one of many young girls who auditioned for the theater’s production of Raggedy Ann and Andy. The most obvious reason she didn’t win the title role as Raggedy Ann?

She was 6-1, and that height didn’t make her a basketball or volleyball star, much less a leading lady in the 1930s. She won a less glamorous role: “Tired Old Horse.”

Now lets talk about 3-year-olds. You have one final chance on Saturday to see Bright Ideas, a Skullduggery comedy at the Pizza Shoppe Collective in Benson. Don’t miss Kate Bacome as a mother who’d literally do anything to help her son Mac achieve perfection in time for his fourth birthday.

“I don’t stop half way to perfection,” she insists, “I’m taking my son all the way.” If her co-worker, Denise (Caitlin Mabon), stands in his path to pre-school, namely the Bright Ideas Early Childhood Development Academy, well, bye-bye Denise.

If a teacher (Rachael Osborn) praises young Mac in all 39 achievement areas, but mentions his preference to playing with rocks rather than dolls, beware. Before long, Kate’s uber-mom is packing heat and even her boozing hubby (Nick Rowley) isn’t safe.

John Hatcher, who has played classic heavyweights for Brigit St. Brigit and others, plays a variety of characters who have only one thing in common: his over-the-top treatments, including an angry Irish airplane steward and a fawning pre-school parent. Eric Green also delivers a delightful mixed bag, from a frightened pre-school leader to a singing party beaver.

Theater fans should especially enjoy Eric as the kiddie acting specialist who promises to take toddlers from “Pussy Cat, Pussy Cat, where have you been?” to doing the big Biff and Hap scene from The Death of a Salesman.

Once again we’re reminded that Andrew McGreevy has given us some outstanding theater on a shoestring budget. And credit Andy Saladino for directing a play that works even with the tumult of pizza-eating on the other side of the wall.

Also coming up this weekend: Fame at Iowa Western Community College in Council Bluffs. Then Nov. 14 brings Mirror of the Invisible World to the University of Nebraska at Omaha.

Cold Cream look at theater in the metro area. Email information to coldcream@thereader.com.