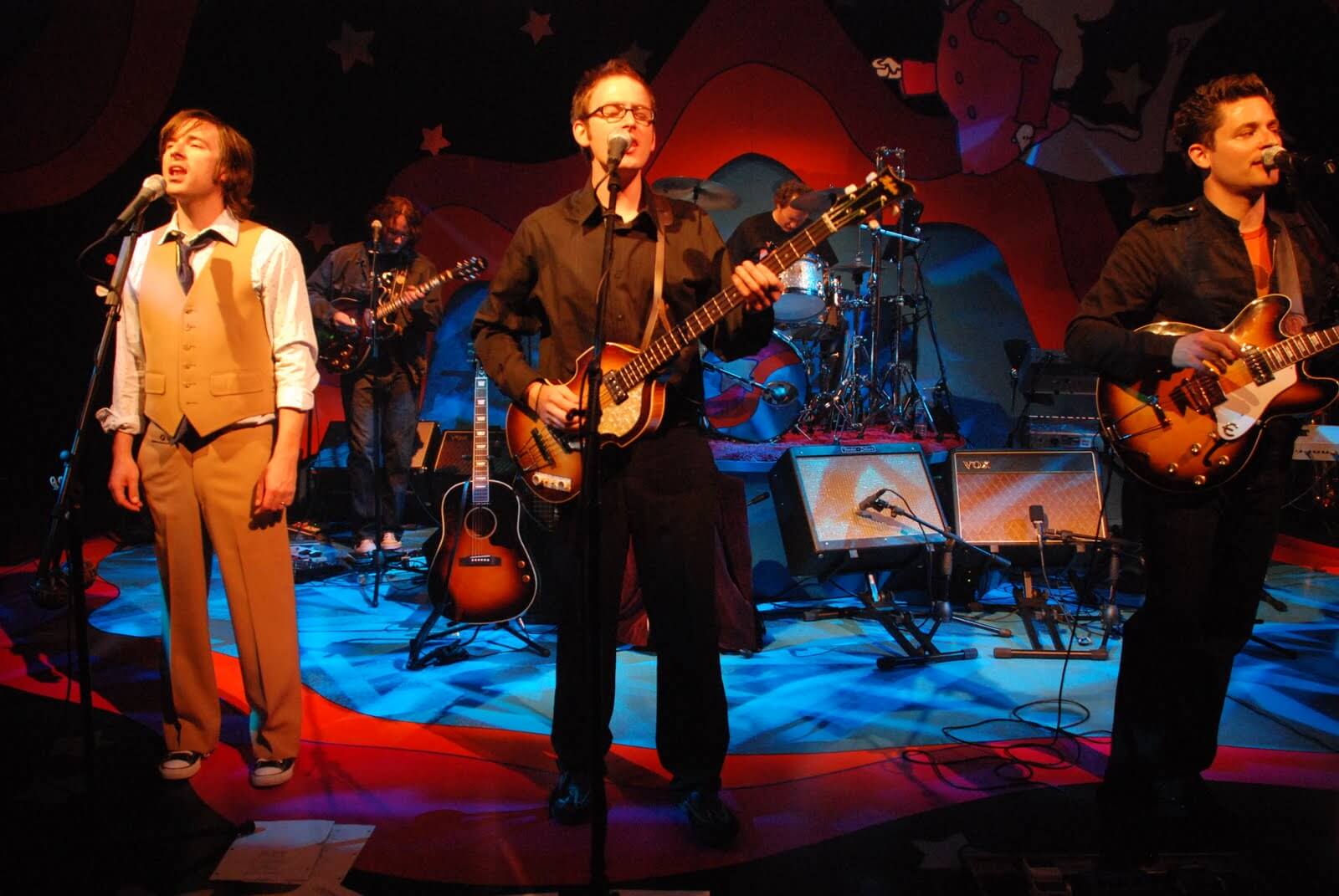 There’s more than three Reasons and three McGuigans to see two openings this weekend. The Reasons all appear in the latest work of Omaha’s most prolific playwright, Doug Marr, whose Circle Theatre presents Witch Way to the North Pole.

Krista Reason plays Driselda, the main witch, and daughter Katya plays the young witch who wants to find Santa Claus. In this case, that’s “Corporate Santa” played by David Sindelar, who brings both beard and girth most months of the year.

Rex Reason appears as the mighty Quinn, a super science nerd who works for Santa. Then there’s Chris Elston as hippie worker agitator and two more witches in training, Julie Bielewicz and Maggie Dowd. And don’t forget the elves—Telvard, Caprice and Weeble, played by Will Donlan, Kiersten Wendell and Laura Marr, who directs her husband’s umpteenth stage offering at Central Presbyterian Church, 55th and Leavenworth.

And the three McGuigans—Billy, Matthew and Ryan—aren’t the only reasons to see Yesterday and Today returning Friday to the Omaha Community Playhouse. Their interactive run through the Beatles songbook, backed by the usual master instrumentalists, continues right up through New Year’s eve.

For me, it’s an annual checkup to see if I’ve recovered from adult onset Beatlemania. At $38, it’s not covered by health insurance but still a bargain for the chance to sing along with “Hey Jude” and other favorites. Shows run 7:30 p.m. Thursday-Saturdays, 2 p.m. Sundays, with 7 and 10 p.m. performances at different prices on Dec. 31.

If you haven’t seen Spielberg’s Lincoln movie yet, you’ll be reminded that not only was Abe attending theater that fateful evening, but his youngest son Tad was seeing a children’s play. I recently learned that my great-grandfather, a stern Lutheran minister, sermonized that Easter Sunday suggesting that the President wouldn’t have been shot had he observed Good Friday more properly than going to the theater.

It almost got him lynched.