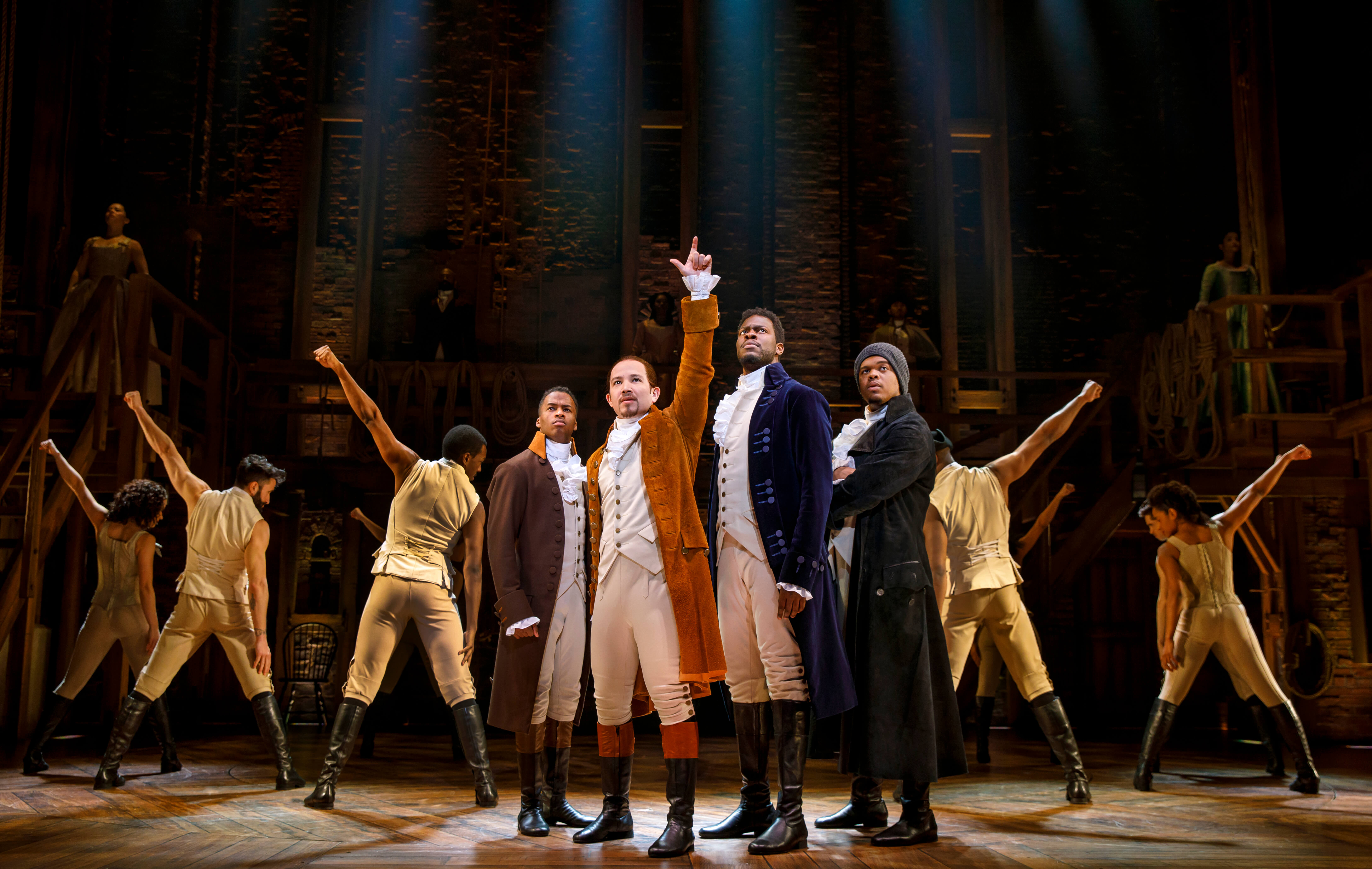 When Hamilton hit the scene in 2015, it was an immediate sensation. In the      years since its Broadway debut (at the Richard Rodgers Theatre), it’s made its mark as a cultural phenomenon, challenging the traditions of musical theater both creatively and racially. Once the hottest “you can’t get it” ticket in New York, Lin-Manuel Miranda’s masterpiece is now making its way across the country and introducing a new kind of Founding Father to the masses. Hamilton is the show that lives up to its hype. There’s a reason tickets have long wait times and high prices, and it’s because the excellence of the artistry demands it.

Hamilton is an EXPERIENCE.

As a musical theater fanatic, I can say that about many shows, each with its own charm and style. What sets Hamilton apart, for me, is not only the historic representation of actors of color in key roles, in a storyline where race is not necessarily a factor, but  it’s how those demographics are reflected in the audience. As a theater professional, it’s part of my purpose to show young people of all ethnicities and backgrounds work that represents them gloriously. Work that uplifts and upholds the standards of classical theater with a new depth of inclusivity — and that is exactly what this show does.

Enough about me! Let’s talk about the show.

Hamilton opens with a roll call of who’s who. We learn about Hamilton’s humble, orphan roots — he was born in the Caribbean — and the way he makes it to New York, as told by the people who loved him, trusted him, fought for him and died for him and, of course, the infamous man who shot him. From then on the show takes off on a remarkable journey of cross-continental politics, love, jealousy and warfare that, even with an intermission half-way through it’s three-hour run, doesn’t let you go until the final applause. 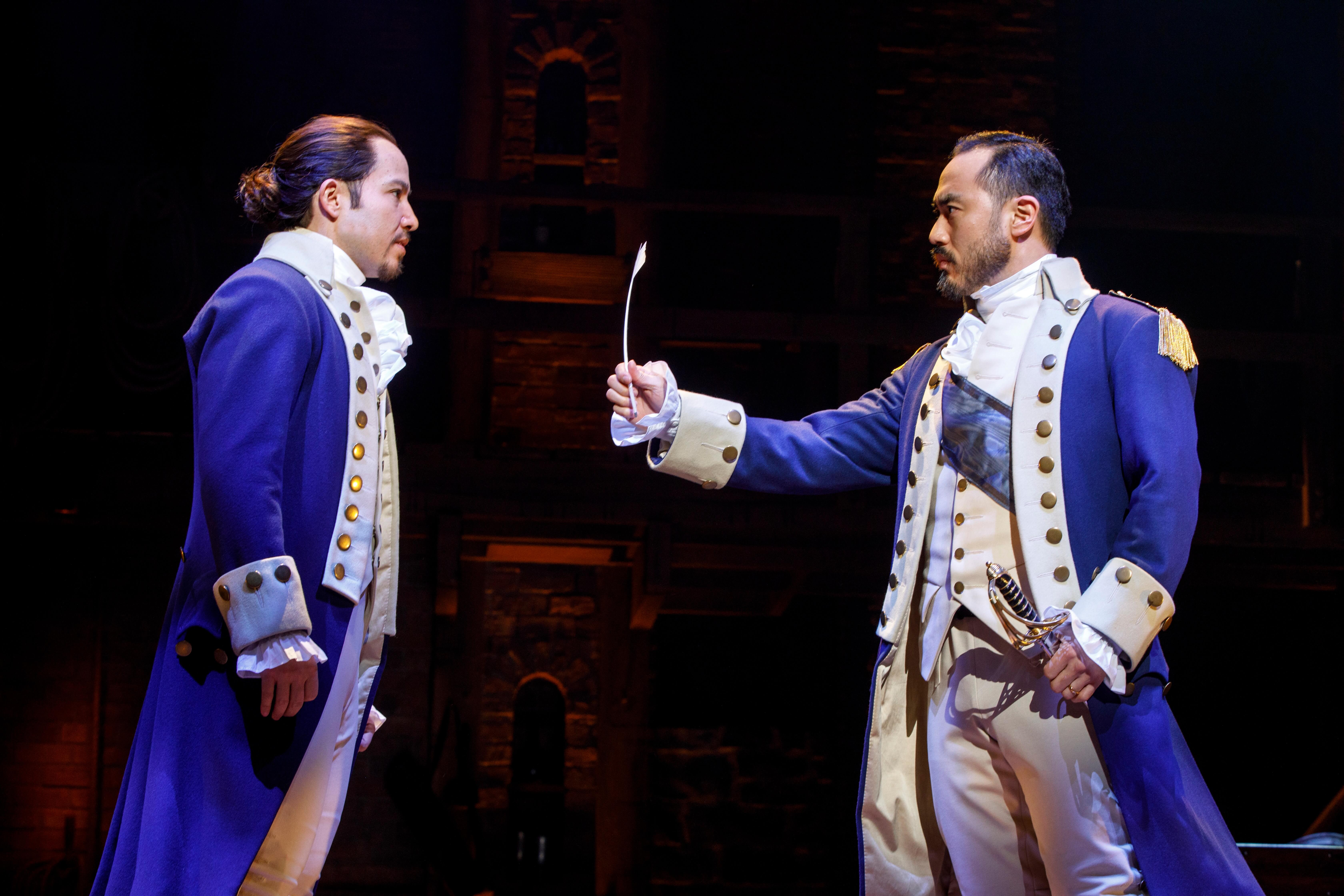 Joseph Morales, played Alexander in the production I saw, and there were times I had to remind myself I wasn’t seeing Lin-Manuel himself as their resemblance was nearly identical from my seat. Other audiences may see Nick Sanchez in the role, as many actors get to play with the casting throughout the run. Morales is a hero to root for. The role of Hamilton is a demanding one; he engages us, makes us understand war from his side, annoys us, infuriates us and fills us with empathy and emotion. Morales took me there. From the fast-paced, exciting 19-year-old in “My Shot” to the brutally maudlin 45-year-old singing “It’s Quiet Uptown” and all of the stages in between, Morales never let us forget whose show this is.

My evening’s Aaron Burr was played by Pierre Jean Gonzalez, whose seething energy gave flight to his biggest numbers, including “Wait For It” and “The World Was Wide Enough.” Burr plays somewhat of a narrator throughout the show, and I was able to truly connect with his character trope in this production; the events that lead up to the final duel were made more clear to me upon a second viewing (I saw the Des Moines tour last April). It helped that I didn’t spend the entire show sobbing this time. Gonzalez’s performance really helped me understand Burr. To make a villain from history empathetic is a huge and beautiful challenge, and he took it on well.

Although Alexander Hamilton is clearly at the center of the story, the show is truly an ensemble, with several actors switching key roles from the first act to the second. And they’re mesmerizing at it. Warren Egypt Franklin plays both the French Revolution’s Marquis de Lafayette and an over-the-top Francophile Thomas Jefferson, bringing humor and stage-defying energy. Desmond Sean Ellington takes on Hercules Mulligan, a tailor turned spy, and the co-signing James Madison. John Laurens and Phillip Hamilton are played adorably and memorably by Elijah Malcomb, and Schuyler sister Peggy and the seductive Maria Reynolds are played by the electric Nyla Sostre. Marcus Choi plays the perfect George Washington, ending his term to roaring applause with soaring riffs in “One Last Time” and Neil Haskell finds the shows funniest moments as the crowd-pleasingly villainous King George. Other cast members pick up smaller roles seamlessly throughout the show, creating a tight ensemble that truly breathes as one. 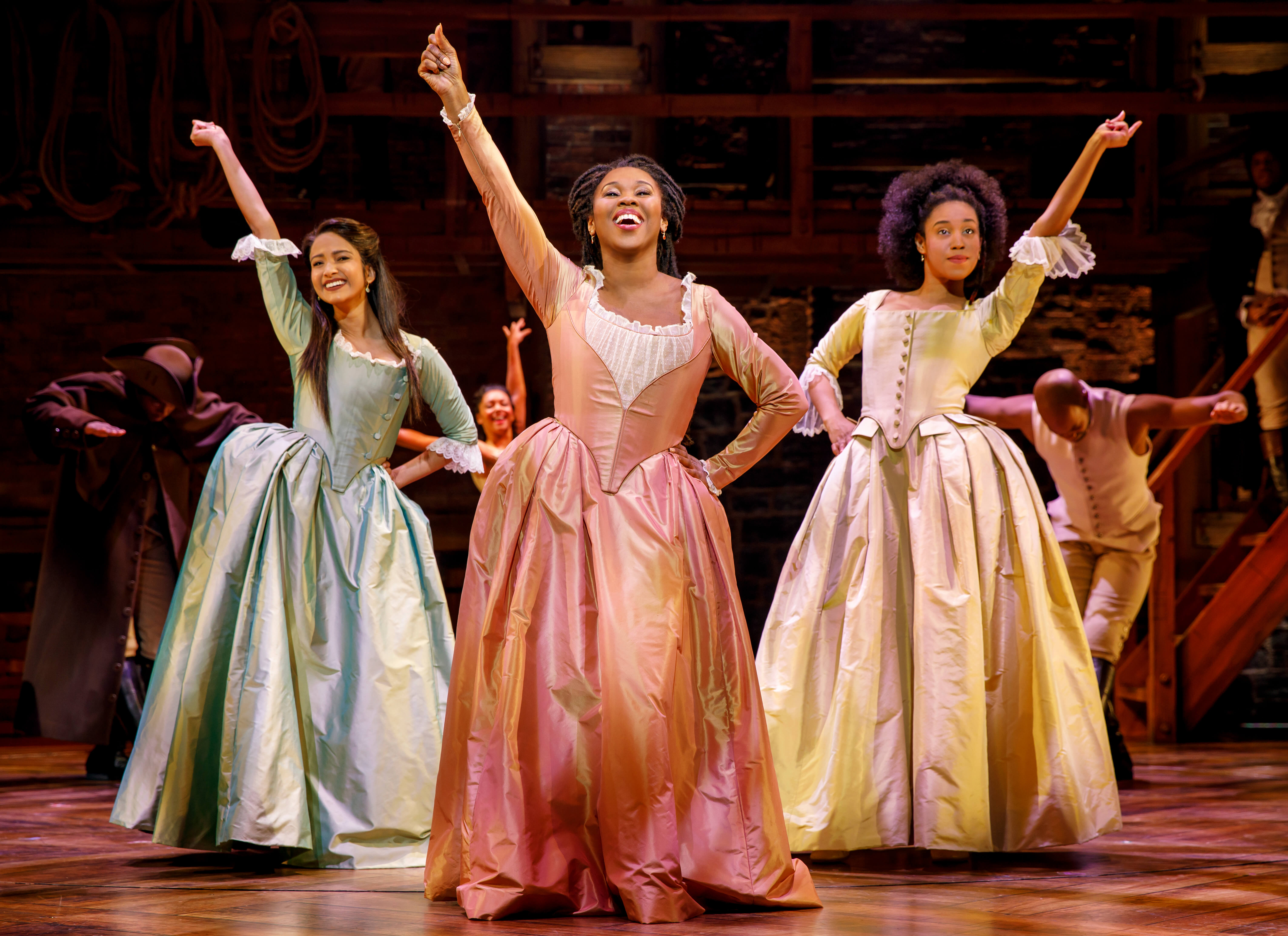 Two more major players in that ensemble are Ta’Rea Campbell and Erin Clemons, who play the women who loved Alexander the most, Angelica and Elizabeth Schuyler. (I take a moment here to collect myself.) As dynamic and big as the leading men are on the stage, these two women bring so much heart and emotion to their roles, showing that every scene they’re in is simply theirs. Angelica is the highly intelligent older sister, who shares an immediate bond and attraction with Alexander. They share political intellect and a passion for making change in the world, and her true feelings are revealed in the heart-pounding “Satisfied.”

Eliza, is the sweet, younger sister, who ultimately takes Alexander’s heart and name. She’s the mother of his children, the forgiver of his sins and, ultimately, the one who tells his story long after his fateful final meeting with Burr. In the end, it’s just as much Eliza’s legacy and life as Alex’s. That was a major takeaway for me. Clemons shines bright in her ballad, “Burn,” and then, of course, in the final number.

I cannot wrap this review without raving about the insanely talented and polished ensemble dancers. There’s hardly a second of the show that isn’t choreographed, and every beat, every movement is highly curated and connected to the emotion of the moment. It’s a sight. There’s so much to take in, and these professionals leave you breathless and wanting more. They’re a huge part of the storytelling.

A larger-than-life show like this has so many people to fawn over. It is a masterful achievement — from the cast to the tech requirements, lights, sound, choreography, musical direction, set…I’m so thoroughly impressed and excited to share this with our city.

Please try to get your butts in seats and witness this phenom while you can! You will leave better than you came.

Hamilton runs in at the Orpheum theater through September 29th tickets on sale at TicketOmaha.com