Home » Stage » If the play’s the thing, then what about gender?

Theater offers windows on the world, yet only a fraction of plays produced anywhere are written by women. This arts parity issue has urgency with national initiatives extending to Omaha, where theater artists variously discuss the problem and implement remedies.

“The initiatives have been around for about a decade now,” said Creighton University theater professor Amy Lane. “The most well-known, 50/50 by 2020, started in response to a study that revealed women’s voices grossly underrepresented in theaters.”

In 2006, 17 percent of plays professionally produced nationwide (12 percent on Broadway) were written by women. “Surprising,” Lane said, given that “60 percent of the theater audience is women.”

She wonders if “there will be true gender equity by 2020” and what “progress” has been made thus far.

UNO theater professor Cindy Melby Phaneuf echoes many when she says, “My opinion is we are moving in the right direction, but still have a long way to go.” She heads the National Theatre Conference, whose Women Playwright Initiative has produced 500 plays by women since 2011 and expects to reach 1,000 by 2020. “I am encouraged by the energy and interest in gender parity, but am most interested in taking action.” 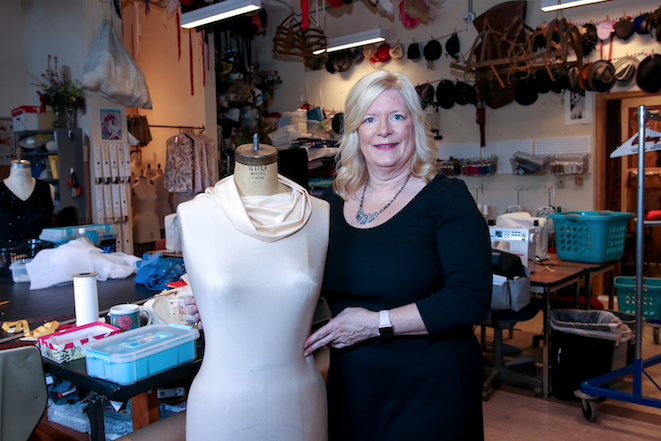 “I support these initiatives and applaud the theaters implementing them,” said Omaha playwright Ellen Struve.

Struve’s had plays mounted at the Omaha Community Playhouse (OCP) and Shelterbelt Theatre and across the nation.

“When I began writing plays, I didn’t know many other women getting produced on a regular basis. This past year I was able to invite more than a dozen Omaha-based women playwrights to participate in the 365 Women A Year project. It was so exhilarating to look at that list of writers. Even better was to see a few of the plays fully-produced by Denise Chapman at the Union for Contemporary Art.” 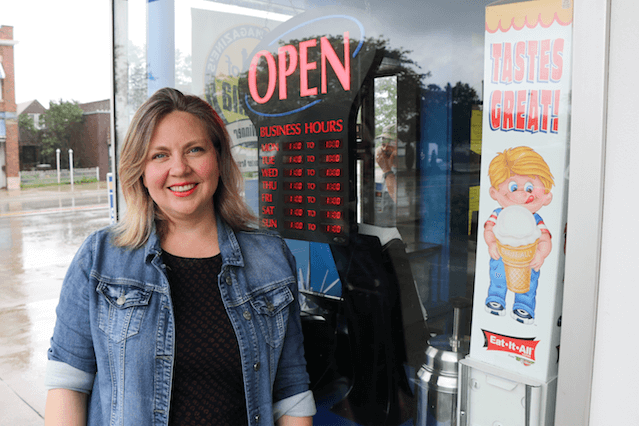 2017 panels hosted by the Blue Barn Theater and the University of Nebraska at Omaha dialogued about the social-economic context behind exclusion and why plays written by women would enrich any season.

“Panels are great for raising awareness. Representation matters: for women and female-identifying playwrights, directors, actors, designers, crews, administrators. Discussions are fine, but action is what is needed,” said  Lane.

Lane said Creighton’s “made a commitment to continue with the 50/50 by 2020 Movement” beyond this season.

“UNO and Creighton have agreed to shine a light on what our greater Omaha community is doing already and look to the future to provide more opportunities to revel in women’s voices. The goal is gender parity on a permanent basis as an ordinary way of programming our seasons representing diverse voices. With parity also comes a desire to produce plays by writers of color. We are constantly on the lookout for plays that represent a variety of cultures and heritages.”

Outside the academic setting, Omaha presents a mixed bag in theater gender parity.

Phaneuf said despite some gains, many Omaha theaters present seasons with only one or two works by women. Sometimes, none.

“Those making artistic decisions at Omaha theaters either care about this issue or they don’t. If they care, then it is not a difficult task to make sure a theater’s season includes works by women,” Lane said. “There are plenty of terrific plays out there and plenty of resources to find them. If this is not an issue that matters to them, then they shouldn’t be surprised if they get called out. I think more of us who do care should speak out more when we see gender parity ignored.”

OCP artistic director Kimberly Hickman said “more opportunities for female artists is among her programming guidelines.” This past season several OCP playwrights and composers identified as women as did all its guest directors and many designers.

“Parity in theater is a complex issue that can’t be simplified to only gender,” Hickman said.

A session on female leadership she attended at a recent conference for regional theaters brought this home. 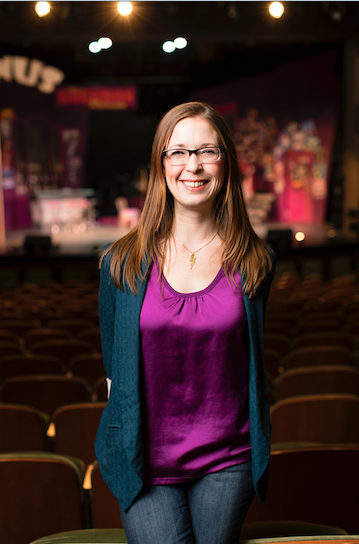 “While the room of women had many things in common, our experiences were very different due to ethnicity, sexuality, economic status, academic background, location. All these factors need to be taken into consideration. I believe the best way to make progress is to look at who is at the table making decisions. If the people all look the same, that is a problem and steps need to be taken to evolve. I also think accountability is important. I have intentionally surrounded myself with people I know will hold me accountable.”

The Shelterbelt has a demonstrated “strong commitment to gender parity, not only for playwrights, but for all production positions,” said executive director Roxanne Wach. “We do try to include at least 50 percent women playwrights in a season, while still creating a balance in storytelling and genres. It’s a conscious choice by our reading committee and a shared vision of our board.

“I personally feel if we don’t start with parity in the small theaters, it will never happen in larger theaters.”

“To look just at playwrights is only scratching the surface,” Wach adds. “We’ve got to start valuing the work women bring to all areas of theater production and the great value in having different points of view.”

“We are one of the few major development programs that do this,” producing artistic director Kevin Lawler said. “We have had many long debates about whether we should change to have predetermined selection percentages to include gender, race, identity, but the overwhelming consensus by our staff and those who attend the conference is to keep the selections blind.

“Even with a blind selection we have always been close to parity. This year was a clean 50-50 split. Our women playwrights often appear on the Kilroys List (of most recommended unproduced or underproduced plays).”

UNO’s new Connections series is being curated from GPTC works by underrepresented playwrights.

“Many people simply don’t and won’t trust plays by women. It is astonishing people still assume women can or will only write about being imprisoned by their bodies or men. That idea has been beaten into a mass theater-going audience by over-produced, overrated, wildly misogynistic male playwrights and producers and by artistic directors financing and programming plays with reductive and fearful depictions of female characters.

“I believe men and women tell stories differently and because the creative industries have long been dominated by male voices, we as a culture have become conditioned to hear in those voices. I think to correct the imbalance we are going to need some risk-takers, visionaries and deliberately opened minds.”