As old Chuck Dickens would have eulogized, it was the best of times and the worst of times.

The theater season that ended in the spring of 1994 saw Charles Jones, the dominant force in driving the Omaha Community Playhouse to the top, hospitalized for three months as his health failed.

Yet he managed to write his stage version of Willa Cather’s My Antonia, and the shows went on with his wife, Eleanor Brodie Jones, directing a memorable version of M. Butterfly with a brilliant Bill Hutson and Don Nguyen, and Susan Baer Collins (then Beck) taking over A Member of the Wedding.

Though those days a quarter-century ago were the beginning of the end for Jones, the larger-than-life Georgia gentleman, they also saw the rise of four significant theater companies: the Bluebarn with its cutting-edge dramas, Brigit St. Brigit with Irish plays and other classics, and SNAP! and Shelterbelt with an emphasis on gay-lesbian themes and original works by local playwrights. To put that time in sharper perspective, consider this contrast:

The Playhouse, then active for seven decades, had risen to the nation’s largest of its kind in budget, staff and productions. And the other community theaters, Chanticleer in Council Bluffs and the Bellevue Little Theatre, were well-established providers of mainstream theater, with occasional forays into more adventurous fare.

But the four others might have come and gone as so many before them. Instead, they’ve survived, and in the case of the Bluebarn thrived. The others, especially Brigit guided by Cathy Kurz, staged some great shows, but only the Barn grew into a classy home of its own.

Given that triumph, it could be argued that the arrival of Jones at the Playhouse 20 years earlier was rivaled in the early 1990s by the arrival of Bluebarn founders Hughston Walkinshaw, Nils Haaland, Kevin Lawler and Susan Clement-Toberer, the Barn’s current leader, as a momentous time in Omaha theater history. Lawler added to that impact when he took over leadership of the Great Plains Theatre Conference.

Among others already contributing significantly to metro theater were Doug and Laura Marr, the former a prolific playwright working from a wheelchair and his wife an accomplished actress. Their Circle Theatre, usually performing in a church basement, blended his plays and others for several decades before turning it over to Fran Sillau, who added an emphasis on opportunities for performers with disabilities.

The University of Nebraska at Omaha, Creighton University and other schools rounded out the local offerings along with the touring companies attracted primarily by Dick Walter before the founding of Omaha Performing Arts. (And apologies to other contributors in the mid-90s from a writer who received this assignment one day before deadline.)

While the Bluebarn grew, the Playhouse remained the elephant in the room, though shrinking from its record 12,300 subscribers in 1993, and dropping from a staff of 50 to the still nation-leading 38 full-time employees.

At its peak of activity, the Playhouse toured three companies each December with the Charles Jones version of A Christmas Carol. It still presents full seasons of programs on two stages, the larger Hawks auditorium and the more intimate Howard Drew space.

A significant shift in theater offerings had taken place two decades earlier when, for a few years, Omaha had the opportunity to fill 1,200 seats at four dinner theatres primarily offering the more popular Broadway musicals.

The trouble with trying to capture the theatrical trends over the past 25 years is the tendency to get generic at the expense of the delightful anecdotes.

Suffice it to note that the 1993-94 season at the Playhouse alone brought record crowds both for a musical, Joseph and the Amazing Technicolor Dream Coat (19,677), and a drama, My Antonia (14,478).

Since then we’ve seen Christina Belford, now Rohling, rise from the child star of A Member of the Wedding and My Antonia, to Mrs. Cratchit in Carol with her children in supporting roles. And a grade-school boy named Ben Beck played “a goofy bookworm” in Marvin’s Room while his parents, Susie and Carl, succeeded Charles Jones as directors.

In features and reviews over the next 25 years, The Reader captured many of the big-stage moments from then until now.

Unfortunately, one of my favorite Playhouse anecdotes occurred about 75 years ago. That’s when a bit of silliness called Aaron Slick from Punkin Crick became the subject of this trivia question:

Why was it performed at 1:30 a.m.? Answer: To entertain the swing shift from the Martin Bomber Plant, the factory that assembled military aircraft in World War II, including the historic Enola Gay.

There were many highlights worth recalling over the last 25 years, and picking one from that long-ago season is challenging. A few I’d like to hear once more? Camille Metoyer-Moten doing Fanny Brice in Funny Girl and Jill Anderson singing the mock-heroic “Suddenly Seymour” in Little Shop of Horrors.

Warren Francke is the author of “The Omaha Community Playhouse Story: A Theatre’s Historic Triumph.” 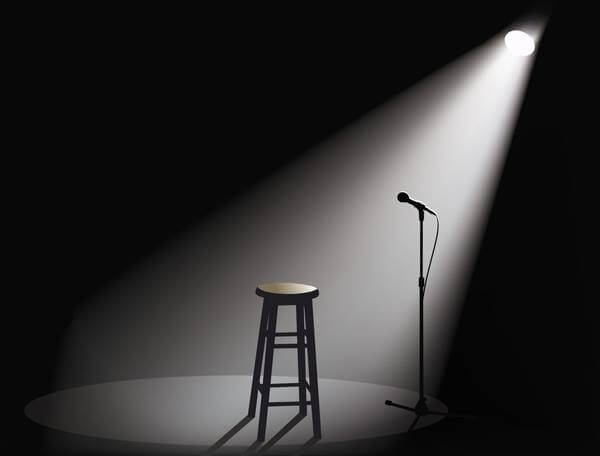