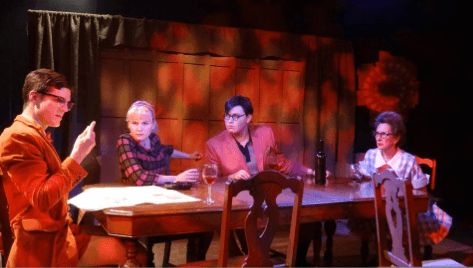 The Great Plains Theatre Conference is more than a collaborative around craft. It’s also a source of plays for theaters, whose productions give GPTC playwrights a platform for their words to take shape.

The May 27-June 2 2018 GPTC included a Blue Barn Theatre mounting of Matthew Capodicasa’s In the City, In the City, In the City. Artistic director Susan C. Toberer booked it after a 2017 PlayLab reading. The piece opened a regular run May 17, Then came a PlayFest performance. The show continues through June 17 to cap Blue Barn’s 29th season. 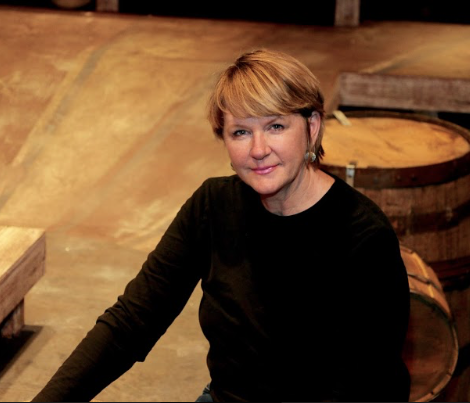 Toberer said the conference is “a good source” for new material, adding, “I wouldn’t have been aware of City if not for GPTC and it became perhaps the show we most looked forward to this season.”

Staging new works from the conference expands the relationship between theaters and playwrights.

“The incredible openness of the process is one of the many joys of working with a script and a playwright with such generosity of spirit. Not only were we able to bring Matthew into the process early and often to offer guidance and support,” she said, “but he invited the artists involved to imagine almost infinite possibilities. We are thrilled to bring his play to life for the first time.” 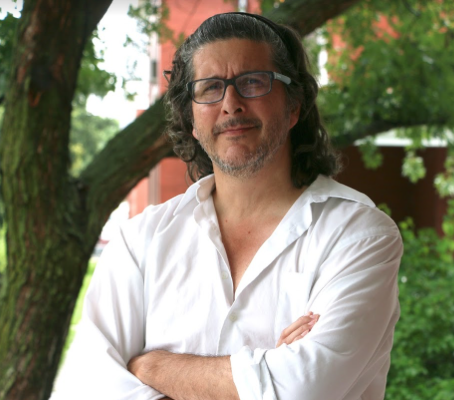 “This is part of my dream. It’s not really a dream anymore, it’s reality, that local theaters can garner and grab productions, including premiere productions of plays from the scripts that come here to Great Plains.

City is a great example of that,” he said.

“Another example is UNO now designating the third slot in their season to fully produce a Great Plains Theatre Conference PlayLab from the previous year.”

“The GPTC-UNO connection goes way back,” said University of Nebraska at Omaha theater professor Cindy Phaneuf. She’s developed alliances with conference guests, even bringing some back to produce their work or to give workshops.

The Young Dramatists Fellowship Program is a guided experiential ed immersion for high school students during the conference. It affords opportunities to interact with theater pros.

Besides honing craft at the MCC-based conference, programming extends to mainstage and PlayFest works produced around town. Then there are those GPTC plays local theaters incorporate into their seasons.

“We’ve always done plays touched by Great Plains.” Phaneuf said. “Now it’s taking another step up where we’re committing sight unseen to do one of the plays selected for play reading in our season next year. That happens to be a season of all women, so we’re reading the plays by women to decide what fits into our season.”

It will happen as part of UNO’s new Connections series.

“The idea is that UNO will connect with another organization to do work that matters to both of us. This coming year that connection is with the Great Plains.”

Additional GPTC works account for some graduate student studio productions in the spring.

This fall Creighton University is producing the world premiere of Handled by CU alum Shayne Kennedy, who’s had previous works read at GPTC.

The Shelterbelt’ Theater has produced a dozen GPTC-sourced plays since 2006, including three since 2014: Mickey and Sage by Sara Farrington, The Singularity by Crystal Jackson and The Feast by Celine Song. It will present another in 2018-2019.

As artistic director since 2014, Elizabeth Thompson said she’s nurtured “a stronger bond with Great Plains, especially since GPTC associate artistic director Scott Working is one of our founders – it’s a no-brainer.” 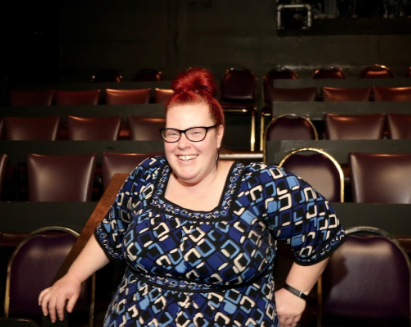 Omaha playwright Ellen Struve has seen several of her works find productions, including three at Shelterbelt, thanks to Great Plains exposure and networking.

“Some of the greatest advocates of my work have been other writers at GPTC. I’ve helped get GPTC writers productions and they’ve helped me get productions. We are always fighting on behalf of each other’s work,” Struve said. “My first play Mrs Jennings’ Sitter was selected as a mainstage reading in 2008. (Director) Marshall Mason asked me to send the play to companies he worked with on the east coast. Frequent GPTC playwright Kenley Smith helped secure a production in his home theater in West Virginia.

“When my play Mountain Lion was selected (in 2009), Shelterbelt offered to produce the plays together in a summer festival. Then in 2010, (playwright) Kari Mote remembered Mrs. Jennings’ Sitter and asked if she could produce it in New York City.”

In 2011, Struve’s Recommended Reading for Girls was championed to go to the Omaha Community Playhouse, where Amy Lane directed it.

“This kind of peer promotion-support happens every year at Great Plains,” Struve said. “It has been a transformative partner for me.”

Kevin Lawler confirms “a strong history” of “artists supporting each other’s work well beyond the conference.”

“A lot of directors will send me the piece they’re working on at Great Plains and say, ‘I see this at the Shelterbelt and I would love to stay involved if possible.’ That’s definitely something we look at,” Thompson said. “The writer already has a relationship with them and that can make the process a little easier.

“Actors involved in a reading of a script we produce often want to come audition for it. They’re excited about seeing something they were involved with in a small way get fully realized.”

Capodicasa’s City was brought to Blue Barn by actress Kim Gambino, who was in its GPTC reading. She studied theater in New York with Toberer.

Capodicasa is glad “the script made its way to the folks at Blue Barn,” adding, “I’m so honored the Blue Barn is doing the play.” He’s enjoyed collaborating with the team for his play’s first full production and is happy “to “share it with the Omaha community.”

“When I served on the Shelterbelt’s reading committee, I was charged with helping find scripts that could possibly fill a gap in the season,” said playwright-director Noah Diaz. “I remembered The Feast – its humor and beauty and terror – and suggested it. Frankly, I didn’t think it would win anyone over. To my surprise, Beth Thompson decided to program it — something I still consider to be deeply courageous. An even bigger surprise came when Beth suggested I direct it.

“The GPTC is providing an opportunity for the community at large to develop relationships with new plays from the ground up. My hope is by having direct connection to these writers, Omaha-based companies will begin shepherding new works onto their stages.”

“Because we’re a theater that only produces new work,” Thompson said, “these plays have a much better chance of being produced with us than they do with anyone else in Omaha.”

Doing new work is risky business since its unfamiliar to audiences, but Thompson said an advantage to GPTC scripts is that some Shelterbelt patrons “already know about them a little bit because they’re developed with Omaha actors and directors – that helps.”

Twenty plays are selected for GPTC from a blind draw of 1,000 submissions. Thus, local theaters have a rich list of finely curated works to draw from.

“These playwrights are going places,” UNO’s Phaneuf said. “You can be in the room with some of the best playwrights in the country and beyond and you can get to know those writers and their work. It’s wonderful to see them when they’re just ready to be discovered by a lot of people and to feel a part of what they’re doing.”

Whether plays are scouted by GPTC insiders or submitted by playwrights themselves, it means more quality options.

“It just opens up our gate as to what we consider local, and while we have amazing writers that are local, they’re not writing all the time, so it gives us a bigger pool to pick from,” Thompson said.

When theaters elect to produce the work of GPTC playwrights, a collaboration ensues. “They’re definitely involved,” Thompson said. The GPTC playwrights she’s produced at Shelterbelt all reside outside Nebraska.

“Their input is just as valuable as if they were living here and able to come to every rehearsal. We Face-time, Skype, text, email because they do have the opportunity to make some changes throughout the process.”

For Lawler, it’s about growing the theater culture.

“I love that our local theaters are being able to take different scripts from the conference and throw them into their seasons – many times giving a premiere for the play. A lot of productions and relationships are born at the conference.”

Ellen Struve has been a beneficiary of both.

“GPTC has given me access to some of the greatest playwrights alive. It’s a community. Local, national and international. It has invigorated the Omaha writing scene. Every year we get to see what’s possible and imagine what we’ll do next.”