Home » Stage » Cold Cream » Whether Bruised or Bloodied, The Show Must Go On! 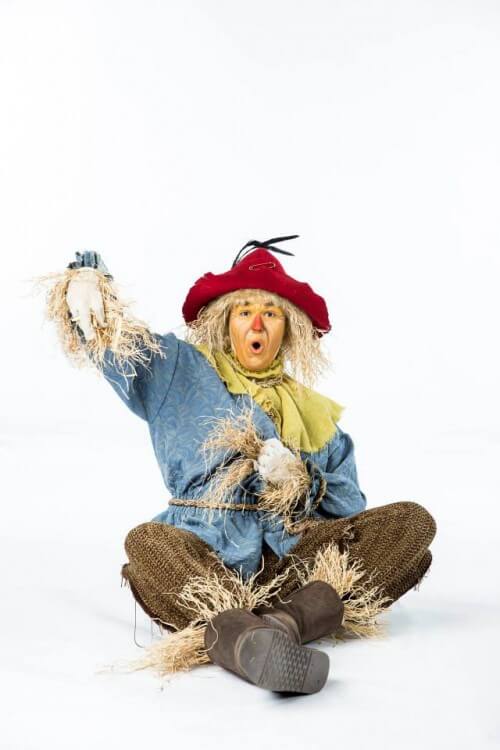 For all actors, getting injured during the run of show is something that comes with the territory of live theatre. Through the weeks of rehearsal and performances, the physical grind that an actor puts his or her body through can be monumental. If an injury occurs, more often than not we play through the pain and find a way for the show to go on. Just ask Noah Diaz or Nick Zadina.

Diaz took an awkward tumble during The Wizard of Oz at Omaha Playhouse this past weekend and took a shot to the hip. Though they had to cancel the second act of the show that night, Diaz was back at it the very next day for the Sunday performance. Zadina injured an ankle in the opening weekend of A Night with the Family a few weeks back and had to reconfigure some blocking to accommodate while he healed.

Other area performers shared some of their memorable scrapes and scratches too:

“In Metamorphosis at UNO I’m supposed to get out of a large tank of water and run offstage. I slipped and slid into the backstage wall, breaking three toes on my right foot. My head was also shaved for that show which made me even more sad and vulnerable.” – Ben Beck

“Dracula at the Brigit St Brigit Theatre Company. The Count (David Mainelli) and I were moving his coffin and neither of us stopped to think that the trap door wasn’t in place and I went plummeting through it. I was mostly unscathed except for a deep, massive bruise that stretched from my left knee to my hip. Needless to say, I didn’t have to fake being wounded after Renfield (Daniel Dorner) thrashed me that night.” – Chris Elston

“In college we did Hansel & Gretel I had a hot pot for tea backstage that spilled scalding hot water on my my hand. The skin immediately came off –I took one look at it and threw up in the bowl of “magic milk”. Poor Hansel and Gretel!” – Kim Jubenville Carlson

“I got bucked off a horse that was spooked by a rattle snake and thrown down a berm about 50′. Broken nose and pride.” – Steven Williams

“The time in Romeo and Juliet when I was in a sword fight and I got slashed across the jaw. Or was it in Henry IV when I got sliced in the left hip with a sword? No, wait. I think it was the time when I got stabbed in the groin with a dagger. Luckily that was the death blow for my character, so it was rather believable.” – John Hatcher

One can only imagine the amount of stimulus the theatre community contributes to medical community.