Home » The Buzz » View from The Top 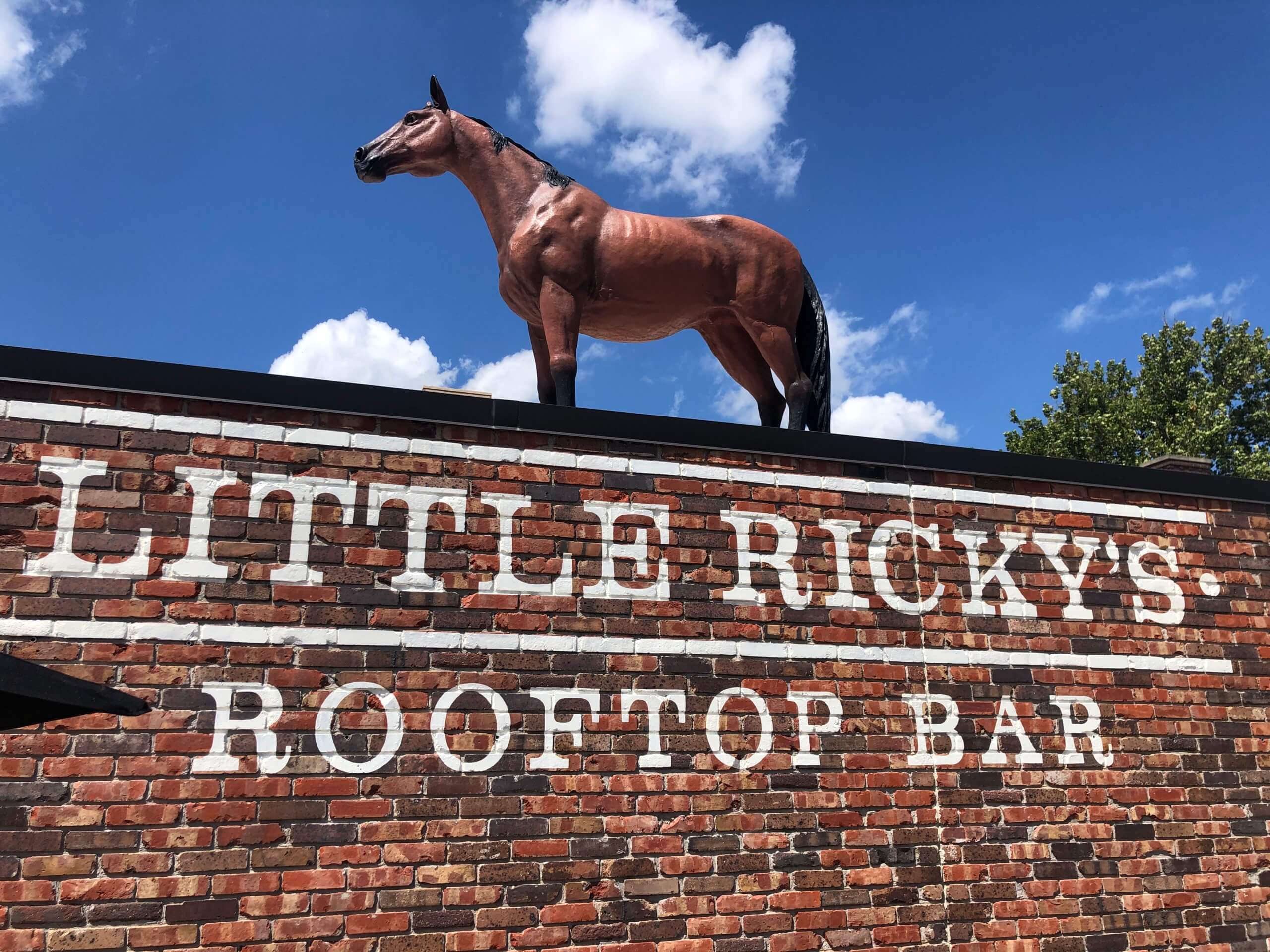 An argument could be made that nightlife in the Blackstone District is somewhat more laid back than the bustling, rowdy downtown area and a little less alternative than the Benson neighborhood. Blackstone has its own unique concept and style. When I heard news of a rooftop bar opening up in this particular district, I honestly couldn’t wait to see what this new bar had to offer. Oftentimes when you hear the words “rooftop bar,” Omaha doesn’t necessarily come to mind. Bigger cities across the U.S. and the world have an array of bars with splendid patios and even multistory levels where people can congregate, drink and take lots of trendy selfies.

Located at 148 S 39th St., Little Ricky’s might also be a little “t-ricky” to get to if you aren’t familiar with the area. The entrance is right behind Nite Owl, and is located in a former yoga studio. If you really get lost you will see an elevator wheelchair lift which is situated next to some stairs.

As you walk into the bar, hanging plants and stained glass chandeliers give you an almost botanical feel. Little Ricky’s is perfectly lit, in the sense that there is enough light in the bar to be seen and or just relax in your own corner and have a drink depending on your mood. 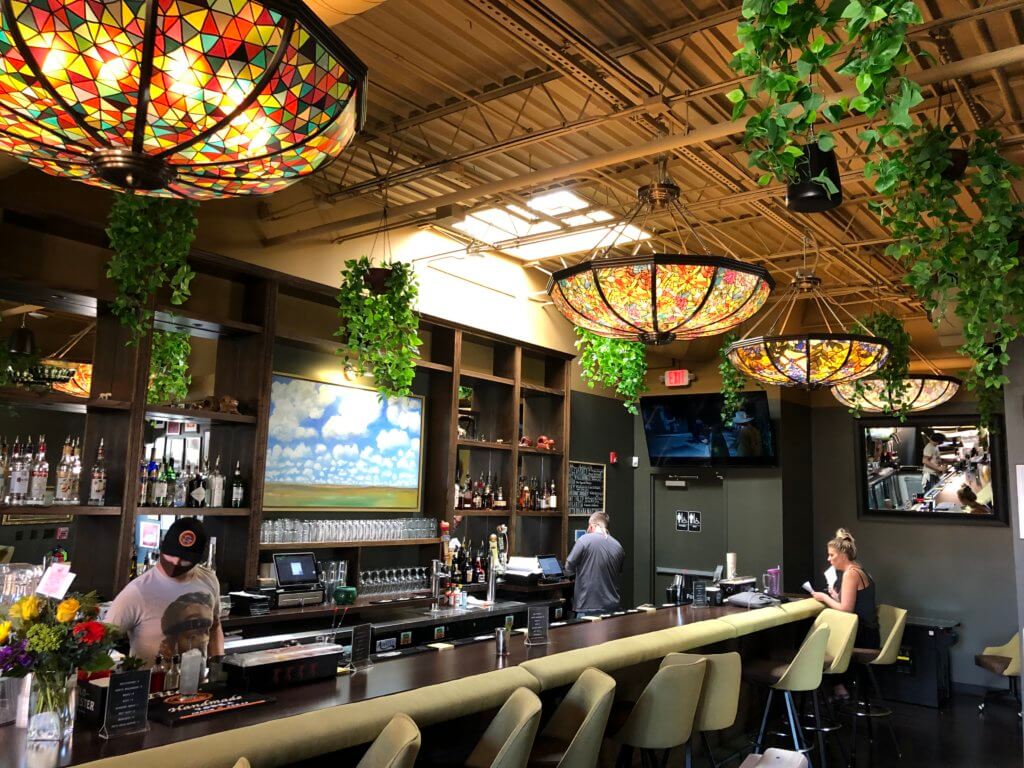 A set of stairs to the left hand side of the bar leads to the rooftop area and is handicapped accessible. The Rooftop patio looks down on Farnam Street and can fit roughly 40 people. Lantern poles and a giant lifesize sculpture of a horse adorns a part of the roof that is not accessible to clients.

Drinking your cocktail and looking down on the Blackstone district gives you a little kid thrill. I enjoyed this fleeting feeling and then thought, Why aren’t there more bars like this in Omaha? Because Omaha is known for extreme, bipolar weather all year round (eye-roll to you Mother Nature!) Little Ricky’s plans to adapt and enable its rooftop to stay open all year long; whether that means adding a greenhouse cover or shield, the bar is planning to take advantage of its space throughout the seasons.

Little Ricky’s pays homage to its Kentucky Derby heritage in part because the bar’s owner once owned a horse named Little Ricky who almost made it to the Kentucky Derby. The bar’s back wall is lined with whiskeys and bourbons. According to the general manager named Chad, the bar will offer a much wider variety of spirits once the pandemic subsides.

“The pandemic has affected many bars not only in the sense of not having customers physically in bars because of the shutdown,” Chad said, “But liquor and supplies are harder to come by. It really has affected all corners and aspects of our industry.”

A Mint Julep that packs a sweet punch to those who are not familiar with the drink. It stays true to form and is served in a traditional cup made of sterling and pewter, which is synonymous with the Kentucky Derby.

The Ricky, which is the most popular drink so far at the new rooftop bar. The cocktail has gin, creme de violette, soda and lime juice.  It has a very earthy and herbal taste but refreshing

The South Omaha Martini. This drink caught my eye because underneath the description of the drink on the menu was the line, “If you have to ask.” The South Omaha Martini is a parody and yet a tribute to South Omaha bars and people. According Chad, the “martini” is your choice of domestic beer served in a nice, cold frosted glass with olives.

The new rooftop bar plans to host a major party along with the rescheduling of the Kentucky Derby, which kicks off on September 5th. “We are working with our distributors to have some special merchandise for that event and we will be asking people to really go all out for this,” Chad says. “I really want to see people dressed to the nines, with men looking dapper and women wearing those funky, big hats. I really want people to know that Little Ricky’s is for everyone and everybody.” He added, “It’s safe, we are taking precautions and we are looking to just make our mark here in Blackstone.”

Bottoms Up: As outside patios and rooftop areas are the craze right now, 1.  because there are not that many in Omaha and 2. because people who don’t feel comfortable yet sitting inside bars but see outside spaces as great alternatives, you might want to plan to go early to Little Ricky’s to find that perfect spot. It’s the new, hip place to visit in Omaha. Bonus: Little Ricky’s drinks are moderately priced.

Remember to have fun, drink responsibly, tip your bartenders and stay healthy.  Read more of The Buzz on TheReader.com and don’t forget to follow us on Instagram for updates @thebuzz_thereader. Message us your favorite bar suggestions, which could be featured in The Buzz.