For the past decade Kaitlyn McClincy has graced and grown on stages across Omaha. Making her Omaha stage debut during the Playhouse’s 2010 run of The Awesome 80s Prom, the Pittsburgh born-and-raised McClincy has performed in some of theater’s most memorable roles, both in classics and new works. Her biggest successes as an actress include roles in The Christians by Lucas Hnath (Bluebarn), Tribes by Nina Raine (SNAP! Productions) The City in the City in the City (a Great Plains Theater Conference pick by Matthew Capodicasa, at Bluebarn), O’Neill’s Long Day’s Journey Into Night and Harbor by Chad Beguelin (SNAP! Productions) — all earning her a nomination or award. 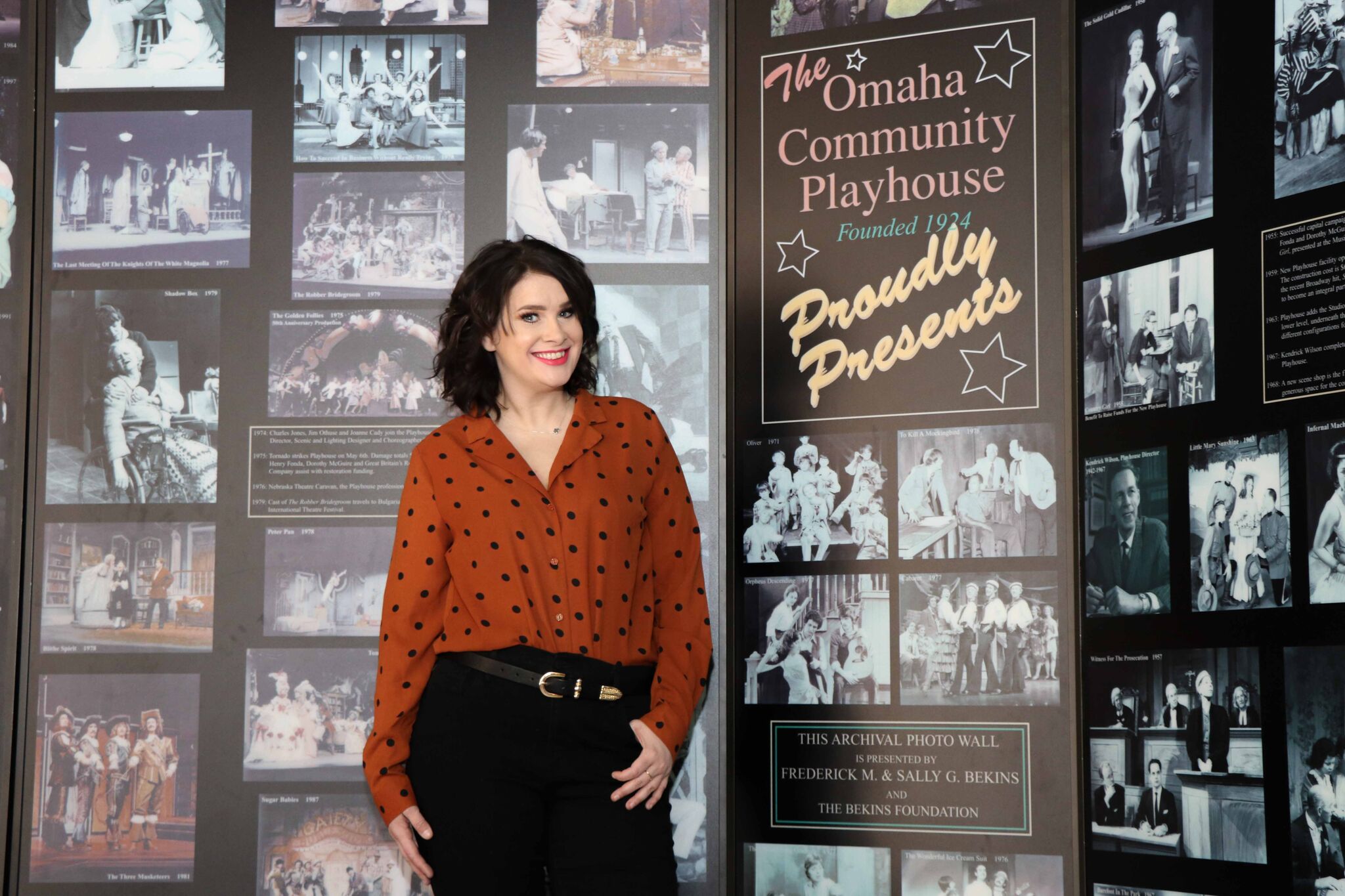 McClincy quickly became an audience favorite. Her knack for comedic timing juxtaposed with a rich ability for emotional depth (and some serious line-learning skills) made her a brand name in Omaha theater. In recent years, McClincy has successfully transitioned from a familiar face on the stage to one behind the stage as playwright and director. Two of her plays were featured at the Shelterbelt’s “Before the Boards” reading series, SLABS, which went on to production at the Acadiana Repertory Theatre in 2016, and Those Two Are Definitely Getting Murdered masterfully showcasing her proclivity for all thing’s horror and pop culture. In 2016, McClincy also co-directed (with Noah Diaz) The Candy Project’s Disenchanted! — a fantastical cabaret evening featuring Disney heroines and their “true” storylines, and from there it was off to the races also directing for Shelterbelt’s Shelterskelter revival and adapting and directing Night of the Living Dead for Omaha Community Playhouse, coinciding with her latest career venture, arts programming and administration.

As she takes on the role of artistic associate for The Omaha Community Playhouse, in charge of the Alternative Programming Series running at the Playhouse since 2011, McClincy believes she is ready for the role.

“I have acted in the series for several years, and the program always appealed to me as my tastes in theater have always been more out of the box and modern. I love that it can be a great way to introduce people to the idea that there’s more to theater than traditional titles. It’s a way to introduce people to new ideas, reach new audiences, and touch new lives with engaging stories.”

The Alternative Programming Series is a free series of performances by local actors and directors presenting critically acclaimed, bold, daring scripts that are on the theater horizon. I’ve been a fan of the series since its inception as well, drawn to its quality in talent and direction and, of course, script choice.

What sets this programming aside from anything else happening in Omaha?

McClincy: This program appeals to actors and directors because it provides challenging material with minimal rehearsal commitment. It provides opportunities for new voices to be heard both from a playwriting aspect, and for actors to stretch their artistic talents. It’s a one-night-only performance series, so actors get to stretch their talents to the limit and reach people.

What do you look for in a show or a season?

McClincy: My vision for the program is to reroute it back to its original mission statement. I want to bring shows to the attention of Omaha audiences that are new and quirky. I want to show audiences what the next direction of theater will be. I think it’s an excellent opportunity to show off newer scripts or scripts that are performing well nationally. I want to showcase the actors in Omaha in quality roles and give directors scripts that are challenging and meaty to sink their talents into. I look for scripts whose message isn’t obvious or is perhaps off the beaten path. Real voices, whether dramatic or comedic. Something you walk away from and want to see a full production.

What do you want people to get out of your first season at the helm of alternative programming?

McClincy: Some of my best theatrical experiences in Omaha have been being a part of this program. I want people who participate to feel excited to stretch their acting talents, introduce audiences to something rad, and directors to push themselves. I want the program to be a safe place for Omaha oddballs, and driving the program to push itself further every year.

How does being an actor/writer/director lend itself to your process in reading and selecting?

McClincy: I feel I have a good eye for picking scripts because I’ve been on all sides of the process. I know the kinds of roles I have rolled my eyes at that are available, particularly for women. My goals for the series are to find scripts that have multiple meaty roles. I look for scripts that I would want to direct and push people out of their dramatic or comedic comfort zones. Finding a challenge in every character, every script.

Theater can seem intimidating. What would you say to someone interested in auditioning?

McClincy: The Alternative Programming series I hope would be super appealing to people who are new to auditioning for directors. The commitment to rehearsal is lower, and the one-night performance aspect allows people to experience the rush of the stage and hopefully entice them to return. I totally get that people get nerves.   They don’t call it stage fright for nothing. You’re putting yourself out there. I challenge people to make strong choices at auditions, and trust that the people you are auditioning for want you to succeed! They want the best show possible. You could be the missing piece they are looking for. 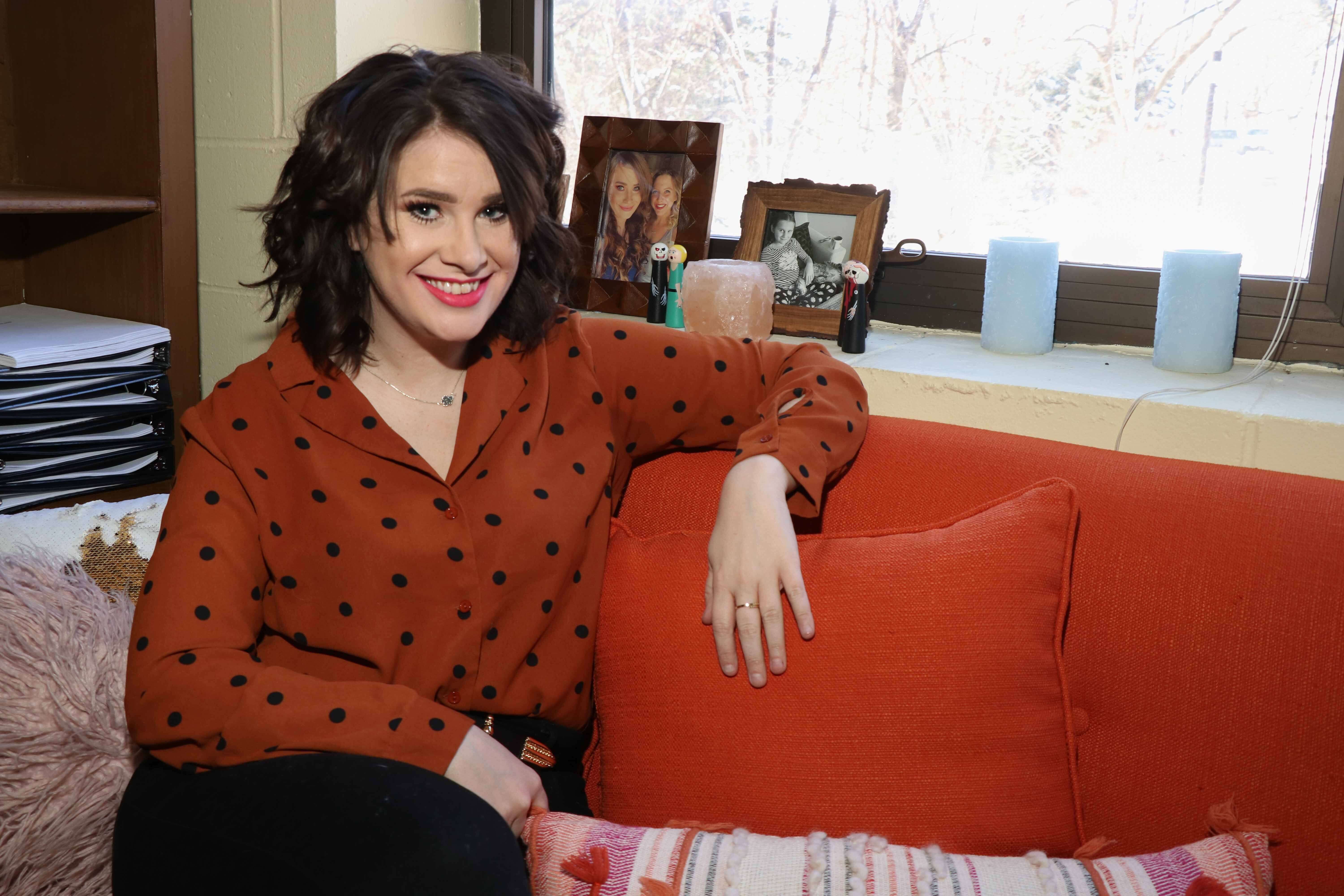 What kind of scripts excite you?

McClincy: I love stories that require diversity or feature marginalized communities. I love when I open a script and see race requirements for stories that have nothing to do with race. It’s 2019. It’s great to think that all directors would color-blind cast, but it’s not the case. I like that some writers make it a requirement to push directors to think outside the box. Sadly, color-blind casting is a thinking-outside-the-box notion in 2019. It’s wonderful to have stories that showcase People of color telling their story and struggles. However, it’s also great to have stories feature an African American mom, a Hispanic dad and a white child for no reason at all. Audiences will very quickly adapt to color-blind casting, I promise. If they don’t, that’s not the audience I want to entertain.

What are ways people can be a part of things happening at the Omaha Community Playhouse?

McClincy: There are so many ways to contribute to the Omaha Community Playhouse. There’s a literal avenue for every passion you can pursue. The Directing Fellowship is a new program for aspiring directors, auditioning for alternative and seasonal programming, working with the scenic or technical teams, taking any number of classes to polish your skills or practice building up your nerve. There’s something for everyone.

Plug your next venture?

McClincy: I just finished my assistant directing for The Curious Incident of the Dog In The Night-Time, and as a working mom I always promise my daughter Olivia a big break between projects. That doesn’t mean I can take a break from being creative though. I am revising my current script, Those Two Are Definitely Getting Murdered, which was just recently voted as a Top Holiday Play for The New Play Exchange, which is a national database for new plays that have yet to have full productions. In addition, to satisfy my craving for all things quirky, odd and creepy I am launching my podcast Horror Hodgepodge. It will feature a wide array of topics ranging from the supernatural to serial killers and feature special guests who indulge my creep cravings.

To learn more about Omaha Community Playhouse and Alternative Programming check out OmahaPlayhouse.com and follow on Facebook.