This list is about balance. I understand you don’t want to read about a deep cut I enjoyed from an obscure ambient record. Hell, I bored myself just writing that last sentence. However, I didn’t want to base this list solely off of the pop charts (anyone hoping for an appearance by Cardi B or The Chainsmokers can kindly click elsewhere).

Life is about compromise. I’m trying to showcase what I think will be considered timeless songs, pop or otherwise. While I loved making my sister cringe while dabbing to Migos or jogging back and forth to DJ Khaled and friends, including songs solely from big artists would be a crime.

I wanted to shine a light on the glitter-soaked grunge of Charly Bliss, the back alley jazz of King Krule, and Phoenix’s continued fondness for yacht rock. The main list doesn’t even include Liam Gallagher’s comeback single and an overlooked gem from Lorde.

If nothing else, I hope this list proves a few things: good music can be found everywhere, from the top of the Billboard Hot 100 to the depths of Soundcloud, we’ve never had as much diversity in popular music than we do now, and that there isn’t a song that can’t be improved by adding Quavo. So without further ado, here are the best songs of 2017. 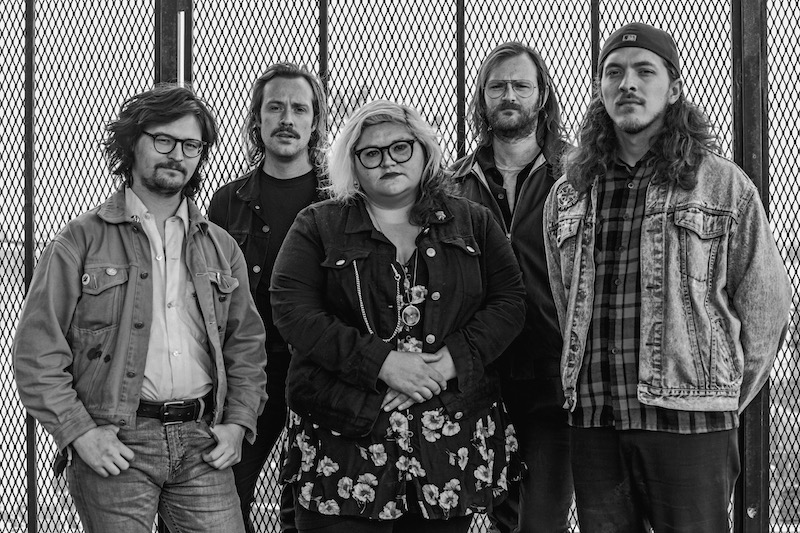 A disco-infused hard rock single with punk vocals? Yes, please. The title track from Sheer Mag’s debut album is certainly a bit of a shift from previous punk-fueled efforts like “Button Up” and “Nobody’s Baby,” but that doesn’t mean it kicks any less ass. Tina Halladay’s ballistic voice still hits all the right notes and Kyle Seely proves that the guitar solo is still far from dead. With those trademarks in place, the band is able to play around with Chic-inspired guitar lines and a super funky bass. It’s a song that moves the punks from the mosh pit to the dance floor, if only for a couple of minutes. 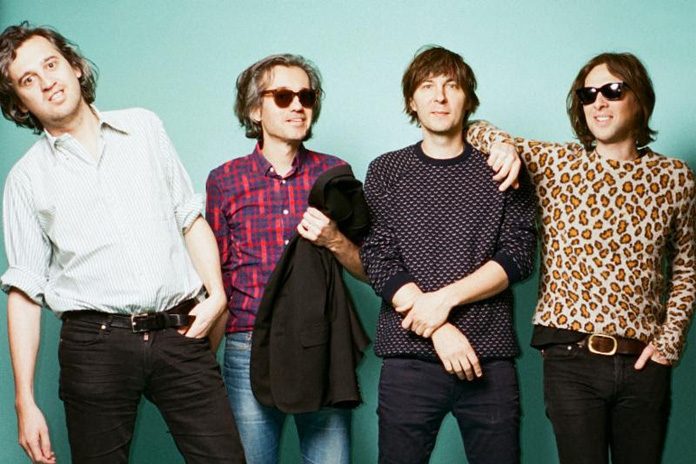 Though the album was a bit of a letdown, “Goodbye Soleil” stands as a testament to the brilliance of the French four-piece as masters of yacht-rock. Choppy guitars, breezy synths, and a few sonic tricks nicked from Daft Punk’s “Something About Us” anchor this laid-back summer jam. Simple, catchy, and downright gorgeous at times, “Goodbye Soleil” is great Phoenix tune about fleeting romance abroad. The music itself is a perfect reflection of that. Like the best flings, it’s short, sweet, and a bit hazy at times. It’s like looking at an old, faded Polaroid yourself. It makes you feel nostalgic, but you’re not exactly sure why. 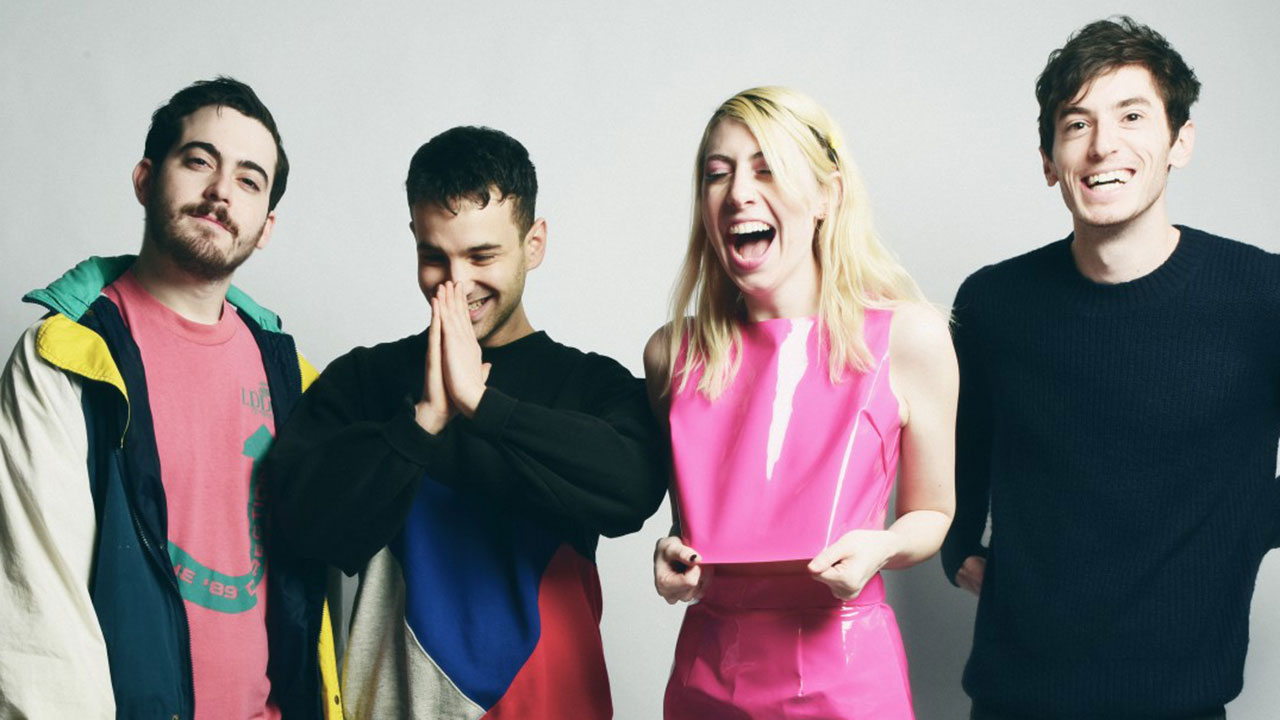 This one was really a toss-up between “Glitter” and “Percolator,” the group’s other excellent single from their debut album. I ended up giving a slight edge to “Glitter” because I think it’s chorus perfectly encapsulates the entire album (Am I the best? / Or just the first person to say yes?)

Lead singer Eva Hendricks has said that the song is as much a critique of herself as it is of her past lovers. They’re both hyperbolic, overly emotional, and more than a little bitchy. So is everyone else in their early 20s. “Glitter” is that rare breakup song that simultaneously makes the dumper, the dumpee, and the audience all cringe at the same time. 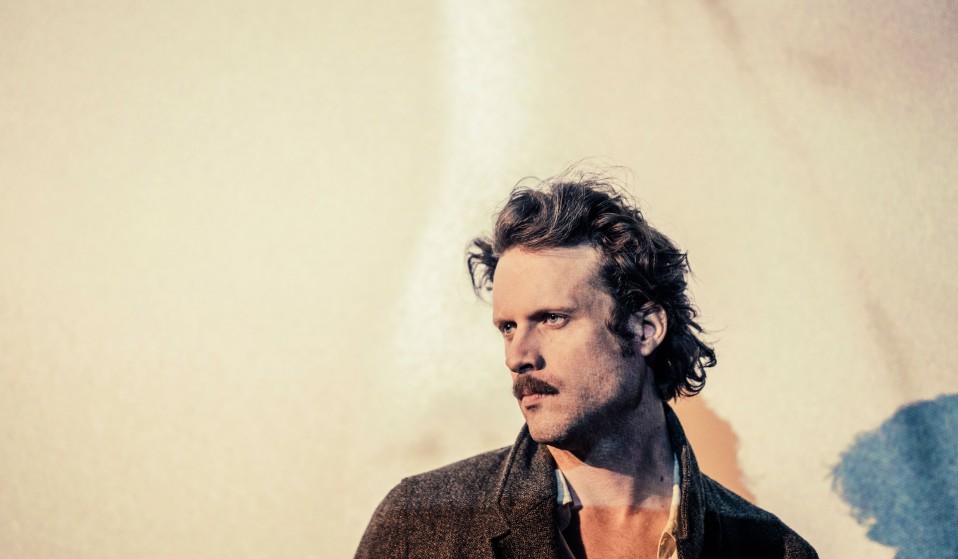 Josh “Father John Misty” Tillman’s cynicism is well known. In the past, that callousness has caused him to take aim at everyone in and around his inner circle: self-important groupies, L.A. douchebags, his wife, even himself.

On “Pure Comedy,” the opening manifesto to his album of the same name, Tillman uses his venomous wit to poke fun at much bigger topics: the origin of man, organized religion, and what it means to be a part of the human race. If his last album was an indie dramedy (yes I used dramedy, get over it) than “Pure Comedy” is the opening scene in Tillman’s tentpole summer blockbuster. The song ends with Tillman declaring, “each other’s all we got.” It’s a bit pessimistic, but it also points to the fact that the world is at its best when we’re all accepting of one another, despite how shitty we might find everyone else to be. 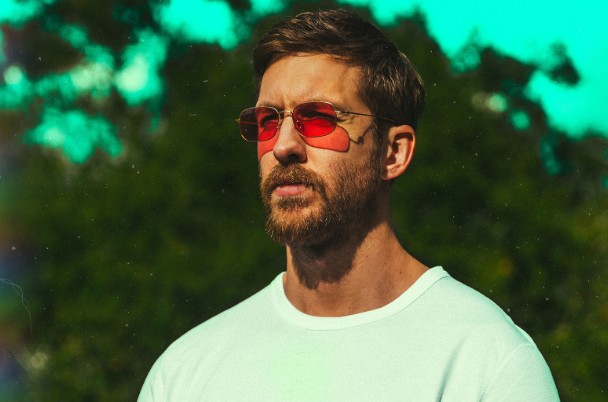 Funk Wav Bounce, the fifth studio album from Scottish producer Calvin Harris, was one of the nicer surprises in music this year. Harris has always been at his best when incorporating pop stars into the fold and letting them do most of the heavy lifting (see: any song he does with Rihanna). With “Slide,” Harris concocts a crystalline funk-infused beat for Frank Ocean and Migos to do the same, and it’s a joy to listen to. Ocean in particular almost sounds like he’s enjoying himself, something we haven’t seen since his debut album way back in 2012. It may be debatable whether it was the song of the summer, but you can’t debate that it was one of the year’s best. 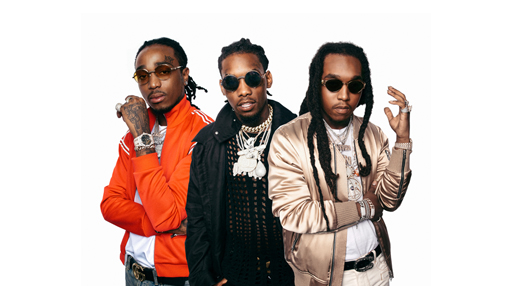 After a disappointing major label debut left some folks wondering if Migos were destined for a life toiling away just below the mainstream, Culture saw them dab their way back into relevance. In a world where almost everyone on the radio is indebted to the triplet flow of the Atlanta rap trio, it was nice to see Migos receive proper recognition from the mainstream. Even though the hook is only four notes, Lil Uzi Vert is barely rapping, and Takeoff wasn’t included, this track is still an absolute banger. Whenever and wherever you heard “raindrop / drop top,” you lost your shit (I know you did). It was the year’s most undeniable rap song in a year that was full of them. 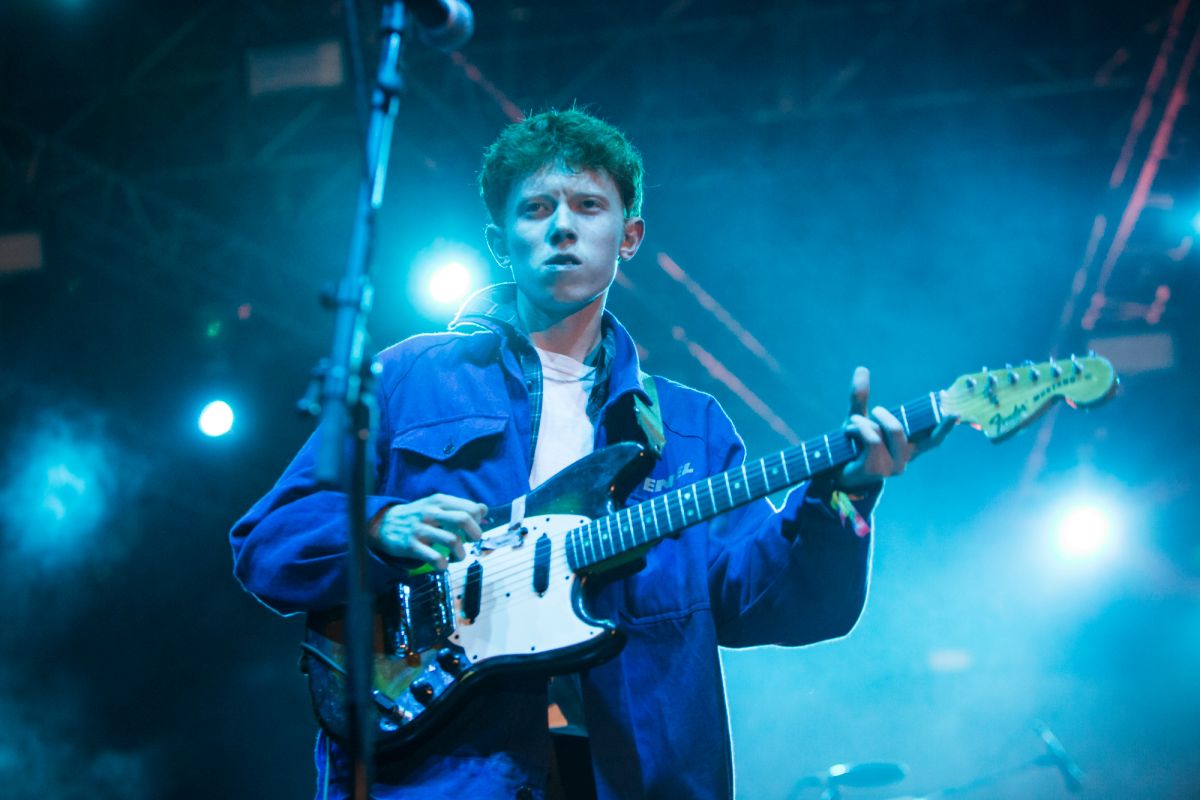 The first song on King Krule’s sophomore album, The OOZ, does just that, it oozes. Archy Marshall, the creative force behind King Krule, is accompanied by only a shaker and a barely-in-time guitar as he states he “seems to sink lower.” By the end of its opening verse, you’ve been placed directly on the backstreets of the decrepit London underbelly where Marshall subsists. “Biscuit Town” (a nickname for the town of Bermondsey within London) is that rare opening song that fully immerses you in the artist’s world, regardless of whether or not you want to go there. 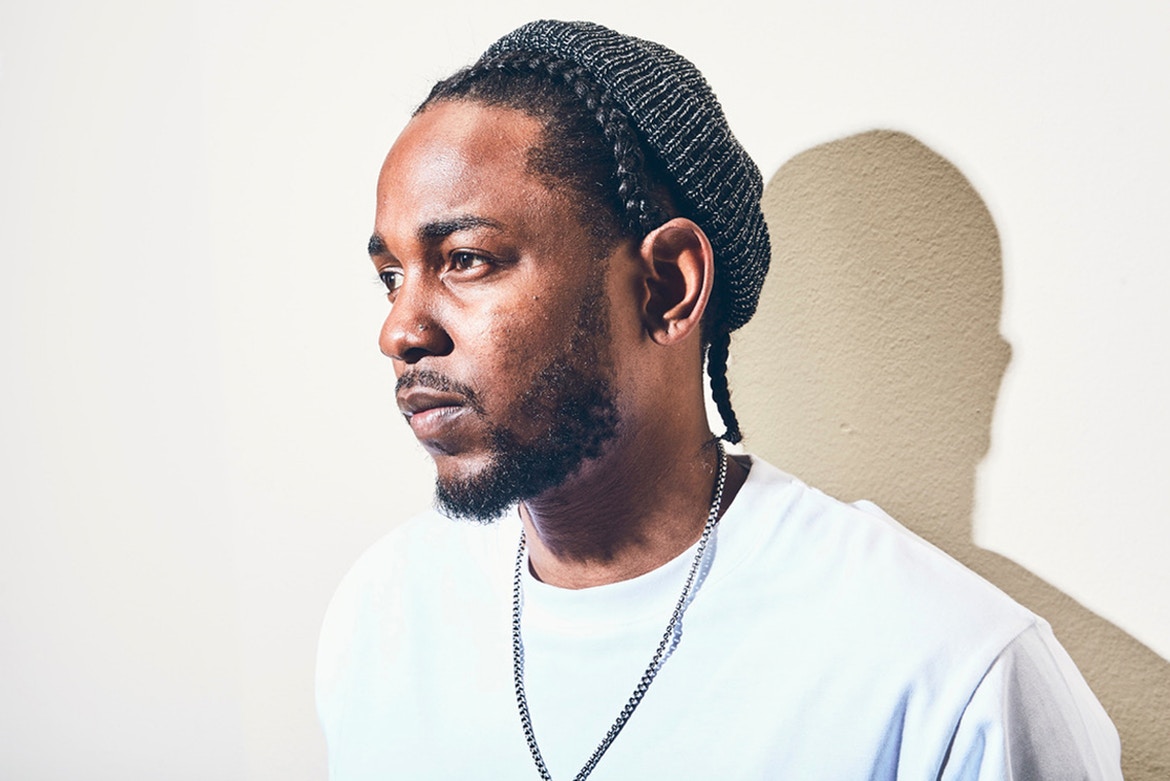 The song finds the Compton artist trying to help a friend come to grips with the murder of his son. His friend is looking for guidance from Lamar. He wants someone to show him the righteous path in the face of an unspeakable tragedy. And what does Lamar do? He tells him he would kill anyone if they did the same to his family. It’s a grim realization for Lamar, but one that’s strikingly self-aware.

In this moment, Lamar looks at himself and realizes he’s not the messiah, he’s just a man prone to the same awful thoughts that any of us would have if thrown into the same situation. At the same time though, he realizes he needs to do better, if only for the people that look up to him. To paraphrase the great Jules Winnfield from Pulp Fiction, Kendrick Lamar knows he’s the tyranny of evil man, but he’s trying real hard to be the shepherd. 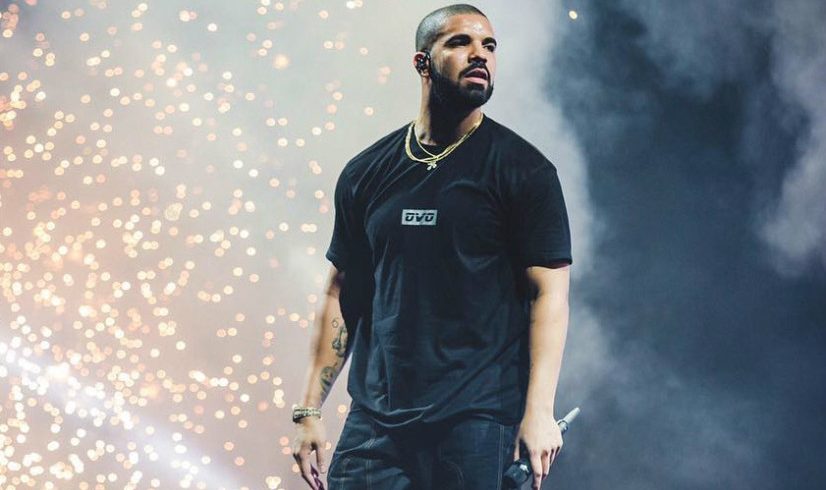 More Life is not a good record (excuse me, “playlist”). Unlike Views, which actually has more than a few good tunes, More Life feels bogged down by too many throwaway tracks. This being Drake though, there are always bound to be a few highlights.

Both sonically and lyrically “Passionfruit” finds Drake traversing familiar ground. He’s outgrown yet another relationship and he’s singing about it over a tropical house beat. Unlike past tracks though, there’s a particular ease in the way “Passionfruit” glides about. The forlorn synths and jazzy progression make it the perfect song for contemplating a love lost or forgetting about one out on the dancefloor. 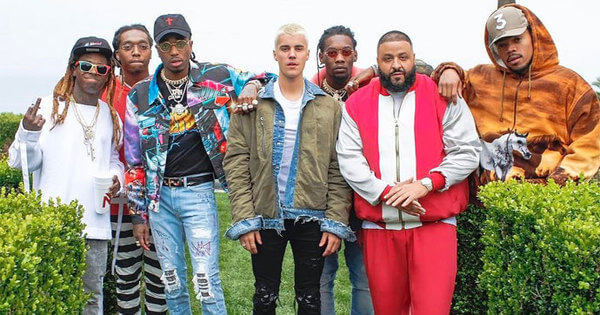 I knew this song was special when my mom would accompany DJ Khaled in shouting his “let’s ride” ad-lib during the song’s chorus. The combination of the bubbly beat built around a pitched-up vocal sample and the rappers trading some of the most endearingly corny verses of their careers makes for the year’s fizziest rap delight.

For all the track’s star power and fun production tricks, what really makes the song is Beiber’s simple, self-assured hook. Sung with a confident ease, it’s undoubtedly one of the best of his career. So while DJ Khaled may not have a musical bone in his body (seriously, what does he offer besides ad-libs?), he did bring this group together to make this masterful song and for that, we are all forever grateful.

Jidenna feat. Quavo – “The Let Out”