Home » Uncategorized » Between the Lines 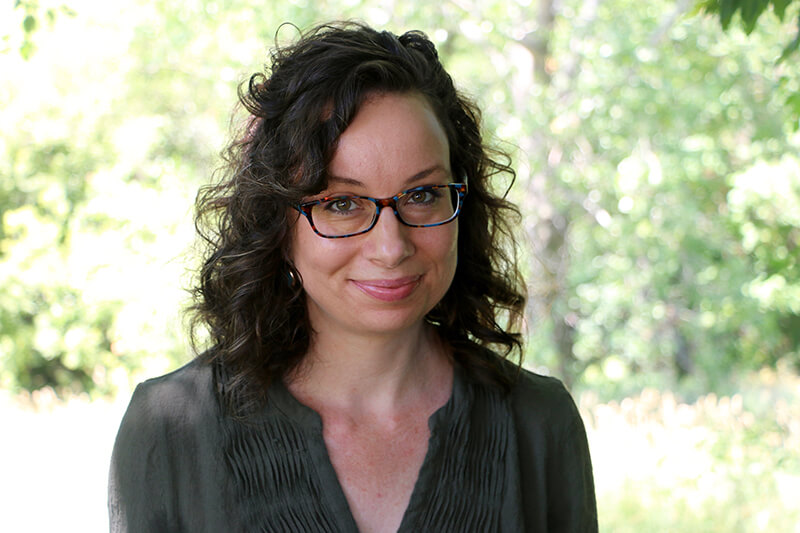 As a working literary artist, Sarah McKinstry-Brown always expected to have to build her own career. “I think every artist has the understanding that there isn’t any path or road laid out for us,” she explained. “It’s not paved. It’s not a well-used interstate. We’re digging and making our own road as we go.”

But it’s only recently that she’s come to the realization that — cliché though it may be — life’s journeys are not so much about any particular destination as they are an exploration of self.

“I spent the last two years really focused on ‘Where’s my place? I’ve really got to find my place,’” said the poet, creative collaborator and teaching artist who was the recipient of both the 2011 Nebraska Book Award for Poetry and the 2014 Nebraska Book Award for Poetry Anthology. “I wanted to figure out what job or what institution or what organization was going to be a good fit for me. I’ve always felt I had so much to offer and I was making myself crazy applying for all of these teaching jobs across the country. I was trying to figure out where I belong. I finally — just very recently — thought, ‘I don’t belong anywhere. I kind of belong everywhere.’”

And McKinstry-Brown seemingly is, in fact, everywhere.

She teaches writing and performing workshops in venues from the University of Nebraska at Omaha (where she’s been an adjunct instructor for five years) to public schools to storytelling festivals all across America. She’s worked with and performed for young children, up-and-coming talent, other established artists and even marginalized populations. She founded “feedback,” an interactive reading series in partnership with KANEKO. She’s also a teaching artist with the Lied Center for Performing Arts’ Arts Integration Program for rural and urban schools. And she’s still writing poetry and other works.

“It’s very challenging, energetically. But it’s also really kind of amazing,” she said. “I feel like a modern-day bard.”

Making a living in the creative arts necessitates creating multiple income streams, but McKinstry-Brown said years of saying “yes” to everything has “provided me with enough opportunities that I’m beginning to experience the luxury, and the necessity, of being more deliberate about what people and organizations I give my time and energy to.”

Her higher purpose? Making the literary arts available to everyone.

“For me, it’s not just about the writing, but it’s really giving people permission, and protected time and space to sit, reflect and process their feelings, their experiences,” she said. “Our lives are so busy, so full, and everything is so much about consumption and moving faster than the speed of light. The creative arts are an opportunity to slow down. To reflect. To make meaning. There are fewer and fewer opportunities for people to do that. One of my missions is to go to wherever I’m most needed and provide that to others.”

She’s at ease in front of any audience today, but McKinstry-Brown said she hasn’t forgotten her earliest readings in her hometown of Albuquerque when she was “terrified and shaking” in front of a microphone.

“I couldn’t even face the audience,” she said. “I turned the microphone away and turned my back on the audience. I would read my little poem and there was always somebody that would come up to me afterward and say, ‘Wow, I loved that one line’ or ‘That was a great image.’ And realistically, there probably was just one good line or one great image. But when people take the time to come up and say that, it was a big deal. I was really embraced by that community.”

She still strives to “do things that scare me and push me out of my comfort zone.” Although she has formal education in her craft — a bachelor’s degree from the University of New Mexico and a master’s degree in fine arts from UNO — McKinstry-Brown considers her formative education to have come from open mikes in bars and coffee shops and performances on street corners and in libraries.

“I was lucky that the writing community in Albuquerque was filled with those who saw art as an opportunity for activism and community-building; the model I had for what being a writer looked like weren’t the ones we’re force-fed in popular culture — the lone writer at a typewriter somewhere in a cabin in the woods,” she said. “I saw writers as working people of all ages and races and genders who were out in the world building the kinds of spaces where everyone was given the opportunity to write and speak and share and have their voices heard. My growth and livelihood as an artist depends on the growth and livelihood of that community.”

Having a supportive partner has been another important element of her succes. Her husband, Matt Mason, is more than just understanding, he’s a kindred spirit. Mason, the executive director of Nebraska Writers Collective, is a long-time poet and performer himself.

The couple met through their work in 2002, although it was hardly a typical office romance.

“I booked a reading tour through the poetry slam circuit. I graduated from college, I sold everything I owned but what I could fit in a suitcase, and I decided I was going to do this reading tour and just kind of figure out my next move,” she said.

She heard positive buzz about the Omaha slam scene at an event in Denver, where she secured the name of a literary event organizer in Omaha who was endorsed all around as “a great guy.”

“I ended up squeezing a show into Omaha between — I can’t remember — San Francisco and Chicago? I met Matt and he was lovely and I had a great time, did a great show,” she said, adding with a laugh: “And then Matt started pursuing me pretty intensely. He was very sly about it.”

Under the pretext of visiting a friend he was “going to visit anyway,” Mason showed up at McKinstry-Brown’s Chicago date at the Green Mill, the legendary venue associated with Marc Smith, the founder of the poetry slam movement.

“Matt walks in the door. He’s taller than I remember him being. He’s more handsome than I remember. Even his poetry is better. For whatever reason, everything was just a little bit shinier, clearer that night.”

The pair stayed in touch for the rest of McKinstry-Brown’s tour. “By the time I got to Delaware, I was kind of feeling almost hunted or haunted by the thought of him and Omaha. I’d walk into a gas station and the Counting Crows song [“Omaha”] would be playing. I put on a movie at my aunt’s house where I was staying and one of the main characters was a Mr. Mason … and he was trying to get this woman to marry him. All things were pointing toward this person, this place.”

They were married in 2003 and have two daughters, 8 and 12. Marriage and motherhood is now a common theme in McKinstry-Brown’s creative works.

“I’ve got a handful of pretty wonderful girlfriends who I met through my MFA program,” she said. “Having women in my life who are navigating motherhood and writing — two existences that are very much at odds with one another — has been a huge factor in terms of my successes. I have girlfriends who I can call or text or e-mail with questions and frustrations related to my regular life and my writing life. And they absolutely ‘get it.’”

McKinstry-Brown continues to produce poetry that gets noticed. She recently traveled to Los Angeles for a reading with Rattle, one of her favorite literary journals, and was accepted to the prestigious Middlebury Bread Loaf Writers’ Conference in Vermont last month.

“I feel like I’m on the precipice of exciting experiences that are going to help me expand artistically with a wider audience,” she said. “My dream is to find a publisher and editor that I can work with long-term, that helps me grow as a writer but then also respects and understands my voice and my vision.”