Home » Uncategorized » Church on a Saturday: Eric Church Doubles Down During His Second Night at the CHI Health Center 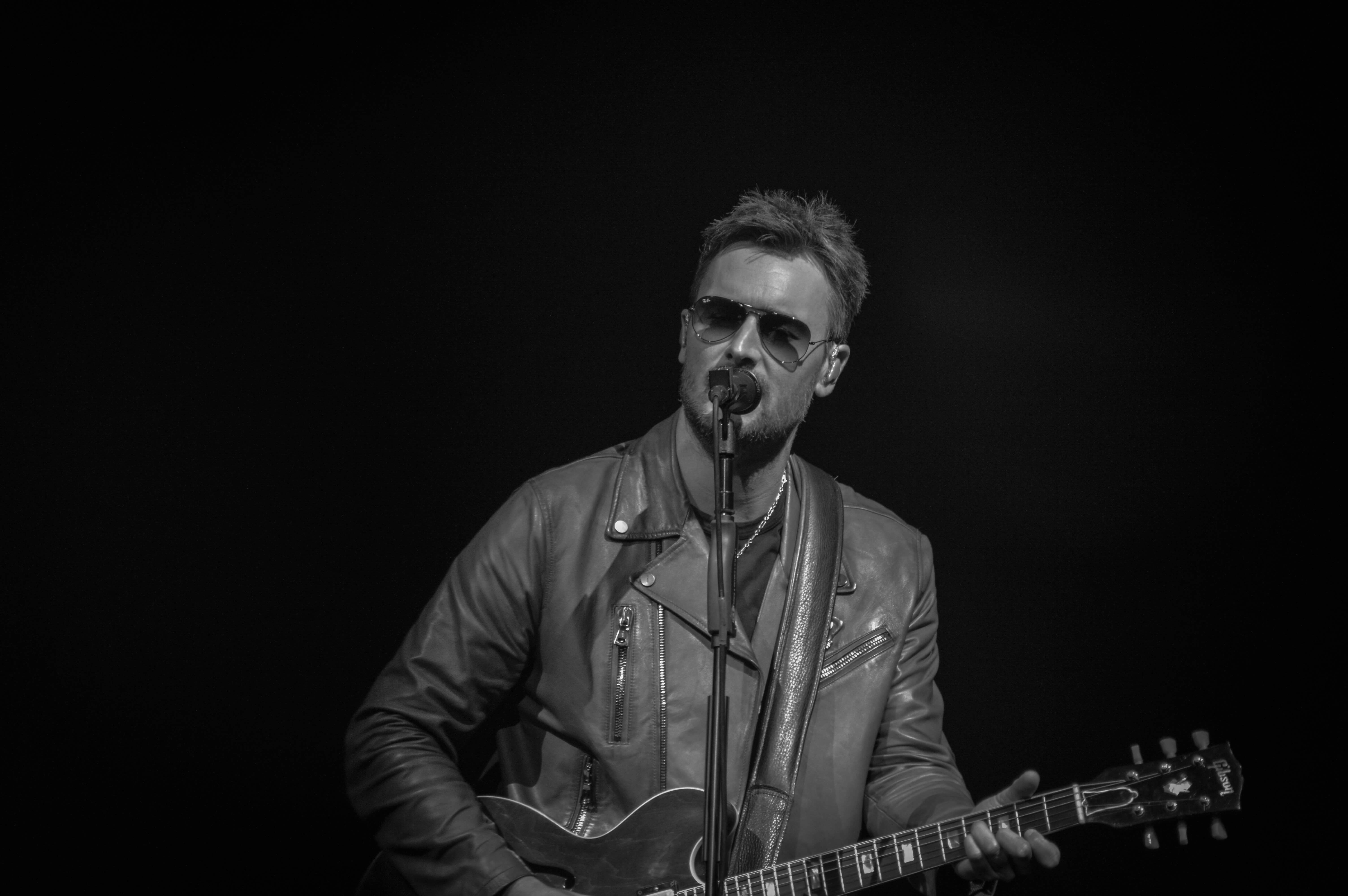 The second night of Eric Church’s Double Down tour at the CHI Health Center was just as raucous as the first as Church ripped through a nearly three-hour set.

The sold-out show started late giving the audience, and probably Church himself, plenty of time to pre-game. Everyone was incredibly jovial as Church started off the show with “Drowning Man,” one of the many cuts from his 2018 smash album Desperate Man that he would play during the evening.

There was a good amount of variation between Friday and Saturday night’s sets. “Smoke a Little Smoke,” “Country Music Jesus,” “Round Here Buzz,” and many others made their first appearances of the tour. The highlight for casual and hardcore fans alike was “Drink in My Hand” which resulted in what was easily the loudest sing-along of the show.

Musically, Church is a bit out of line with the rest of modern country and this became increasingly apparent during Saturday night’s show. Before the start of the show, Led Zeppelin’s “When the Levee Breaks” boomed over the stereo and that hard rock edge could be found in many of the evening’s cuts with booming drums and extra crunchy guitars. One of his two guitarists even broke out a Van Halen-style finger-tapped solo.

Church ended the first half of his set with a medley of the classic rock standards, including “Tiny Dancer” and “Night Moves,” situated in the middle of “Mistress Named Music.”

The classic rock vibes continued after the 20-minute intermission. There was a particularly funky rendition of “Desperate Man” that sounded like it could have come off of a prime-period Stones record. He also broke out back-to-back covers with Bruce Springsteen’s “Atlantic City” and Bob Seger’s “Get Out of Denver.”

Between songs, you would have thought Church was on the campaign trail. He thanked the crowd endlessly, signed autographs, shook hands, and even took shots with a few lucky audience members. He also draped every American flag he could find around his neck (I counted three in total).

Church closed out his second set with a couple of fan favorites. First, he asked for crowd participation during “These Boots” and a sizable portion of the crowd obliged by waving their cowboy boots like giant, leather lighters. “The Boss” made another appearance as Church and company jammed out on a colossal version of “Springsteen.”

It didn’t matter if it was your first Eric Church concert or your second one of the week, Saturday night’s Double Down show was an absolute joy and a victory lap for arguably the biggest artist in modern country music.