At The Reader, we are always considering new ways to engage with you, our readers. At a meeting some time ago, we talked about organizing a tour of Omaha that combined culinary stops and history lessons. It was a fun idea, but I was excited to find that such an offering already exists in Omaha.

Nebraska Tour Company’s historical and culinary tours are conducted through many of Omaha’s most notable neighborhoods and offer a taste of the cultures that make each neighborhood home. From hundred-year-old, family-owned establishments to burgeoning cuisine from Omaha’s young, up-and-coming talents, Nebraska Tour Company takes the best of the past and the most enticing of current trends to build a tour that tantalizes your sense of adventure.

To find out more about this twist on culinary exploration, I invited Nebraska Tour Company’s chief experience officer, Alan Rust, for a cup of coffee. 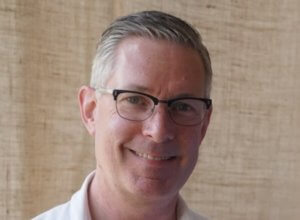 The Reader: Alan, you’re not from here. Can you tell me a little about the journey that brought you to Nebraska?

Alan Rust: I worked in corporate retail for years, which meant a lot of traveling, a lot of moving. It became a passion to find and explore interesting spots and learn about the history of the places I was traveling to. I found myself in Omaha quite a bit, and something about it was really attractive. There were so many neighborhoods, each with their own culture. You had the Bohemians, Little Italy, your sprawling farms and the Old Market. It was like visiting several cities, and it’s only grown since then.
I’d always been a nomad, but when I left corporate retail, I knew I wanted to stay in the Omaha area. I had spent a lot of time in Texas, where I originally met [Nebraska Tour Company board member] Dakotah Smith. Somehow, we both ended up here, and the rest is Nebraska history!

TR: How long have you been operating in Omaha?

AR: We initially launched a culinary tour company called Discover Omaha. We worked exclusively with local bar owners, chefs and restaurants. I had a conversation with a woman who was running Nebraska History Tours, who I thought we could partner with, and she was hoping to retire.
She had this great team already on board, and she suggested that we take it on and run with it. Six months after starting our own tour company, we had acquired a second. That would have been in June of 2017.

As of this year, we’ve launched Iowa Tour Company as well, and we’re really happy to be expanding.

TR: Tell me a little about your team and what they bring to the experience.

AR: You know, at some point most jobs become a little less exciting, but not this one. When we match a tour to a guide, I get really excited about it, no matter which guide they’re going to get. Each one brings such personal knowledge, and they each bring something so unique to their tours.

We’ve got this guy, Aaron. He transplanted here in 2013 and immediately made it his mission to learn everything and try everything in the Omaha food culture.
He really went after it, and he ended up being the first culinary guide we brought on. He loves talking about restaurants, and just on his own, he managed to make these great connections in the industry and to build these relationships with restaurants and owners and chefs. He knows everything, and he’s learning along while things change, which they always do.
We’ve just brought on Preston Love Jr. He was raised in North Omaha and has been an advocate and community leader there, and he brings so much knowledge about North Omaha, about the heritage, how the neighborhood was perceived as almost a separate entity. Even people who grew up here don’t know most of the story. That’s why you still see so much separation. 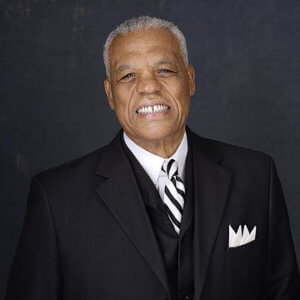 Having the whole story is so important to creating a connected community and to preserving the true history, not the North Omaha version and the South Omaha version.
We have eight tour hosts at the moment, and they all have their own expertise they bring to the table. We have history teachers, a whiskey expert, culinary experts and researchers. They are all incredibly passionate about what they do and what we can do for the community.

TR: Who are your clients? Who books a Nebraska history and dining tour?

AR: It really varies! 44% of our tours are corporate events. We get the odd out of town guests, family is in town for a wedding and you’re finding them things to do and see. Holidays are always really busy, so our turn-around time isn’t as responsive, but we can usually make something happen with a few days’ notice.
About 10% of our business comes from pre-planned tour events. For our Artisan tour series, we got to go out and tour the farm and attend a chef’s event with Au Courant. The tour got to see just how the food was grown, harvested and brought to the restaurant to be served. We’re planning the same kind of tour with Boiler Room, and we’re currently putting together a cocktail tour — whiskey, scotch, gin — and a barbeque tour.
I’ve spent plenty of time in Kansas City and Texas — I know good barbeque — and I was under the impression I wasn’t going to find anything here. I was pleasantly proven wrong. I really can’t wait to share it with everyone.
The other 90% of what we do are custom tours. The client calls and tells us what kind of tour they want: history, culinary, art. Do they want to be chauffeured, walk or are they interested in a self-guided tour? From there we choose a guide who puts together a theme. 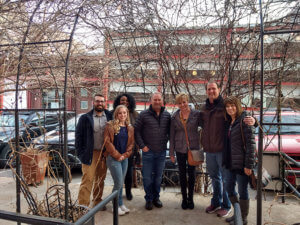 TR: What do people find surprising about the area?

AR: The city is very segmented, and everyone knows it, but not everyone knows why. Through the process of my own research, and what I’ve learned from our history experts, Omaha has a very strong, powerful, sometimes really sordid history. And when you understand the history, you get a better idea of where the lines were drawn and why people have such preconceived notions about the rest of the city.

It’s interesting to see what people gravitate toward and how they react to learning about a place where they live. And it’s really exciting to get to open those gates for them and show them more of their own home. There are amazing stories, cultures and foods everywhere you go in Omaha. 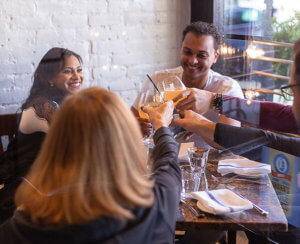 While Omaha is a relatively young city, the history of who we are and how we all came to be here can help us learn how to overcome the invisible lines that somehow continue to divide our communities. With Rust’s team of passionate experts, crossing those lines becomes an adventure in food, culture and community.
To learn more about Nebraska Tour Company and to schedule your own tour, visit www.nebraskatourcompany.com.

Category: Dish, Uncategorized
Tags: Dining, food, Omaha, Tours, what to do in Omaha