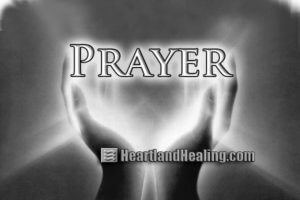 An ancient Greek tale tells of sailors after a battle at sea. Their ship was damaged and sinking. They found themselves in perilous waters, fearing they would be lost. Despair swept through them one by one. As the waves threatened to swallow them, they thrashed to stay afloat and to reach safety. One of the desperate cried woefully that they were lost and all that was left was to pray to Poseidon for safe passage to the next world. A sailor next to him responded practically, “Pray to Poseidon if you want, but keep your arms moving while you do!”

Such a practical approach may describe the opinion Western medicine holds for the healing power of prayer. Yet in the 21st century we see an increasing reliance on things spiritual to assist us in things physical. Polls have found that upwards of 70% of Americans believe prayer can have an effect on medical conditions and 50% of patients wish their doctors would pray with them. Now peer-reviewed scientific studies are bearing out their faith.

Researcher Elisabeth Targ of California Pacific Medical Center in San Francisco found that AIDS patients who were prayed for, even unknowingly, were healthier months later than those who had gotten no prayers. Her report mimicked one done in 1986 and another in 1988 with cardiac care patients. In those reported studies patients with heart disease were prayed for in a similar manner by various groups of lay and clerics. Another group was not prayed for and the study showed a variety of positive effects for the prayed-for group. These included less relapse, five times less likely to require antibiotics and three times less likely to develop pulmonary edema. And fewer of the prayed-for patients died.

Many doctors involved in these studies have the practical advice that our Greek sailor extended. Or as Dale Matthews, M.D., author of The Faith Factor writes, “Pray as you take your medicine.”

No matter where you go, there you are – addressing non-locality Science has long grappled with the idea of a non-local universe. In 1964, John Stewart Bell developed the mathematical theorem proving non-locality. Since then, it has been explored in a number of experiments showing its accuracy. Though it is still controversial, growing numbers of physicists accept its eventual status as a replacement for much of what Einstein’s theories could not reconcile. One of the constants in the research done surrounding prayer is that there is no proximity effect. Prayer works at a distance as well as proximally.

In a metaphysician’s view, all minds are one, making actions at a distance possible. Science now seems to be seeing the same view though there are still those who parrot Galileo’s response to Johannes Kepler in the 17th Century. When Kepler first suggested the idea that an “unseen force from the moon,” (gravity) was causing the Earth’s tides, Galileo dismissed it as “the ravings of a madman.”

So what’s the deal with prayer? It’s non-local for one. Experiments show that there is a connection between the pray-ers and the pray-ees. Whether they are separated by blocks or continents, the proven effects result. It is no longer an argument that prayer results in effects. The scientific community is now simply arguing over “How?” Non-locality is a clue.

“Those who practice the art of prayer are often ignorant of the laws that control it. They attribute the results obtained to the ceremonies involved and mistake the letter for the spirit.” — mystic Neville in his book Prayer

Early in his book Prayer, Neville describes clearly what part of the mind is the most powerful. Most people realize what that is intuitively. The conscious mind, the intellect is a handy tool. But it is essentially useless without the subconscious. The subconscious mind runs the whole show. Each breath you take, each beat of your heart, each peristaltic twinge of your digestive tract is regulated by your subconscious.

Every Hollywood film scorer knows your subconscious can be manipulated and your body will be affected. Try listening to the “dah – dump. – – dah-dump, dah-dump” of John Williams’ score for Jaws without getting chills. Or take a look at the shower scene in Psycho with Bernard Herrmann’s screeching tremolo violins and try not to let that get to you. Or feel your heart pound to the orchestra hit when the alien jumps out of the darkness of a starship. Your body will be affected by your subconscious reaction.

You must surrender in order for that movie scene to affect you. You must do what Samuel Taylor Coleridge described as, “The willing suspension of disbelief.” When it comes to prayer and its effect, you must also stop “disbelieving.” In that case, it’s known as having faith. It activates prayer: One must be willing.

If prayer is thought and not word then the arena of thought we seek to enter is the subconscious. For prayer to be maximally effective, we seek to exclude the intellectual, analytical, conscious mind and the physical body from the loop. To activate prayer at the deepest level, we should relax our mind toward gentle awareness and remove our concern for the physical goal of our supplication. In other words, to focus on the physical aspects of our entreaties rather than the subconscious thought is to literally take our attention away from where it should be. It’s like having a movie going on before our eyes, knowing that our thoughts (the film) are providing the image. If we concern ourselves solely with the image on the screen, we won’t see any change at all. We have to remain in the “projection booth” (our mind) and give our attention to changing the “film” (our thoughts at the subconscious level.) This is the essence and core of the power of positive thinking, the power of creative visualization, the mental replay done time and again by athletes when they practice, and the power of prayer.

At the moment that we completely surrender our ideas and beliefs to a Higher Awareness, whatever or whoever we choose to call it, we are enlisting a part of consciousness that is a powerful asset to our healing.

Heartland Healing is a metaphysically based polemic describing alternatives to conventional methods of healing the body, mind and planet. It is provided as information and entertainment, certainly not medical advice. Important to remember and pass on to others: for a weekly dose of Heartland Healing, visit HeartlandHealing.com.
2020.02.11