Home » Uncategorized » The Ever-Expanding Universe of Coheed and Cambria 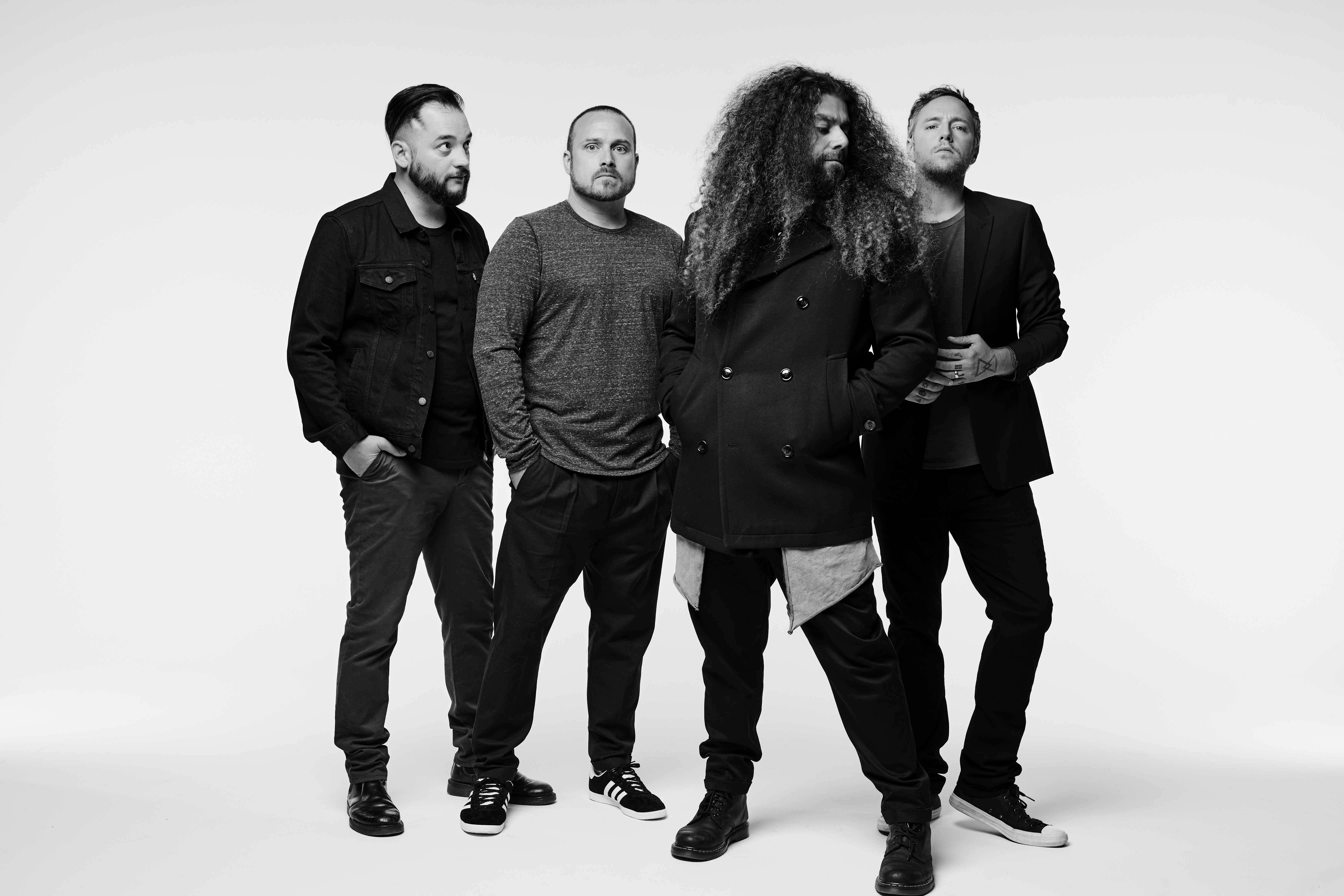 Josh Eppard likes the Mets. Scratch that, Josh Eppard loves the Mets. In fact, when I ask the Coheed and Cambria drummer about the team’s chances of making the playoffs this season, he takes more time to answer than he has for any other question during our interview. The bullpen, the strength of their schedule, the weakness of their division — there’s a level of passion there that you see only in a select few sports fans. Yet it’s the level that he uses to talk about everything — baseball or otherwise.

“You can’t get me to shut the fuck up,” he jokes midway through our conversation. And he’s right. However, when you’re talking about a band like Coheed and Cambria, you need that level of depth.

The prog rock band from New York has been one of the genre’s most popular acts since releasing The Second Stage Turbine Blade in 2002. It’s dense music — almost every record plays out like a rock opera — built on the mythology of The Amory Wars, a comic book series written by the band’s frontman, Claudio Sanchez.

Set over three volumes in the fictional Heaven’s Fence — a collection of 78 planets held in place by interconnecting beams of energy, known as the Keywork — The Amory Wars is as complicated as it sounds. The band’s most recent album, Vaxis – Act I: The Unheavenly Creatures, continues the story in an even bigger and bolder fashion than on any of their previous records. Clocking in at nearly 80 minutes, it has everything from synth rock (“Toys”) to acoustic balladry (“Lucky Stars”) nestled alongside the band’s typical guitar pyrotechnics and pop-punk singles. There’s even a monologue to kick things off.

“Fifteen years ago if you were to say that we were going to start the record with a monologue, I would have thrown a fit,” says Eppard in a joking-but-not-really kind of manner. “But now I really like having an album with that much going on. In fact, I was the one that was fighting for some of the songs that we were on the fence about. It’s funny, once you put it out there and everyone reacts to them, then you say to yourself, ‘Of course these had to have been on here. What were we thinking?’”

“I just think it’s just great to be working on this sort of record again. In 2015 we put out this record called A Color Before the Sun, with no backstory. While that was all well and good, I just thought for this record ‘let’s go back to being Coheed and Cambria.’”

According to Eppard, though, most of the creative control in the group lies in Sanchez’s hands. “It’s so different. Back in the day I could walk into a Coheed and Cambria record and work without Claudio. Now, nobody makes a move without Claudio there.”

Eppard says that he really noticed the change when he returned to the group after leaving (i.e. being fired) in 2006 due to personal issues he was battling at the time.

“Beyond just the cliché things that people talk about there’s just a lot of stuff you have to get used to. Most of it’s administrative and business stuff. I mean, when you’re on these big tours you’re talking millions of dollars and you’re just kids getting used to that,” he tells me.

“I almost really fucked it up,” he says before pausing. “I fucked it up, but I got a second chance.” And it’s a chance he’s incredibly thankful for despite what might be perceived as creative restrictions from the band’s leader.

“As he [Sanchez] centered in as his role as a leader, it kind of took us some time — and not in a bad way — to get in line and say ‘we’re gonna follow you this way.'”

“I just believe in him,” Eppard continues. “I played sports bars and basements because I believed in him. I keep playing with this group because I just really believe in his vision and what he’s doing.”

That belief and passion for the band also carries over to touring, which starts again for the band this month. “This is pretty much the beginning,” says Eppard. “After this, I hop in my car to go do some radio stuff and then I’m off to rehearsals for about a week.”

He seems particularly pleased about the prospect of rehearsals. “It’s crazy! When we’re doing full-scale rehearsals, we practice at this compound that’s for artists only. We get to see how the big boys do it. There’s a hotel on site and a plaza for the artists and you see bands like Flaming Lips or Miley Cyrus just wandering around.” He says that he still gets starstruck by some of the bands he sees there. “Radiohead was literally on the stage next door and it’s like ‘Oh, my god, holy shit.'”

Plenty of people will have the same reaction when they see the Coheed and Cambria playing alongside Mastodon on the Unheavenly Skye Tour this summer. Though the former will be playing Crack the Skye from front to back every evening, Coheed plans on playing a much more varied setlist. Even with rehearsals around the corner, the group has yet to come to a consensus on what to play.

“I’ve never in my life with Coheed and Cambria seen the setlist go unchanged from the preliminary rehearsals to the stage,” says Eppard. “It’s hard when you have this deep of a catalog. We’ll go through an entire evening and we’ll still have fans come up to us and say, ‘You didn’t play something from this record,’ and we’ll look back and say ‘Oh, shit. I guess we didn’t.”

That’s just the level of fandom that the band inspires (what other group do you know of that requires outside reading?). Most of the fans are as passionate about Coheed as Eppard is about the Mets. Unlike Mets fans though, they won’t have to worry about leaving the arena feeling disappointed.