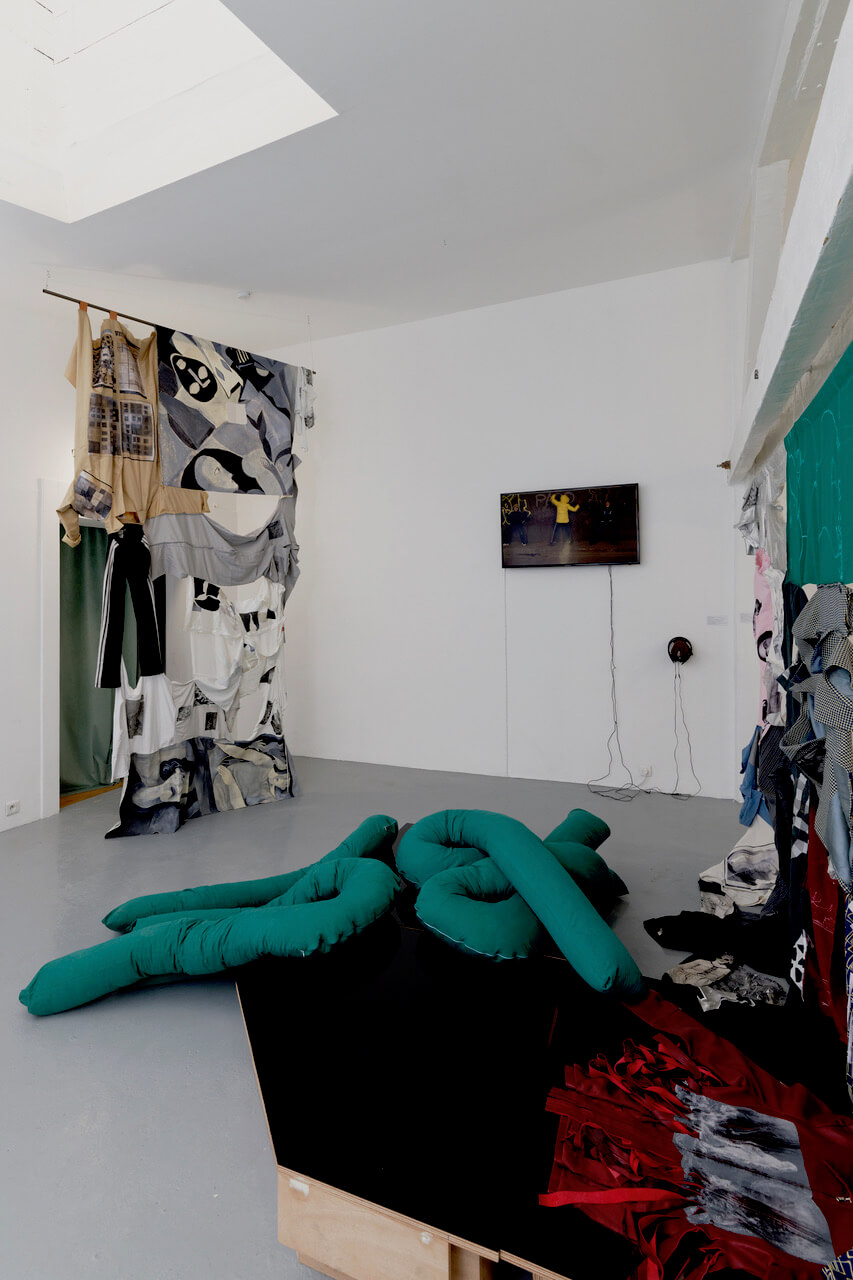 Liv Schulman; Le Goubernement [The Gobernment] (installation view), 2019, in The Knife Without a Blade That Lacks a Handle at CRAC Alsace, Altkirch, France; Dimensions variable; Courtesy of the artist; Photo: © Aurélien Mole.

Plenty to do and see starting mid-March at the Bemis Center for Contemporary Arts. Award-winning Argentinian artist Liv Schulman gets her first North American exposure — in triplicate — and Berlin-based Claudia Wieser opens with her multi-tiered, modernist installation, Generations seen elsewhere in this issue.

Curator Sylvie Fortin presents Schulman’s The Gobernment, described in Gallery notes as a “multi-episode, video installation that imagines the destiny and work of unconventional and often forgotten women artists who lived in Paris between 1910 and 1980.” The exhibit features fictional adaptations of stories and anecdotes, performed by a group of seven versatile actresses portraying the lives of no less than forty-five artists.

The Gobernment accompanies a second part of the exhibit, a survey of Schulman’s acclaimed video work. And, to complete the exhibition, the two portions coincide with her upcoming performance piece, The New Inflation.

The New Inflation has been in development at Bemis since early December. Schulman, who now lives in Paris, treats as muse and force the phenomenon of inflation, both economic and cosmic, and examines how it effects and shadows all aspects of life in Argentina.

The New Inflation, a work written, cast and filmed at the Bemis, is free and open to the public, but note that space is limited, and RSVP is required. Performances are scheduled for various dates between March 26th and June 6th.

The opening reception for Schulman’s The Gobernment, which continues until June 13, is March 19, from 6-8 p.m. For  more specific information and performance times see bemiscenter.org.