Home » Uncategorized » The High Cost of Being Poor 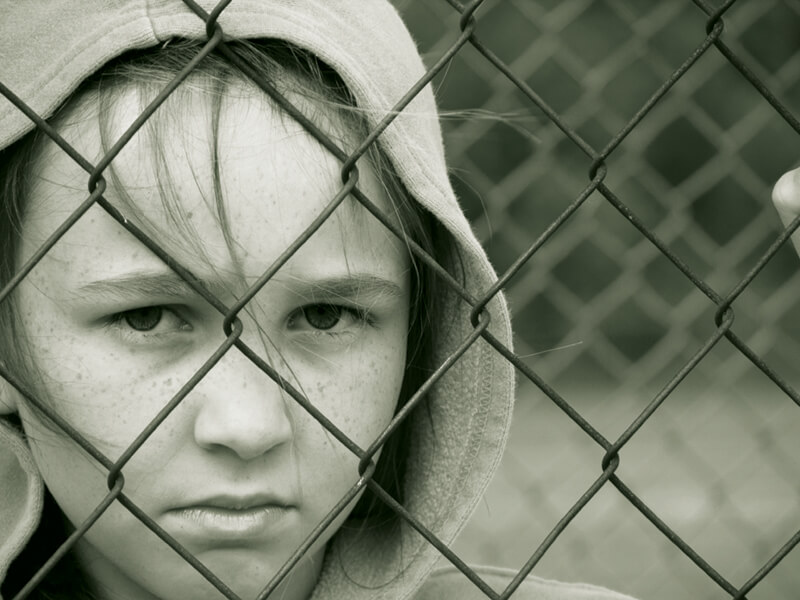 Whether born or thrust into it, poverty takes a toll. Just getting by is a struggle but things really get tough when creditors hound you for a debt you can’t pay, target whatever little income or assets you have and even threaten taking away your home and freedom.

Not only is Nebraska one of the worst states in the county for low-income debtors according to an April investigation by ProPublica, but a study of recent Douglas County Court debt collection cases by Legal Aid of Nebraska shows that it’s hitting Black and Latino households hardest (see related story in this issue).

Janet and her pastor husband thought they were comfortably set, looking ahead to retirement in a few years, when he lost his job in a major downsizing at a local medical center and with it the couple’s only earned income. Janet. who can’t work due to a disability, said things soon went from bad to worse when they had trouble paying off a major purchase they made on credit with a local retailer. The couple paid down a previous credit card debt with the same store, though they still owed some $1,500. Then the creditor upped the pressure by putting a lien on their home.

Unable to pay their mortgage, the couple lost their home in a foreclosure. The foreclosure occurred despite working with the lender on a loan modification. One day a sheriff arrived to inform the dumbfounded couple they had 24 hours to vacate. They moved into an apartment.

“Forty years of stuff in there,” Janet said of giving up their home.

Meanwhile, the store pursuing the debt collection refused the couple’s entreaties to work out a partial payment plan. Then, to the couple’s dismay, legal action  resulted in a warrant being issued for Janet’s arrest.

Janet said, “I was like, How in the world? I think it’s a disgrace to society. We’ve never had anything like this happen to us before and people shouldn’t have to live in fear for not being able to pay a bill because of losing a job or getting sick or being incapacitated. They intimidate people to the point where you’re afraid to answer the phone or the door or to ever apply for credit again.”

She contacted Legal Aid of Nebraska (LAN) for advice and an attorney represented her at a court hearing.

“Like I told the judge, I don’t even know why I’m here, because I offered to pay it and they wouldn’t let me. After they put us through all of that, the store’s attorney didn’t come to court. The judge just said, ‘Don’t worry about. It’s over.’ But I have to carry a letter with me in my car should I get pulled over that says the warrant was rescinded.”

The store never contacted her again.

Janet’s appalled how far the store pushed things. As she learned from LAN attorneys, her experience is not uncommon.

“If the public knew what these creditors are doing, there would be an outcry,” she said. “This is working people they’re preying on who’ve had outstanding credit and then something’s happened to them. When you ask them to help you work with them and they won’t, there should be laws protecting you from that, especially from being threatened to be put in jail.

LAN attorney Jen Gaughan, who helped  advise Janet during her legal travails, said some clients face arrest when they fail to appear at a court-ordered debtors exam to review income and assets.

“Not all creditors ask for it in all situations,” Gaughan said, “but it’s something that happens.”

Often, LAN attorney Kate Owen said, clients don’t even know they’ve been ordered to attend a debtors exam or served with an arrest warrant as the law doesn’t require personal or actual notice, but only an attempt to serve at someone’s last known residence or place of employment. She cited the case of a single mom who missed a debtors exam when notice was left with a colleague at her employer and it never reached her.

“The police came to her home and arrested her in front of her kids. She didn’t have the $100 for bail to get out of jail, so her dad had to come into town to bail her out.”

Gaughan said creditors sometimes agree to set aside a debtors exam or arrest warrant. When they don’t, she said, “then we have go to court with the client.” She said Legal Aid invariably gets exams and warrants set aside or quashed. That’s what happened in Janet’s case. But that doesn’t wipe away the stress it puts people under.

Owen said Legal Aid is challenging the constitutionality of a state statute that allows a bench warrant be granted if someone misses a debtors exam.

“In theory it’s not for owing money, it’s for missing a court hearing. Our point is in no other civil or criminal proceeding can you be held in contempt of court without first being offered a reasonable opportunity to explain why you weren’t there.”

“There’s no limit on how many different ways a creditor can target your assets. A bank account can be wiped out while your wages are being garnished. Often the last resort is bankruptcy. To say it’s stressful would be an understatement. It’s not uncommon for people who come see us to be in tears.”

She said creditors often overstep their bounds and even violate the law. She recalled a case in which a creditor unlawfully garnished a client’s Social Security savings.

“I claimed an exemption. She was a little old lady on oxygen and she only owed $10 but it was a lot of money to her.”

Owen said the judge dismissed the action and cancelled the debt.

“Another case we’ve filed opposes garnishment of a student loan from a bank account, which is exempt.”

Exemptions are handy, Owen said, “but they only help when you assert them – they are not automatically applied. You have to make that argument.

“In another case we’re challenging what methods a sheriff used to collect on an execution. We’re arguing he created an impression in a reasonable person’s mind that the sheriffs department was the agent of a debt collector.”

Owen said a recent ProPublica study documented “the poorer you are, the more likely you are to be sued multiple times because you lack the funds to pay.” She said client debt is “not for frivolous purchases” – it’s for medical bills, child care, rent, transportation.

She said “there is vast, cumulative debt in the most impoverished African-American and Latino areas, adding, “Many individual debts are well under $1,000. But even $100 is a lot to these clients.”

“We’re litigating a lot of cases where a year or two after moving out of a rental unit somebody gets sued for alleged damages. We’ve been trying some of those cases and I can’t say we get down to zero – every once in a while we do – but creditors will offset the security deposit and everybody just walks away.”

She said the aggressive tactics of creditors send even small accounts out for collection and exploit the situation by bundling accounts.

“For a lot of our clients, whether they owe $50 or $500, it’s equally unpayable. The more accounts that get bundled together, even though these are distinct debts, it becomes even more overwhelming. It’s death by a thousand paper cuts. Most states do not allow such bundling of debt.”

She said among Legal Aid’s “wish list of changes” to current state law is limiting collection filings to a single debt rather than bundling debts together.

“That would make it less economically advantageous for creditors to file for some of these really small debts.”

She said it would also help discourage predatory and nuisance cases if the state imposed higher filing fees.

Voices for Children in Nebraska executive director Aubrey Mancuso (see related story in this issue) said there is “an entire industry of financial services – things like Payday lenders, small debt lawsuits, check cashers, pawn shops – that make it even harder for families who are trying to gain any type of financial stability. These companies are profiting off of families in difficult financial situations.”

Mancuso said, “It’s a huge problem. Payday lenders are a good example. Nebraska has one of the highest allowable interest rates in the nation for those types of loans. Small debt lawsuits are another way creditors are making money off of people’s poverty. It’s big business.”

Experts advise educating yourself about credit practices before making a purchase or getting a loan. Never borrow, even small amounts, against your paycheck and thus be trapped paying high interest rates. If you feel financially abused or harassed by a creditor, seek legal aid as soon as possible.