Fresh out of Thyme

National health food store Fresh Thyme has announced several closures in the last year, including a Lakeside location in 2019. The three remaining Nebraska locations have found themselves on the chopping block, and are now facing their final month. Two Omaha locations, one at 150th and Maple and another at 132nd and Center have failed to meet sales standards, and will close. The sole Lincoln location will also be closing, closing Fresh Thyme’s tenure in the state.

Good News, All You Cats and Kittens!

It’s Blackstone’s lucky day as they welcome a new establishment to the district. Located in the former Forno bay, Lucky Tiger Izakaya  features choices of ramen, sushi and sashimi, Karaage, and a number of unique rice dishes. Your soon-to-be favorite cocktail spot is celebrating their grand opening today, so stop by for a bite and a little Luck in 2020! 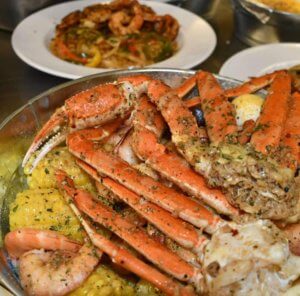 A new Omaha offering is hoping to get your ghost. In spite of early predictions that Haunted House Restaurant wouldn’t be serving their first dinner until October 23rd, the establishment announced their opening this week via Facebook Post. The restaurant at 7639 Cass street hasn’t posted an official menu, many photos, or a whole lot of information whatsoever. An interesting marketing technique, perhaps, but they have managed to intrigue many diners with their ambiguity (and with their Cajun style seafood dishes).

So far reviews have remained favorable, and this Reader Writer is looking forward to stopping in for a spell.

Speaking of which, be sure to check back next month for our Haunted Dining Tour, where we check out Omaha’s most spirited locations!