Home » Uncategorized » The Language of the Unheard 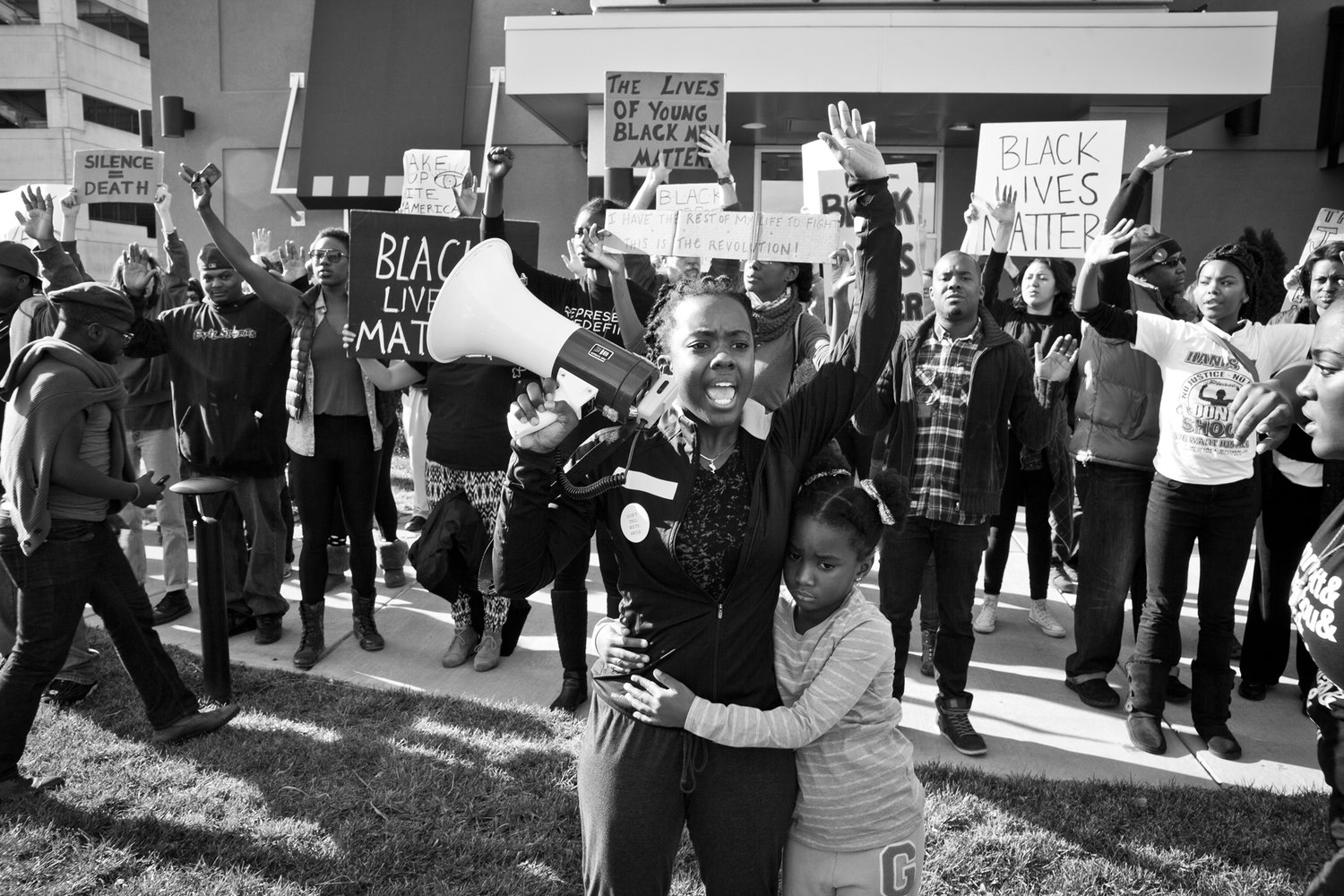 Whose Streets? is significant as it is the first-ever in-depth analysis from black filmmakers of the events in Ferguson, Missouri that followed the killing of unarmed black teenager Michael Brown by a white police officer. The documentary, directed by Sabaah Folayan and her co-director Damon Davis, tells a story of “the voices unheard” through five chapters, using archive footage and private interviews that unfold alongside protests and riots that kicked off the modern day movement against police brutality. “I don’t know what year St. Louis is in, but it’s not 2014,” are some of the first words spoken in Whose Streets? and they perfectly set the tone for a beautifully crafted documentary that explores a defining, ongoing moment in America.

For all of its captivating archive videos, the most powerful moment in Whose Streets? is the opening montage of private interviews that feature black Ferguson residents recounting where they were the exact moment they found out Michael Brown was killed. Even Brown’s mother is interviewed, as she painfully recalls finding out about her sons death on a friends cellphone. Much of Whose Streets? is a rebuttal to many criticisms of the Ferguson events, especially the question, “Well, suspicious police shootings happen all the time. Why did people get so upset about this one?” The opening montage rebukes by explaining that Michael Brown’s killing was the last straw for a community fraught with grief and racial tensions.

What’s surely the most controversial aspect of Whose Streets? is it’s stance on the Ferguson riots. Reactionists may condemn the film as “pro-riot,” but of course that disservices the documentary’s thoughtful and nuanced exploration of the events. Particular attention is given to the infamous QuikTrip gas station that rioters burned down, prompting mainstream media to have a conniption. Although it’s possible the filmmakers agree that it’s unfortunate a building was set on fire because someone could have been physically hurt (nobody was), the documentary confronts viewers with the question, “If you thought burning down an empty building was the only way to draw attention to your community’s maltreatment, would you do it?”

In fact, many scenes in Whose Streets? highlight how intrinsic differences in terminology drastically changed perceptions of the Ferguson events. For many Americans, the word “riot” only has negative connotations whereas activists often use the word much more fluidly to describe what they see as a useful political tool. These perceptions are then explored, most effectively by noting that although many Americans seemed to contrast the Ferguson events against policing in their own communities, it’s always been well-known by Ferguson residents that local police rule with an iron fist. It’s a dynamic of the events the media often chose not to convey, which is why it’s so important filmmakers were there talking with locals as the situation unfolded.

If you shook your head at the Ferguson community during the protests, Whose Streets? isn’t going to be the film that changes your mind about the events. It’s a piece of activism that unapologetically takes a stance in support of the Ferguson community. But just because you don’t like the documentary’s point doesn’t mean you get to dismiss its craft. Even if it wasn’t one of the rare activist documentaries that actually brings something new to table for the issue it’s discussing, the impeccable production of Whose Streets? is enough to make it the best documentary of the year.