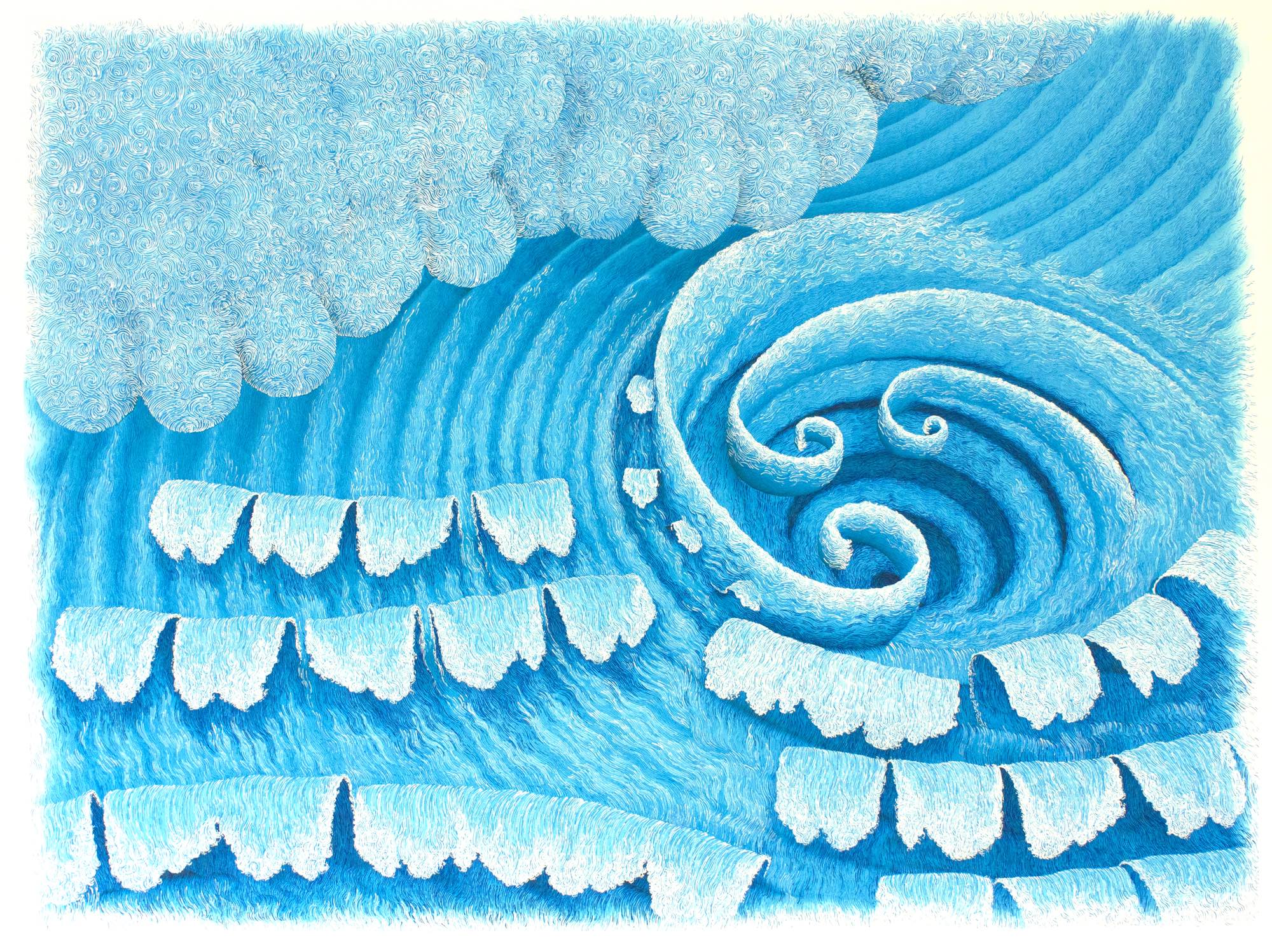 Day will exhibit archival prints with watercolor for his larger works and smaller archival digital prints. The addition of watercolor is a newer medium for Day.

As for Tegland, his medium is listed as graphite on birch panel. Known primarily for his strikingly deceptive black on black drawings, as with Day, he too experiments here with a more colorful palette.

Though cool, geometric abstraction is a common bond in this exhibit, the two main contributors display some key differences in their process and aesthetic despite any similarity in their imagery. Another significant motif is artful deception as Day’s digital prints resemble paintings and Tegland’s meticulous mark making suggests etchings.

What they share is a fondness for precise, highly organized pattern and design with the occasional paean to an organic, gestural flourish.

So too, does each artist follow his own particular muse…these are not random drawings or prints in either case. For Day, his work is motivated by “eccentric bodies of knowledge, modes of information display, and recent developments in visual perception and neuroscience.” 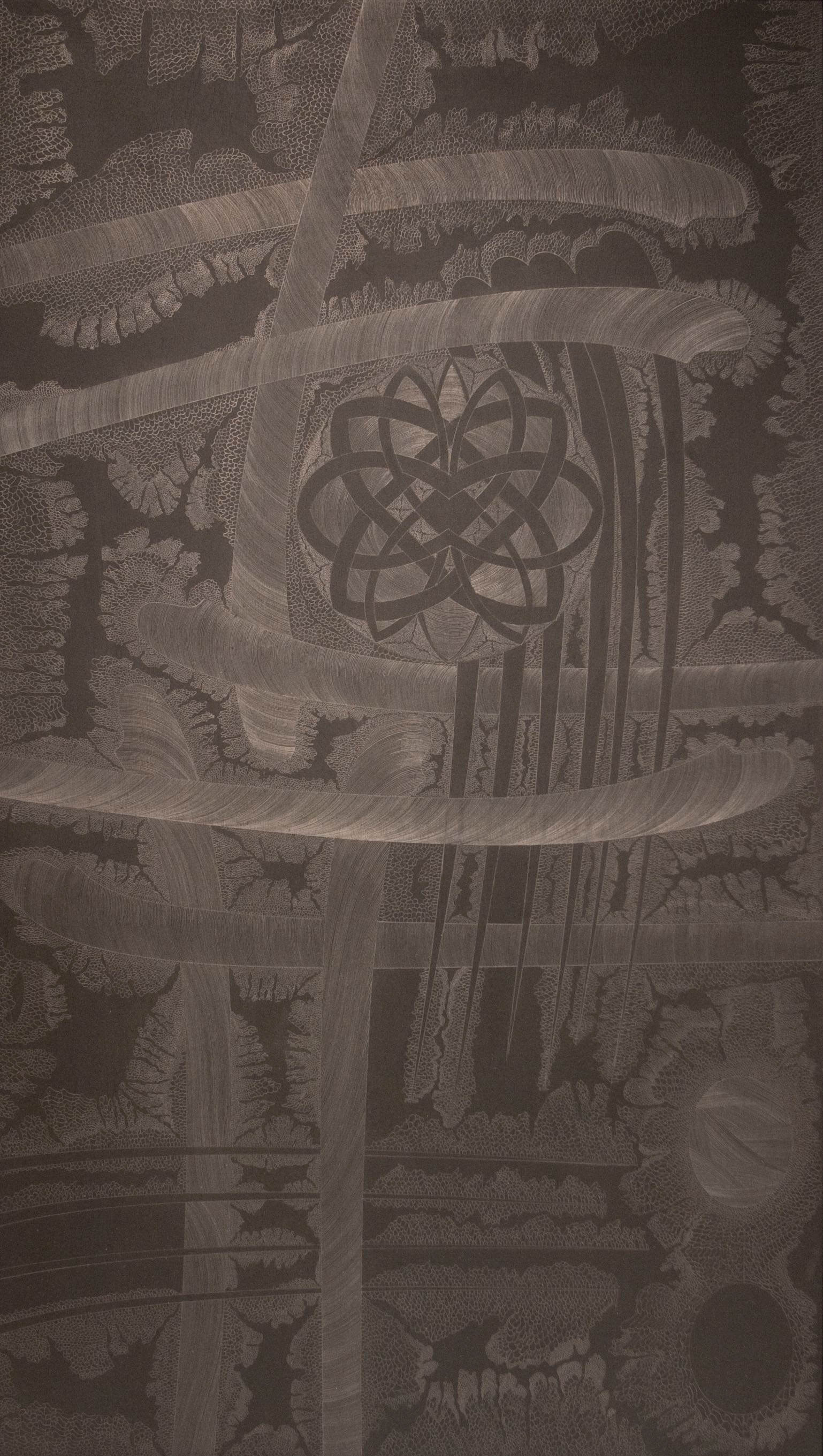 Tegland believes his graphite drawings to be a combination of “my wondering mind and my hand connecting to a thought and then scribing it.” His sense of wonder is deeply rooted in several cultural influences, especially his own Norse and Germanic past.

Day is retired and was a Clark Diamond Professor in the Department of Art and Art History at the University of Nebraska Omaha where he taught printmaking, computer animation, and game design. He is the former Director of the UNO Print Workshop, a center that prints and publishes limited edition fine art prints by visiting artists.

Gary Day and Michael Tegland open at Modern Arts Midtown Friday, July 7, from 6-8 p.m. and continue until July 28. For more details and gallery hours, go to modernartsmidtown.com or phone (402) 502-8737.