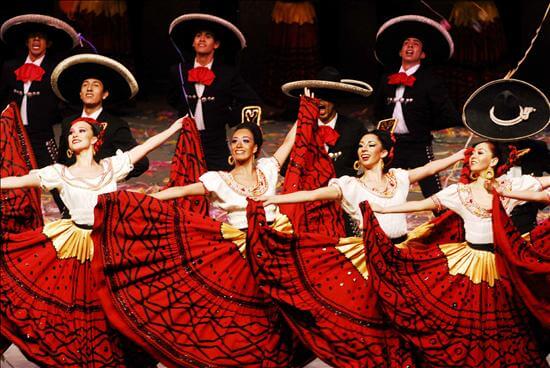 Mexico is renowned for its vibrant, colorful, diverse and long history. One dance troupe, the Ballet Folklorico de Mexico, personifies the country’s past through traditional costumes and choreography.

The group was founded in 1952 by one woman, Amalia Hernandez. She gathered her experiences as a dancer, dance teacher and choreographer, and started her small company with eight dancers. The group quickly gained steam when it was featured on a Mexican television program. A few years later, Hernandez’s dancers performed at the Pan-American games in Chicago, further bolstering its popularity. Now, the Ballet has over 40 routines for upwards of 70 dances, performs regularly in Mexico City and tours extensively.

Hernandez is involved with the Ballet to this day, even though she has cut back on her duties. Ballet Folklorico remains headquartered in Mexico City, in a building designed by Mexican architect Agustin Hernandez. The Ballet runs a school which accepts students of all ages.

Ballet Folklorico tells Mexican history from each distinct period – Pre-Columbian, Spanish Viceroy and the Revolutionary Years. As much as the dance tells each vignette, the costumes play an equally important role. The women typically dance barefoot in elaborate dresses representing the various geographical areas and historical eras of Mexico.