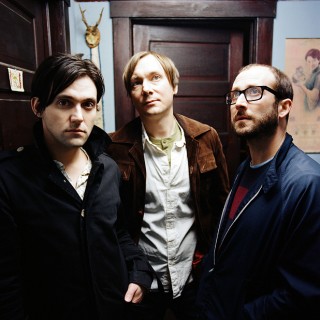 Feb. 14 Bright Eyes Listening Party for The People’s Key The Slowdown, 729 N. 14th St. 8 p.m., FREE, 21+, theslowdown.com We all know the storied past of Omaha native and indie rock poster child Conor Oberst. This Monday, The Slowdown invites us to get a sneak-peek at a piece of his future, as they are holding a listening party for Bright Eyes’ seventh studio album, The People’s Key. The record is set for official release the following day, Feb. 15, and to celebrate the occasion the north downtown rock club will play The People’s Key twice in its entirety — at 9 p.m. and again at 10:30 p.m. — while giving you the chance to buy the album ($10 for a CD and $18 for an LP) a day earlier than anyone else in the rest of the whole wide world. Bright Eyes is currently in Europe and recently announced a North American spring tour; while there was no Omaha date listed on the initial line-up, one was added Tuesday. That should come as no surprise, either; be it album pre-sales for locals or from-out-of-nowhere concerts at places like Westfair (where this summer’s now-official June 4 concert will take place), one of the things we definitely know about Oberst’s past is that he’s not one to forget his roots. As for his immediate future, well, happy listening on Monday.