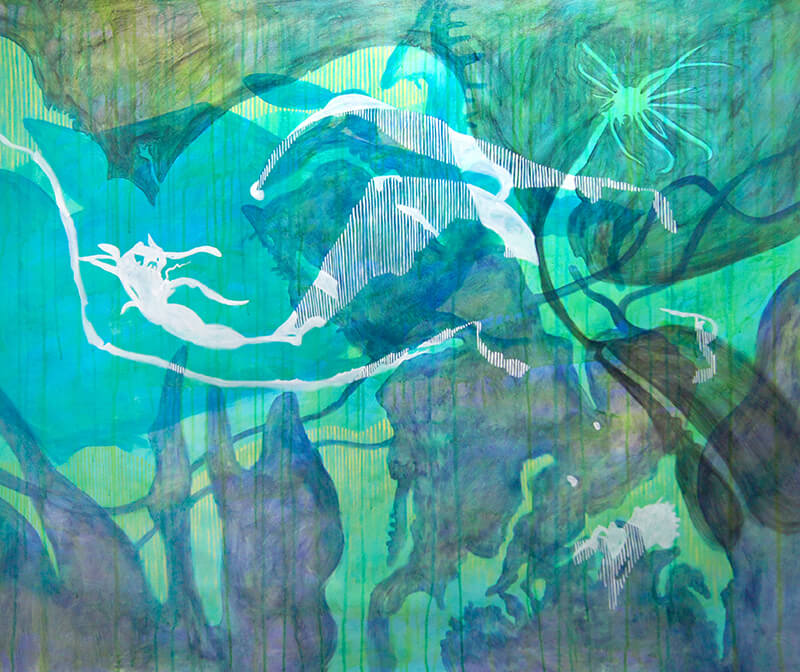 East meets West at the Fred Simon Gallery when Bethany Kalk opens with Caught in the Current: Recent Abstractionson Friday, July 27th. Kalk, who also goes by “Betni,” spent much of her childhood raised with the Sawiyano tribe of Papua, New Guinea.

Born in Canada, she moved to the island at an early age with her missionary parents. Life in the rainforests of New Guinea instilled in this artist a deep appreciation for the visual resources offered up by the natural environment, both of water and land.

The area where she grew up has a close connection with the Sepik River, one of the largest freshwater river ecosystems in the Asian-Pacific region. There is a long tradition with the Sepik people, the various tribes that live along and near the river, of art and craft that includes pottery, intricate woodcarving, and elaborate drums. 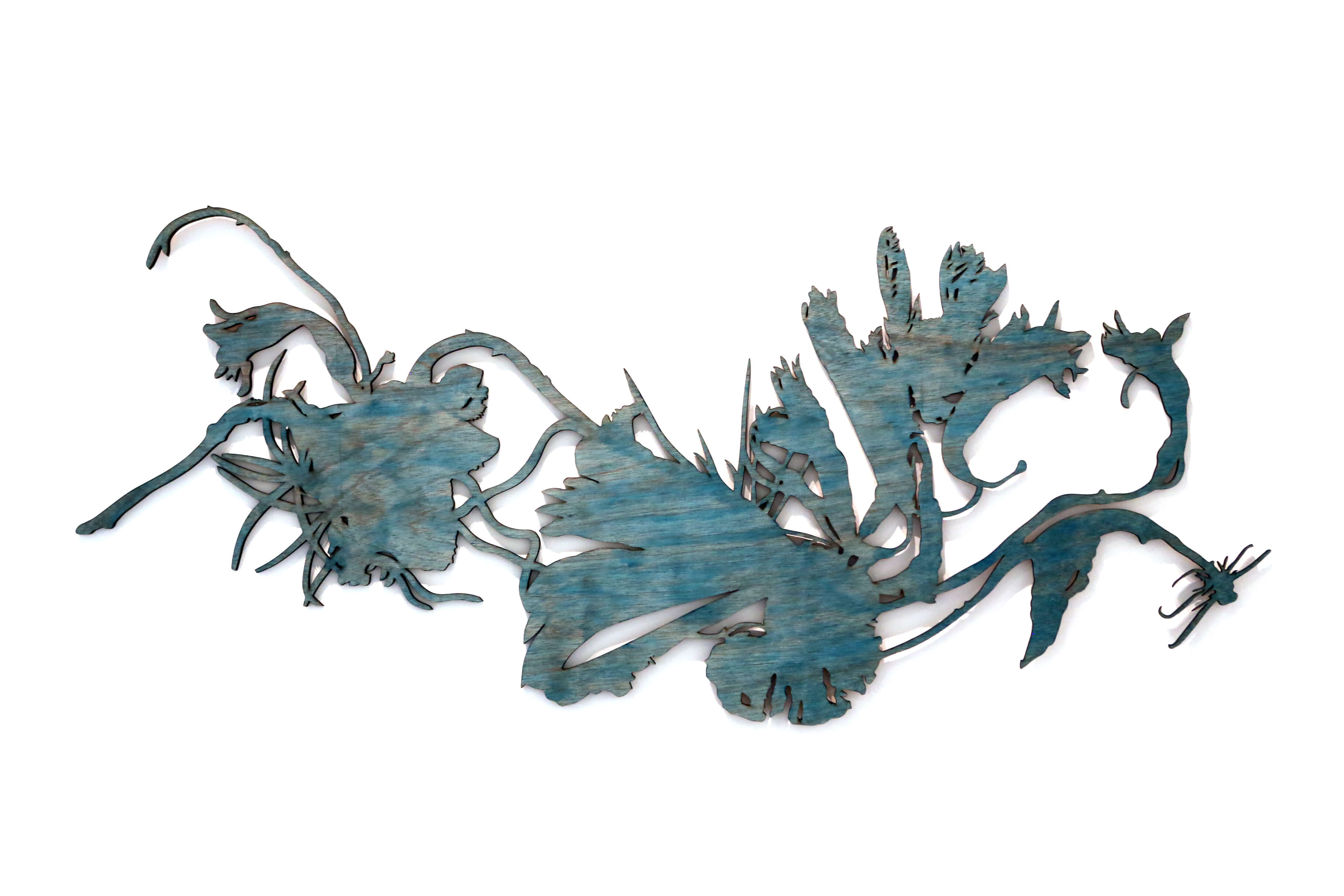 Her training in both graphic design and painting provide palettes of bold graphic structure and delicate, transparent pattern and line from which to choose. Her work is influenced by oceanic tattoo art as well as a riverbank in Minnesota or “rust formations and broken electronics and wiring.”

Her methods are not limited to one medium, and she is active in all forms of visual art and design, from video and photography to encaustics, painting, sculpture and installations. Found objects and discarded manufactured objects often figure into her work. This exhibit will feature several large paintings, a few laser carved wall sculptures, and four encaustic (a hot wax process) paintings.

Kalk, originally from Canada, currently lives in Omaha, and has shown extensively across the US, including Lexington, Milwaukee, Minneapolis, New York, Omaha and San Francisco. Currently she teaches art and design at Creighton University.

Caught in the Current: Recent Abstractionsopens with an artist’s reception on July 27that the Fred Simon Gallery. The exhibit runs through September 21, 2018. Further information and hours of operation are at artscouncilnebraska.gov, or jared.kennedy@nebraska.gov.