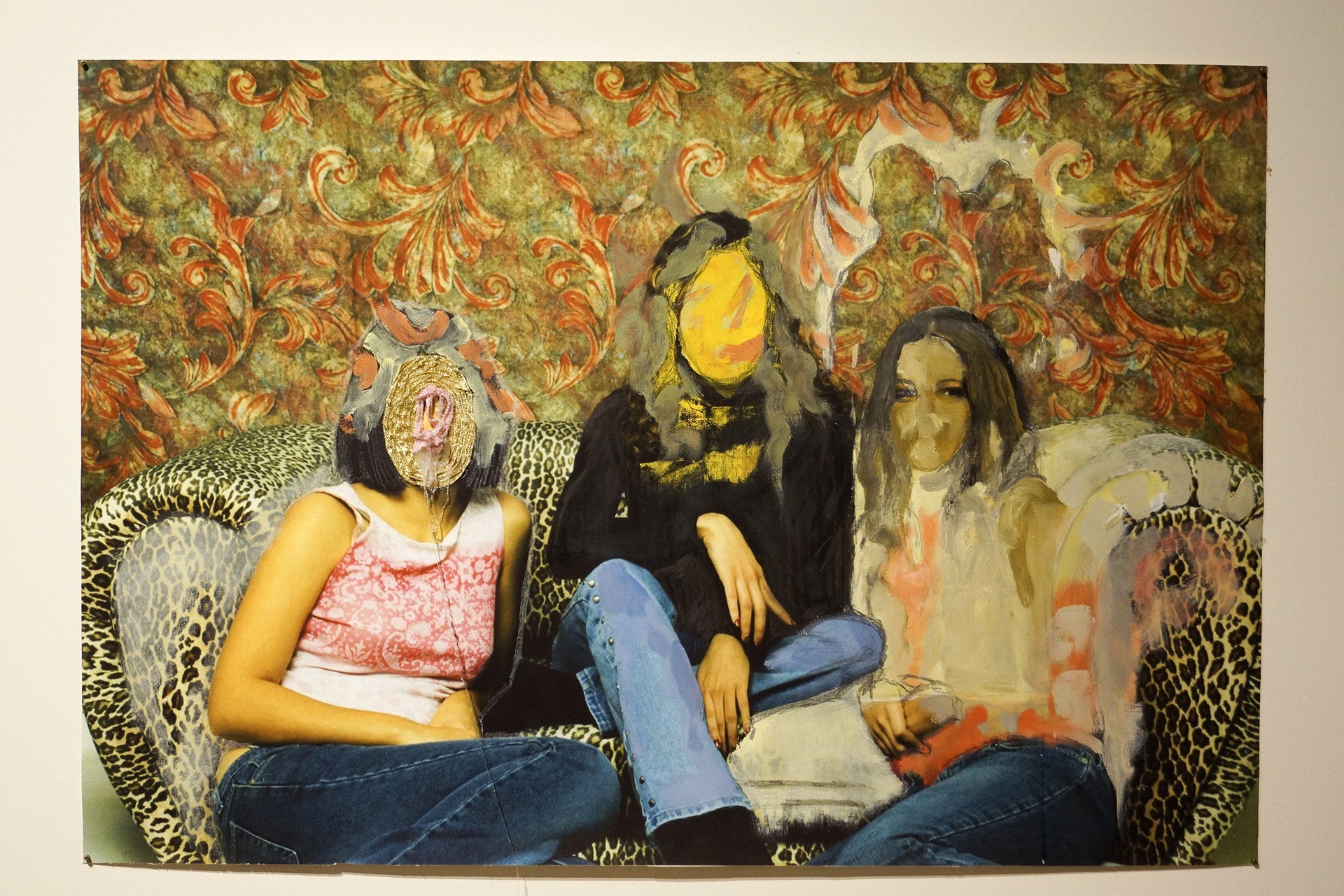 For the past 107 years, University of Nebraska at Omaha’s (UNO) fine arts program has showcased work by students, faculty and alumni in its Weber Arts Building Gallery dedicated to the department’s mission of developing art study into arts careers.

This month, UNO highlights this tradition with ReCONNECT, a juried alumni exhibition featuring graduates of the UNO School of the Arts ranging from the class of 1964 through 2015.

This is the first time an exhibition of this kind at the gallery has been juried by someone from the outside. Teliza Rodriguez, curator at the Museum of Nebraska Art, selected fifty-two works by twenty-six artist alumni. 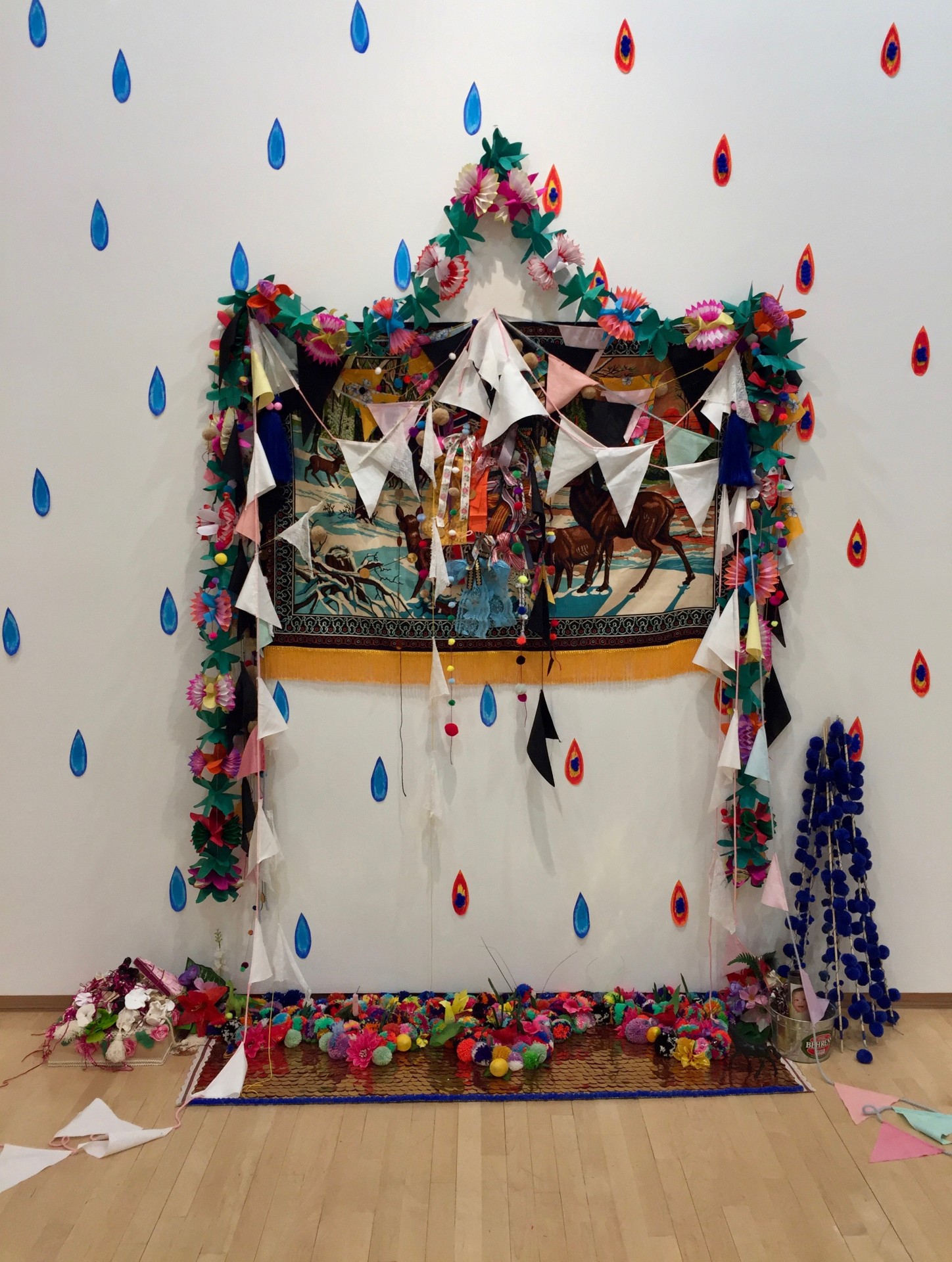 Rodriguez notes especially the diversity in medium and style and based her selections on strong visual presence that showed elevated technique and craftsmanship. 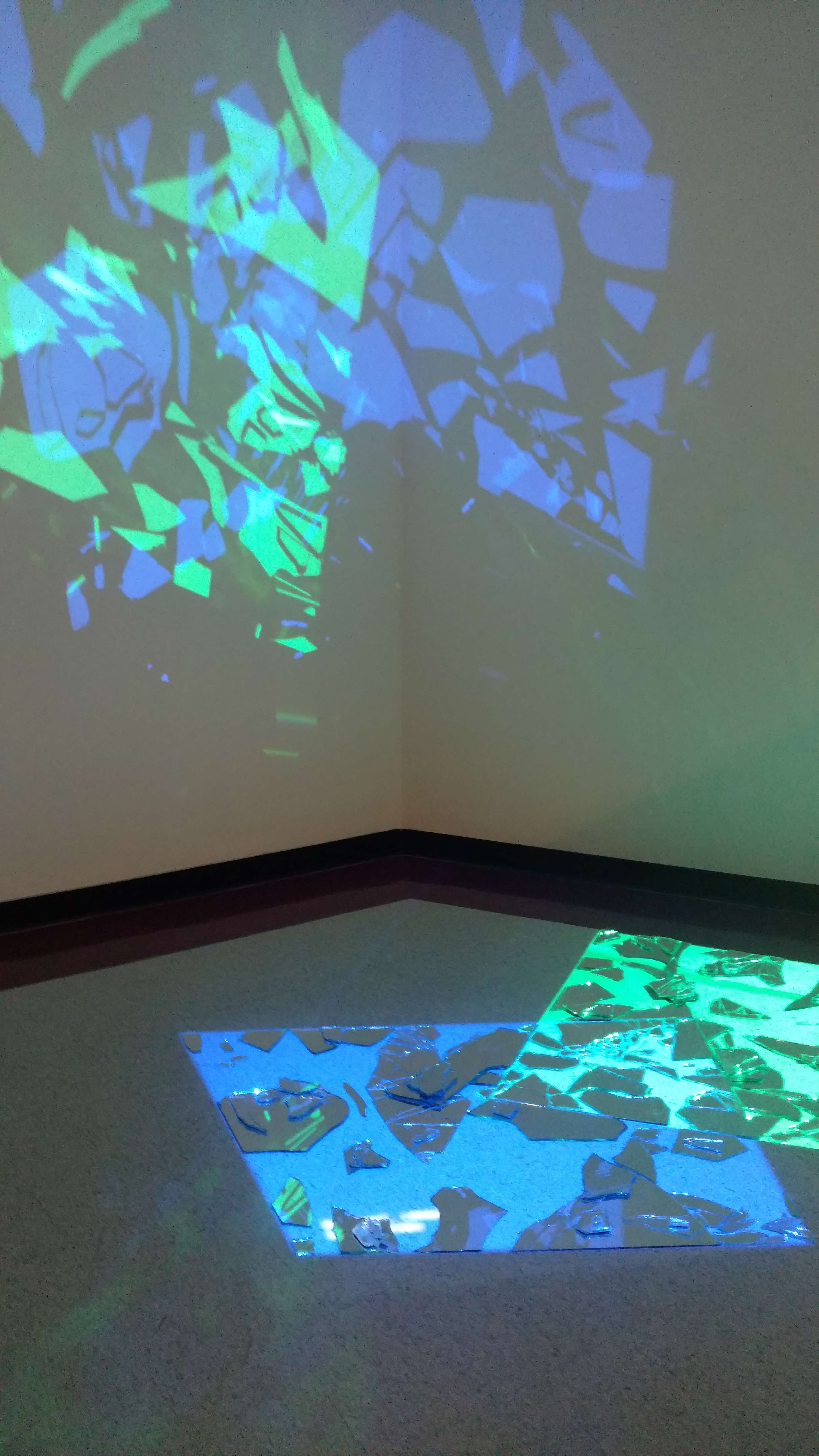 Among the work represented in ReCONNECT, is Hardy’s installation piece “UPSiDE” which reflects what she learned as a student.

“[Professor]David Helm’s guidance with sculptural form and [Professor]Gary Day’s openness with and support in experimentation helped to refine my structural representation,” she said. Hardy has since become a prolific installation artist, exhibiting throughout the Midwest and participating in residencies and fellowships.

Even since 2010, the availability of new media has helped shape traditional art studies into innovative vehicles of communication. In addition to art history, theory and practice, applied design, drawing and watercolor that were offered at the program’s inception, the art school now offers graphic design and media arts in addition to its wide variety of two- and three-dimensional studio arts concentrations.

One alum who benefitted with this change is Mike Scheef, a printmaker and member of the class of 1996. 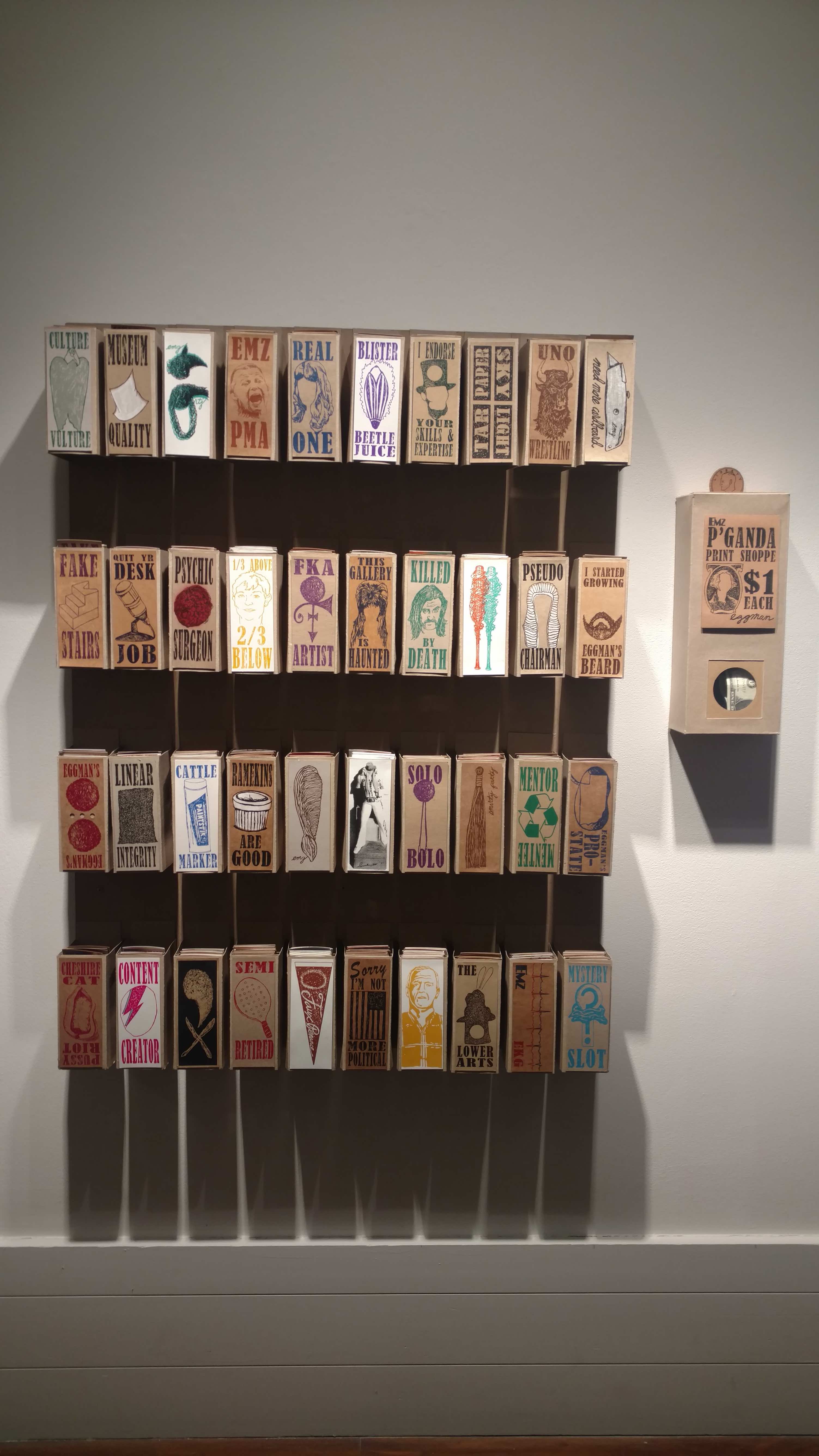 “I was in art school before we had computers and email,” he said, “so all of the traditional methods were the focus- painting, drawing, sculpture.”

Scheef’s current art differs quite a bit from his work as a student, but the fundamentals are still a part of it. His print work often swings from traditional two-dimensional pieces to installations and conceptual objects.

It is most striking to see the diversity of work in the exhibit created by all of these former students. From acrylic painting to mixed media to paper to video, it is clear that the program gave each of these alums a foundation that inspired an identity that they cultivated in their work as professional artists, educators and creatives.

The legacy of this program and the sheer number of successful works it has elicited only further supports the argument that substantial, consistent arts education is a tentpole to a well-rounded experience for every student. 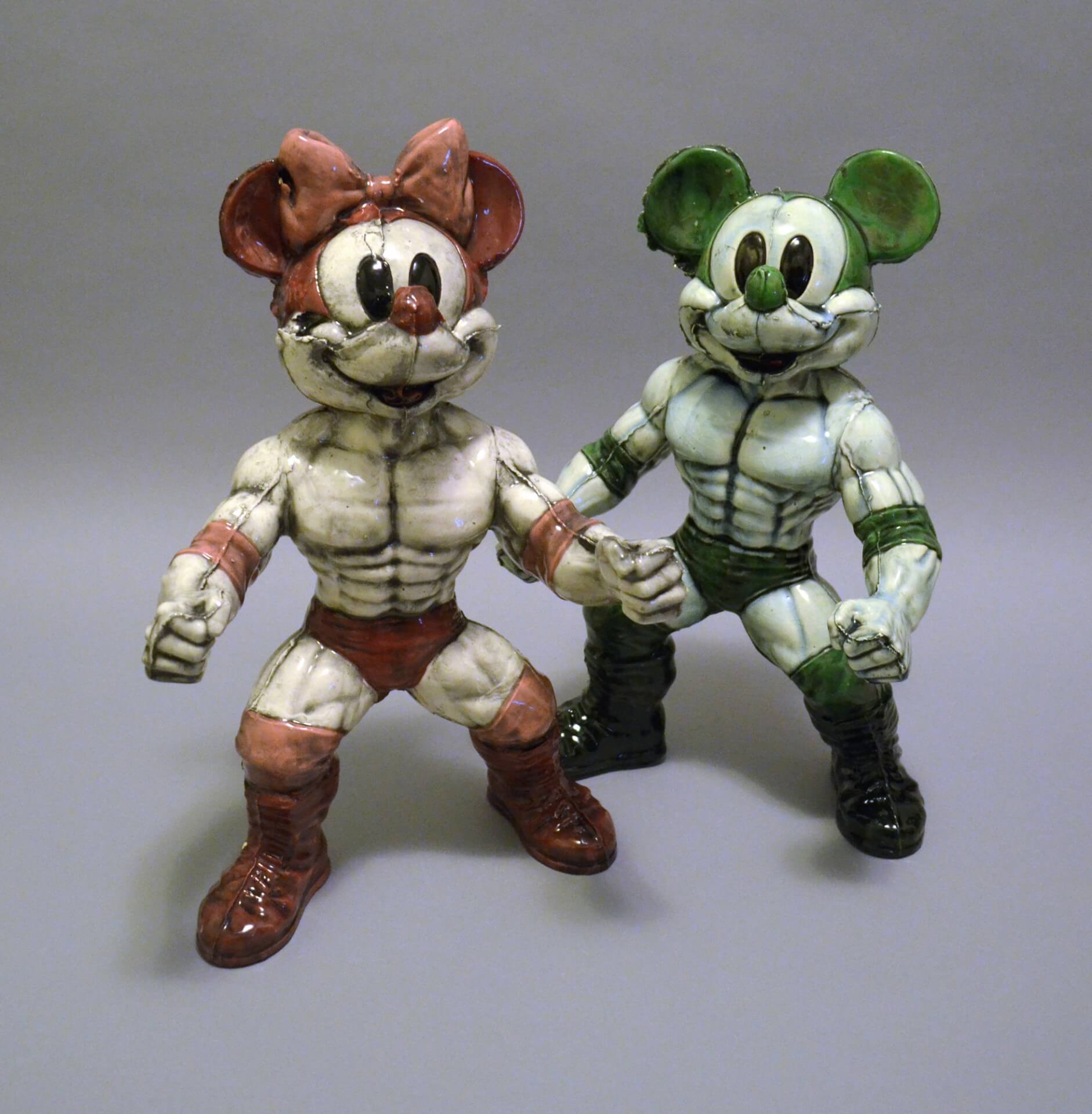 Current UNO art history professor Adrian Duran points out, “[ReCONNECT] shows a deep, decades-long tradition of artistic success at UNO. This is a timely reminder of the centrality of the arts in higher ed at a moment where both are under siege from forces both near and far.”

ReCONNECT shows us fifty-four years of UNO graduates that still find their arts education to be a driving force of their work. In addition, the exhibit illustrates how a community created from this collection of artists brings meaning via a personal, professional and educational network. 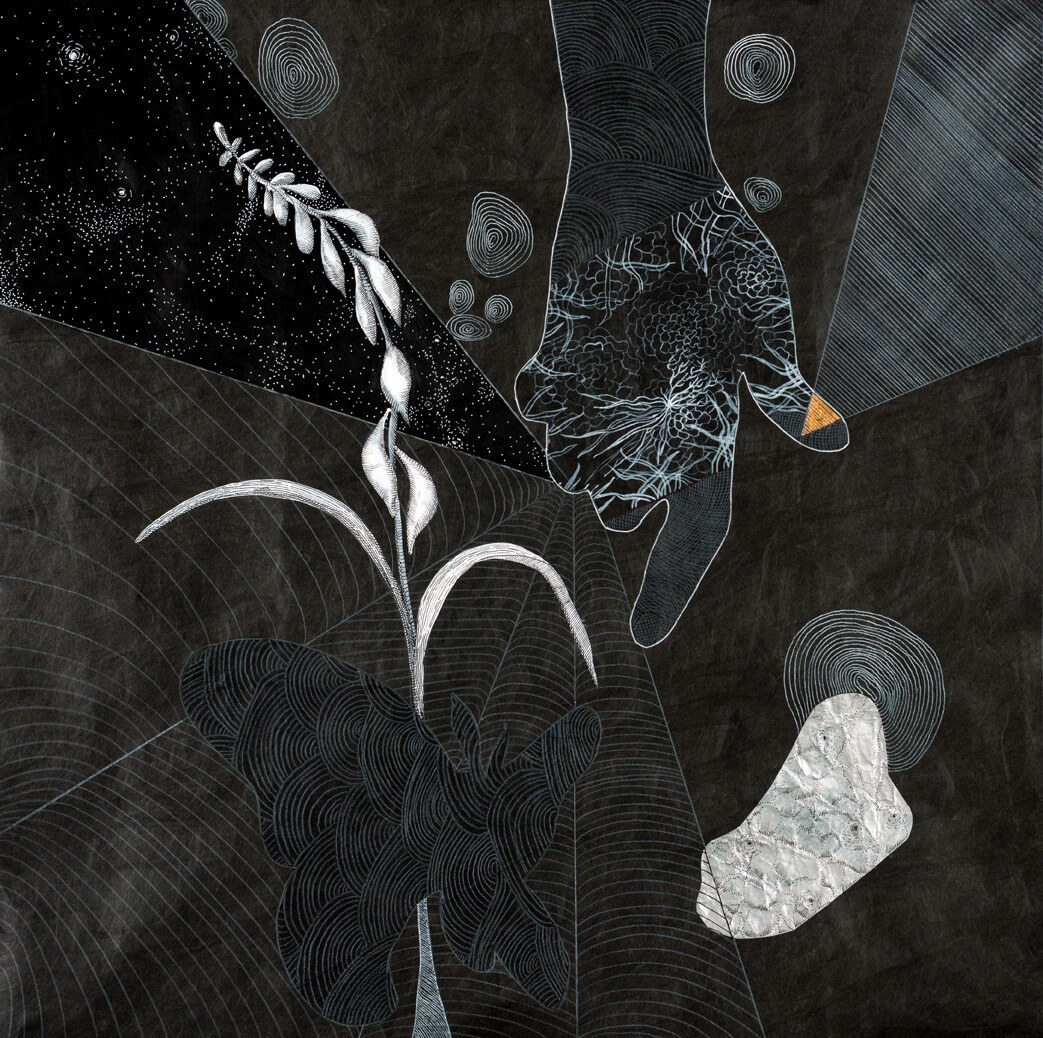 Artists in this community have cultivated an intense support system that boosts confidence, offers understanding, open doors and just plain gives good feels for all of those that spend time in its circle.

The art programs in Omaha and specifically here at UNO as represented in ReCONNECT propel talented students to be a thriving part of the Metro art scene. How we examine arts education in the coming years will determine what we value for students and our community as a whole.

ReCONNECT is on view at the UNO Art Gallery in the Weber Fine Arts Building at 6001 Dodge Street through February 16. For more information visit artgallery.unomaha.edu.