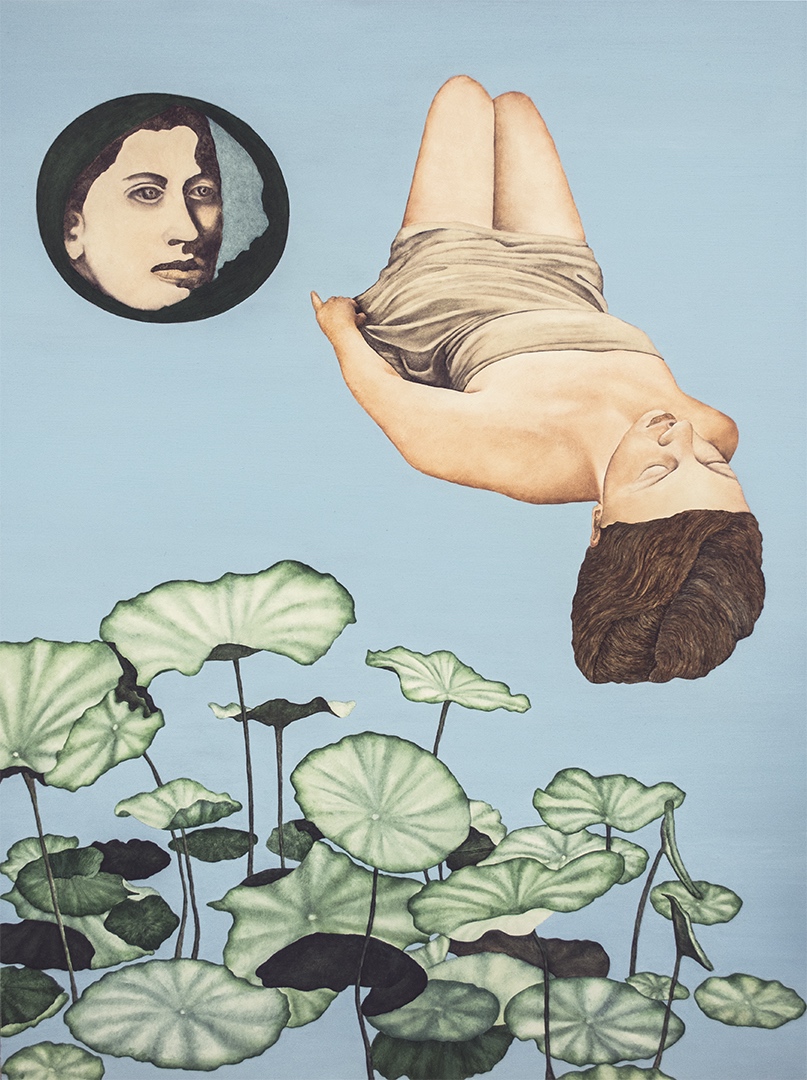 Close Imaginary Time, which opened at the College of St. Mary’s Hillmer Gallery on March 2, is the latest installment in a resurgence of interest in the work of Barbara Simcoe.

The last year has seen her exhibit in-depth bodies of work in Omaha, Nebraska City and Wayne. With the Hillmer show, Simcoe offers an update to the painting retrospective she had there in 2006; Close Imaginary Time offers a range of works in oil on canvas, oil on panel and oil pastel that trace her activity since that time.

Simcoe is a professor of art at the University of Nebraska at Omaha, where she has taught painting and drawing since 1998, as well as worked steadily in her own studio in the media of paint, printmaking and drawing.

For many years now, Simcoe has been creating montage-based compositions that combine the female figure, architectural fragments and natural elements into metaphorical narratives–artworks that suggest, but do not define, deeper meanings and connections. Her particular interest in historical fragments and antique archetypes give the works a timeless sensibility.

Close Imaginary Time runs through April 21 at the Hillmer Gallery in Walsh Hall, College of St. Mary, 7000 Mercy Road in Omaha. The gallery is free to the public and is open Mon-Thu from 9am-7:30pm, Fri from 9am-5pm, and Sat from 8:30am-12:30pm, except during University holidays.