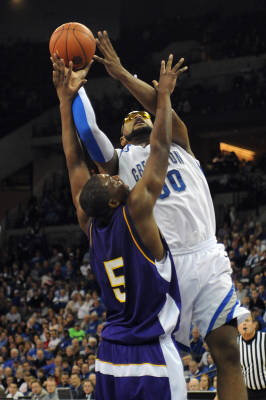 Feb. 5 Creighton vs. Evansville Qwest Center Omaha, 455 N. 10th St. 2:05 pm, $12-$40, 280.5297, ticketmaster.com The up and down season that the Bluejays have experienced may be of concern for the casual bandwagon fan … but it’s of no issue to those whose lungs burn after every hardwood battle from screaming and cheering, whose face looks like Violet Beauregard due to the permanent glow of blue face paint, and whose wardrobes consist of shirts with Billy Bluejay plastered on them. You know who you are. As the team sits in the middle of the pack in the Missouri Valley, a win over the Evansville Purple Aces puts the hometown boys right in the thick of the race and keeps hopes of a post-season birth alive, as the rest of the league jockeys for position in the last month of the regular season.