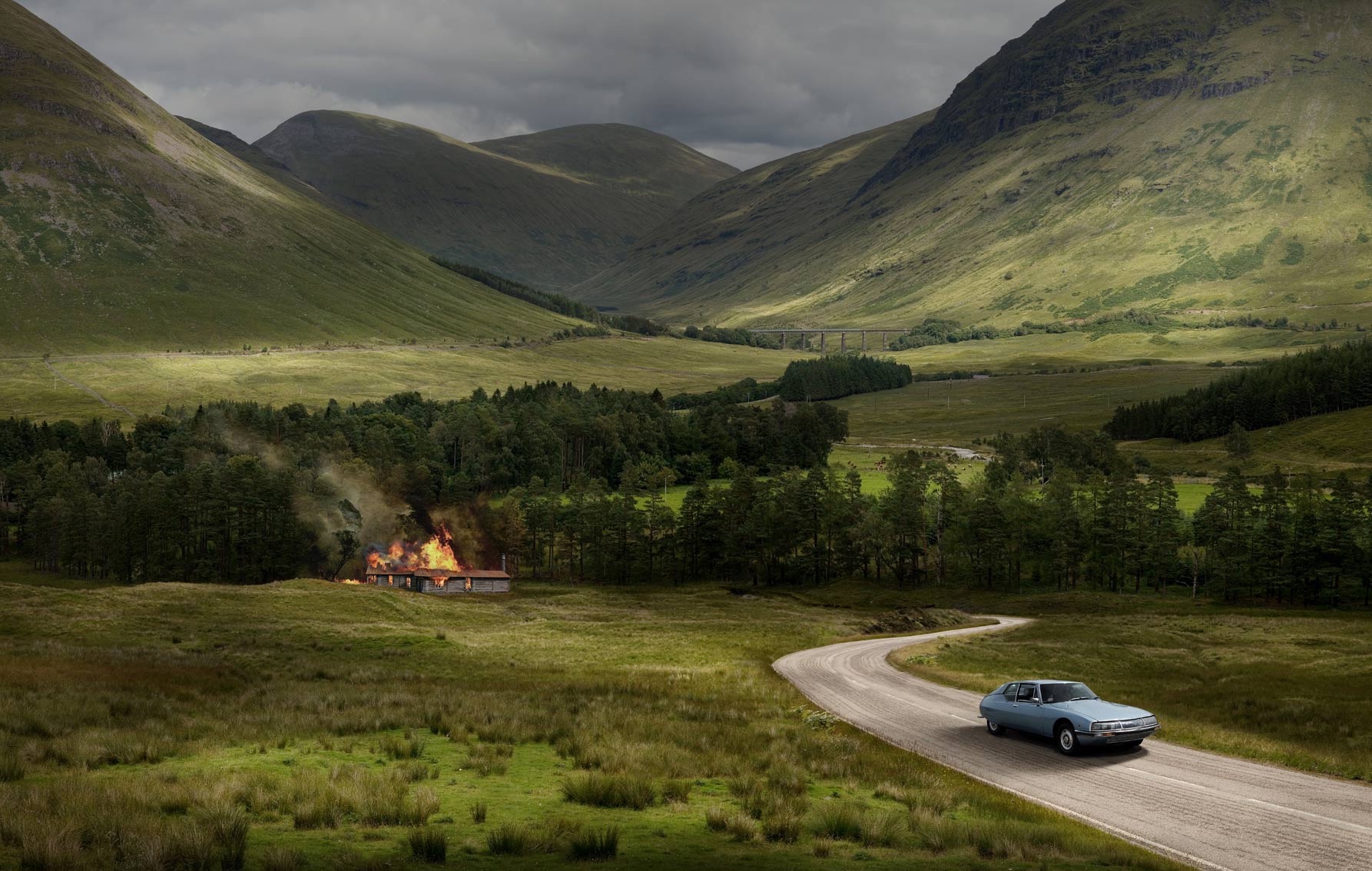 There’s something hauntingly, achingly familiar in the noirish photographs of French photographer Nicolas Dhervillers. His landscapes scenes feel like someplace that you’ve been, a movie you’ve seen, an artwork you’ve viewed, a novel you’ve read.

Yet they are new to audiences here in the Metro, and will debut at the Moving Gallery’s Garden of the Zodiac venue on February 8.

In part, that feeling of déjà vu is due to Dhervillers’ deliberate homages to distinctive moments in film or the attitudes of people and environments in old master paintings. Adept at creating theatrical and cinematic effects, he produces images that have been perfectly described as “dripping with atmosphere.” 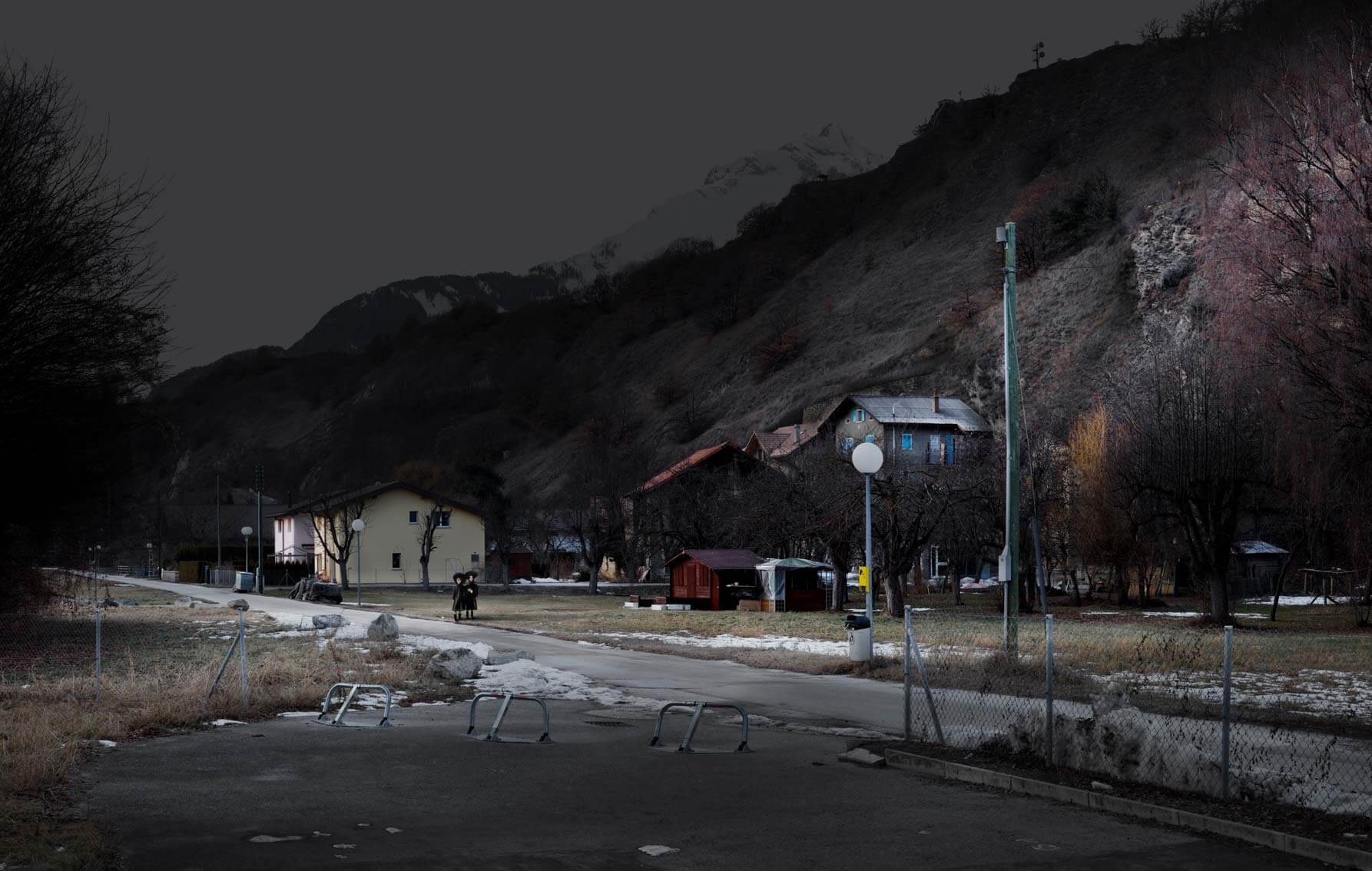 Dhervillers is particularly enamored of day-for-night technique of mid-century movie makers, who outfitted their cameras with filters allowing broad daylight scenes to have the appearance of having been shot at night. Applying that aesthetic in his digital darkroom, Dhervillers achieves deeply moody settings for his isolated figures, adding up to ambiguous yet portent-laden dramas.

The Moving Gallery’s Nicolas Dhervillers is on view at the Garden of the Zodiac beginning Thursday, February 8 from 7-9pm and runs through April 1. The gallery, located at 1042 Howard Street in the Old Market Passageway, is open Tues-Sat from noon-8pm and on Sun from noon-6pm.