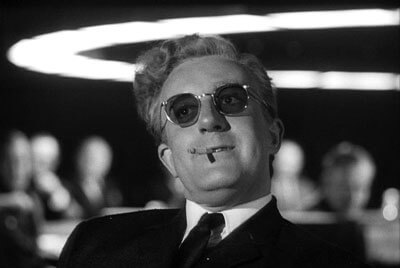 March 25 Dr. Strangelove Midnight Movie Midnight, Dundee Theater, 4952 Dodge St. $6, dundeetheater.com Stanley Kubrick’s 1964 black-and-white movie, Dr. Strangelove or: How I Learned to Stop Worrying and Love the Bomb , is not just a hilarious and believable take on the Cold War era nuclear scare, it was actually deemed “culturally significant” by the Library of Congress in 1989. The film centers on a rogue air force crew led by Jack. D. Ripper (Sterling Hayden) who mistakenly believes Communists are about to attack the United States. Ripper then launches a nuclear attack on the Soviet Union. Hilarity ensues when the president of the U.S. (Peter Sellers) and his war room advisers attempt to recall the plane and warn the Soviet Union of the impending attack. But the Soviets won’t go quietly.