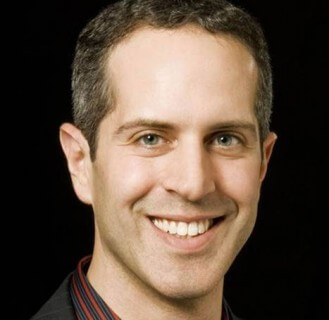 Jason Seiden knows what you’re thinking. Don’t be impressed. It’s not him, it’s Twitter. But he does have good ideas, his own ideas, about what businesses are thinking when it comes to the ever-changing world of social media. The Chicago-based author of two books and co-founder of consulting firm Ajax Social Media will kick off the 2011 Young Professionals Summit as the opening speaker at the annual networking event March 3 at the Qwest Center. Seiden’s part of a business-savvy slate of speakers scheduled for the annual event. Along with local business talent, the YPS will feature a keynote address from Newark, N.J. Mayor Cory Booker. In a little over five years at the helm, the 41-year-old Booker has reduced Newark’s crime rate, turned down a plush White House job, jokingly feuded with Conan O’Brien via YouTube, wowed Facebook founder Mark Zuckerberg into donating $100 million to the Newark school system, picked up more than one million Twitter followers and become the hip, young face of American politics. But can he read minds like Jason Seiden? The Reader spoke with Seiden in a refreshingly buzzword-free conversation about LinkedIn profiles, discarding career paths and, yes, Twitter. So how does Twitter help a major business? Like a lot of things in the constantly fluid world of social media, Seiden says we’re still figuring that out. “Twitter is not a corporate entity,” he says. “It’s basically digitized telepathy. I can read what you’re thinking, and what people are thinking about a lot of the time is what they had for breakfast. But the beauty of Twitter isn’t the one tweet, it’s the flow of ideas.” Small businesses are succeeding with the help of Twitter. Soup Revolution, Omaha’s entry in the rocketing food truck trade, uses it to announce their daily location. Greenstreet Cycles organizes weekly rides using Twitter. Seiden says a human side frequently emerges with small, local businesses, but he’s not sure exactly how Twitter will evolve to help large, multinational corporations. It’s a problem he faces frequently as he bridges the gap between new-world technology and old-world business practices. “The awareness is there, but the business structures aren’t in place,” Seiden says. “We really want to move forward but the structure that’s impeding that growth is the budget.” Take the business networking site LinkedIn. Seiden’s company, Ajax Social Media, offers web-based LinkedIn training and profile analysis as a way for businesses to grow revenue. There are productivity benefits as well as marketing benefits. The question often comes when it’s time to pay for that training. Who foots the bill? Sales or marketing? According to Seiden the current model often doesn’t support that sort of cross-platform training. He estimates it might be five or 10 years before companies are completely comfortable shelling out for the overall benefit of a bolstered online profile. As he works to change that at the corporate level, Seiden has also taken to his blog, failspectacularly.com, to entertainingly and instructively thumb his nose at the prevailing business culture in an effort to help job-seekers become more marketable. In one YouTube video he exposes the absurdity of business jargon by delivering a traditional performance review of his daughter’s first year in kindergarten. In posts like “11 Ways to Make the Least of Your Career” and “Why Extroverts Can’t Lead,” he doesn’t tell you what to do but what not to do. But the most popular post on the site, and the speech he’ll deliver at the Young Professionals Summit, is “Screw your career path. Live your story.” The idea, illustrated with the aid of traditional storytelling signposts like the inciting incident and denouement, is to discard the categories hiring managers love to rely on, ignore the preordained steps that are hardwired into any ambitious individual, and focus on what’s really unique — your story. Seiden calls it a license to color outside the lines. The trick is finding someone who’s willing to go there with you. “You have to find somebody who’s receptive to that,” he says. “You can’t just post a resume and hope somebody can airlift you out. You have to be the hero in your story. “What’s the two-word answer? Build relationships.” The Young Professionals Summit, “From I to We: Changing the Conversation,” is Mar. 3 from 8 a.m to 5 p.m. at the Qwest Center. For more information visit omahayoungprofessionals.org.