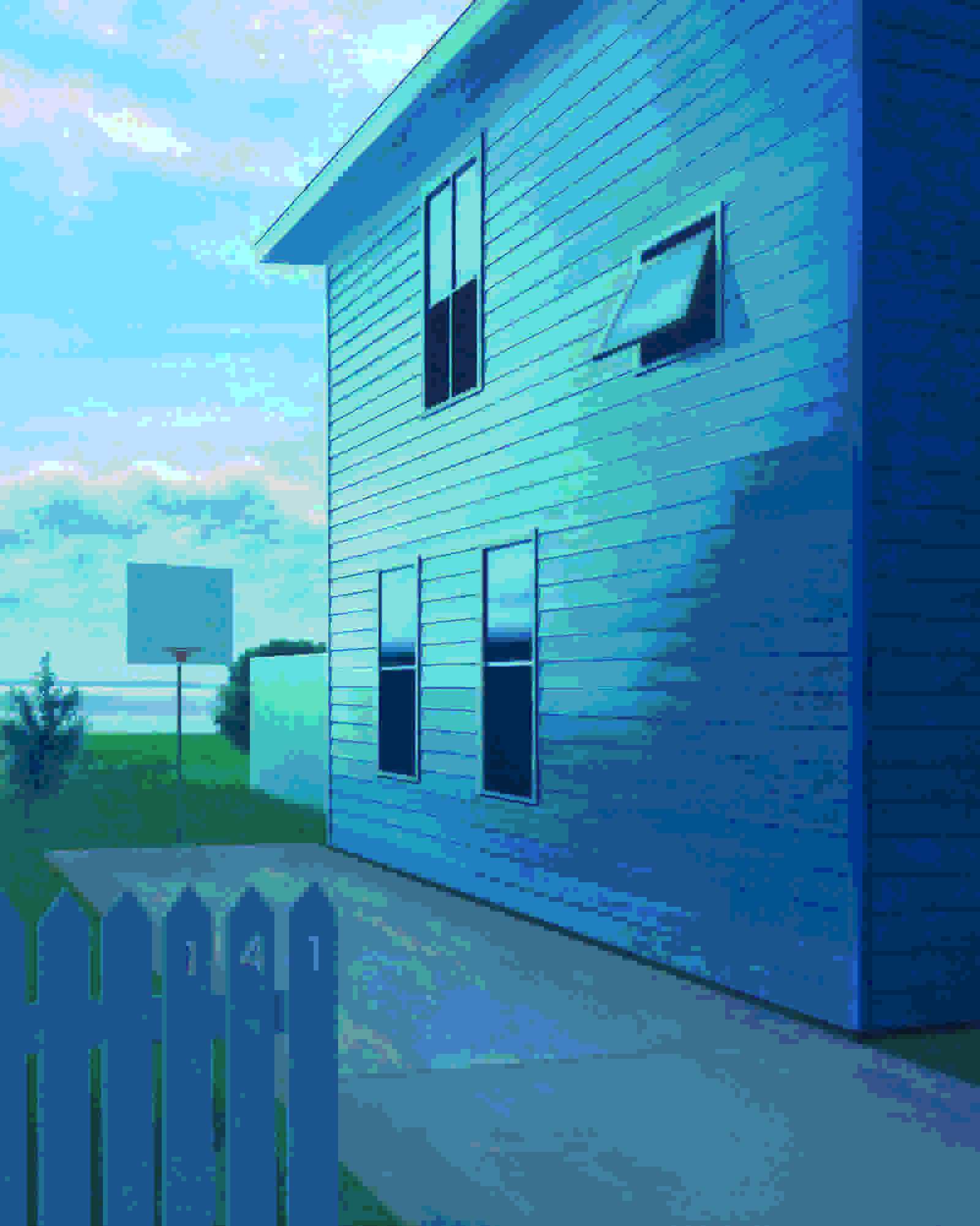 As the show statement says, though Peterson’s subjects are meticulously rendered by careful observation, his “critical eye has found circumstances for inclusion of complex reflections, patterns and light sources that have expanded and at times subverted our idea of reality.”

The result is often a fascinating mix of depth perception and distortion, yet an altogether enjoyable experience.

“The ordinary becomes extraordinary, and the real seemingly unreal. Peterson’s newest work invites intellectual and psychological response as well as an appreciation for his masterful painting in oil.”

If a heightened sense of reality, a hyper-reality actually, is the order of the day for this exhibition, then the accompanying artists seem like a good fit…as the work of each is a variation on a theme.

“My mission as an artist,” McCuen says in her own statement, “is to capture and communicate the essence of classic modern architecture and design through stylization and abstraction,” ….a stylized minimalism, as it were, giving us instead a concept, her concept of reality rather than representation.

Most of Bailey’s still life paintings, equal parts formalism in composition and process and hyper-realism in style, will remind viewers of the Old Masters. Each is a careful study, not only a realistic rendering of the subject, but also of the technique and craft of applying oil paint to canvas. 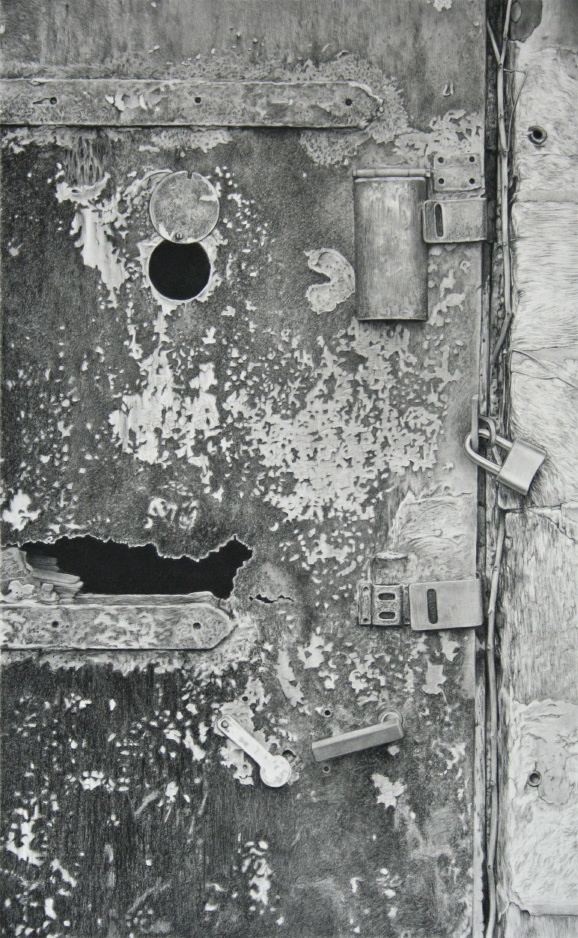 As for Myers, his more organic, gestural works in graphite and charcoal explore the use of simple material to portray simple subject matter and composition with a borderline eccentric approach to detail.

Finally, photo-realism is represented here with the “elusive” pastels and oils of Williams who, in contrast to Peterson, achieves low-key reflection on the peculiarities of representation without undue fussiness, knowing how suggestive it can be. A sense of place without extreme detail.