When viewing Empty and Full, Gallery 72’s current exhibition exploring the topic of water through art, it might be tempting to distinguish between the work of the two artists in the show, Jess Benjamin and Susan Knight, according to the two adjectives in the show’s title.

According to this reading, Benjamin’s work is “full” in the sense of being dense, dark, even a bit post-apocalyptic in its depiction of the strange objects that constitute our water infrastructure.

Benjamin uses clay to create replicas of such unexpectedly aesthetic things as the water intake towers at Hoover Dam, which was built during the Great Depression and is still one of the grandest pieces in the modern hydrologic puzzle.  Viewers will remember larger versions of these towers in Art Seen, the survey of local artists on view at the Joslyn Art Museum from June to October 2015.

According to the other half of this reading, Knight’s works can be seen as “empty” in the sense of being light, airy, and open to the world around them.  Working with what she calls “disks” or “dials” of paper reinforced by a Tyvek backing, Knight makes hundreds of small cuts in these shapes so that they can be expanded like lanterns or baskets, catching the light and casting shadows that are as much a part of each piece as the materials themselves.

Adhering too closely to this dichotomy, however, oversimplifies the work of both artists.  Benjamin does not shy away from metaphor.  Her contributions to this show include a series called “A Crowning Achievement” playing off the idea that, when all is well and water levels are high, the only part of the intake tower that is visible is its crown-like top.

In place of jewels, Benjamin dresses up these “crowns” with shapes based on water molecules and miniature versions of “jackstones,” the three-dimensional concrete, rebar-reinforced crosses that are used to stabilize the bottoms and banks of lakes and rivers.

Benjamin has a particular interest in jackstones.  She is drawn to their solidity as individual objects as well as their capacity to be stacked upon each other in whatever number is necessary to fulfill their function in a particular setting.  This duality has what might be called a democratic quality.  The authenticity with which Benjamin seeks out this quality explains why, as she put it in the artist talk, “I am those jackstones.”

The largest piece in this show is “DAM:  Empty and Full,” a collection of jackstones that Benjamin has been adding to since 2007.  She has shaped the individual jackstones in “DAM” so that they seem to emerge from the gallery floor as if it were the surface of a lake.  This reminds us that when nature is healthy, jackstones are generally invisible, an interlocking collective of man-made objects submerged beneath the surface of whatever body of water they are helping to protect. 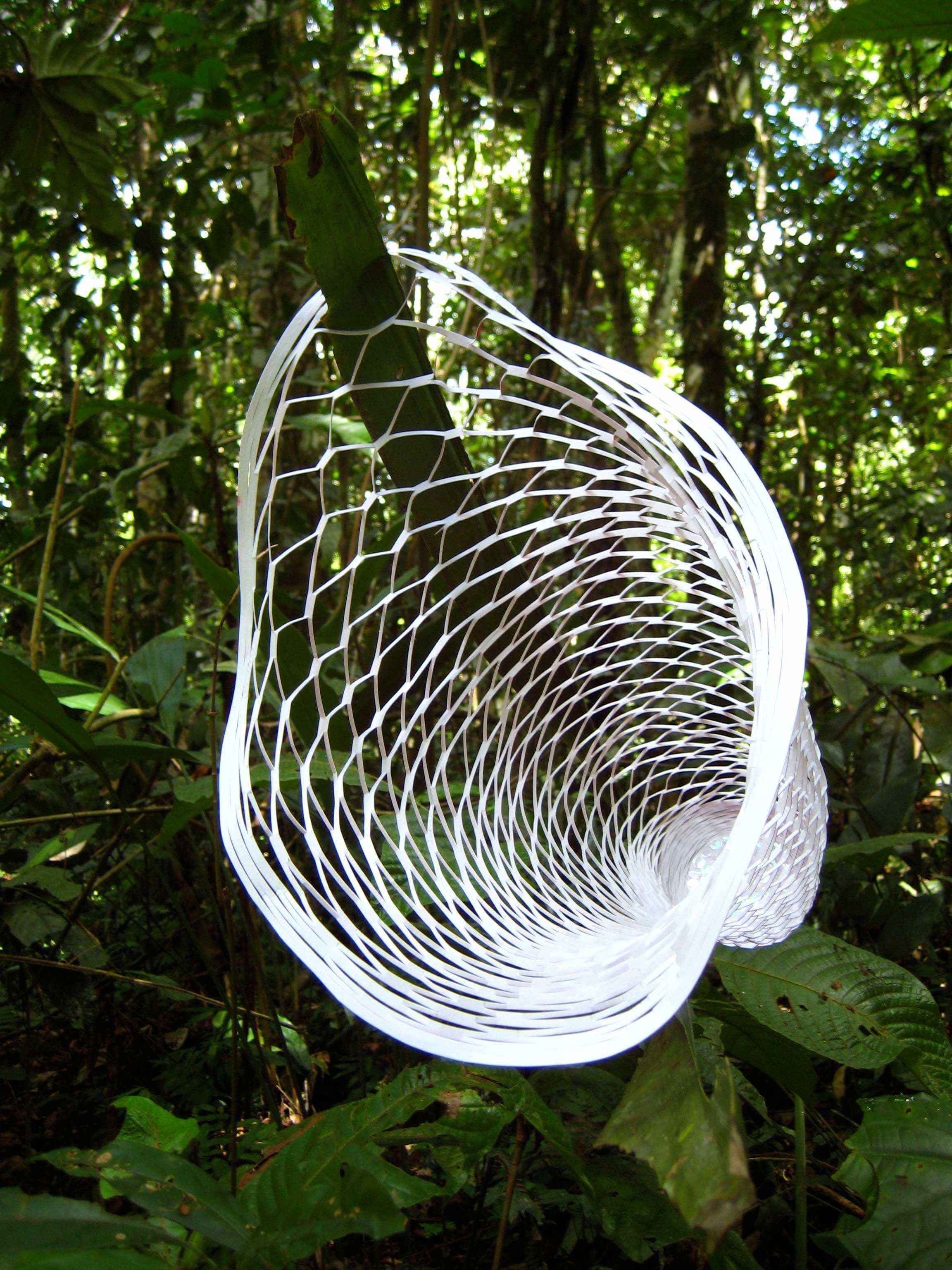 Paper-cutting has been at the heart of Susan Knight’s artistic practice for about a decade.  As she explains in her artist statement, “My primary tool is an Exacto knife.”  Omahans have had several opportunities to view her work in recent years, including her contributions to two quite different shows at Kaneko:  the extravaganza “Fiber” that was on view from February to April 2015, and the sprawling, interdisciplinary show “Water” that was on view earlier this year.

Many would agree that Knight’s pieces “Water Bank Boogie” and “Hidden Magic” were among the highlights of Water.  The shadow-laden pieces comprising “Water Pods” in this show are an echo of those works.

Benjamin’s work often makes a stark polemical argument about water, one that is much needed in this time of growing water scarcity.  See, for instance, “Dried Up On the Ogallala Aquifer,” a series of stoneware pieces based on hydrologic maps of Nebraska and the entire Midwest. 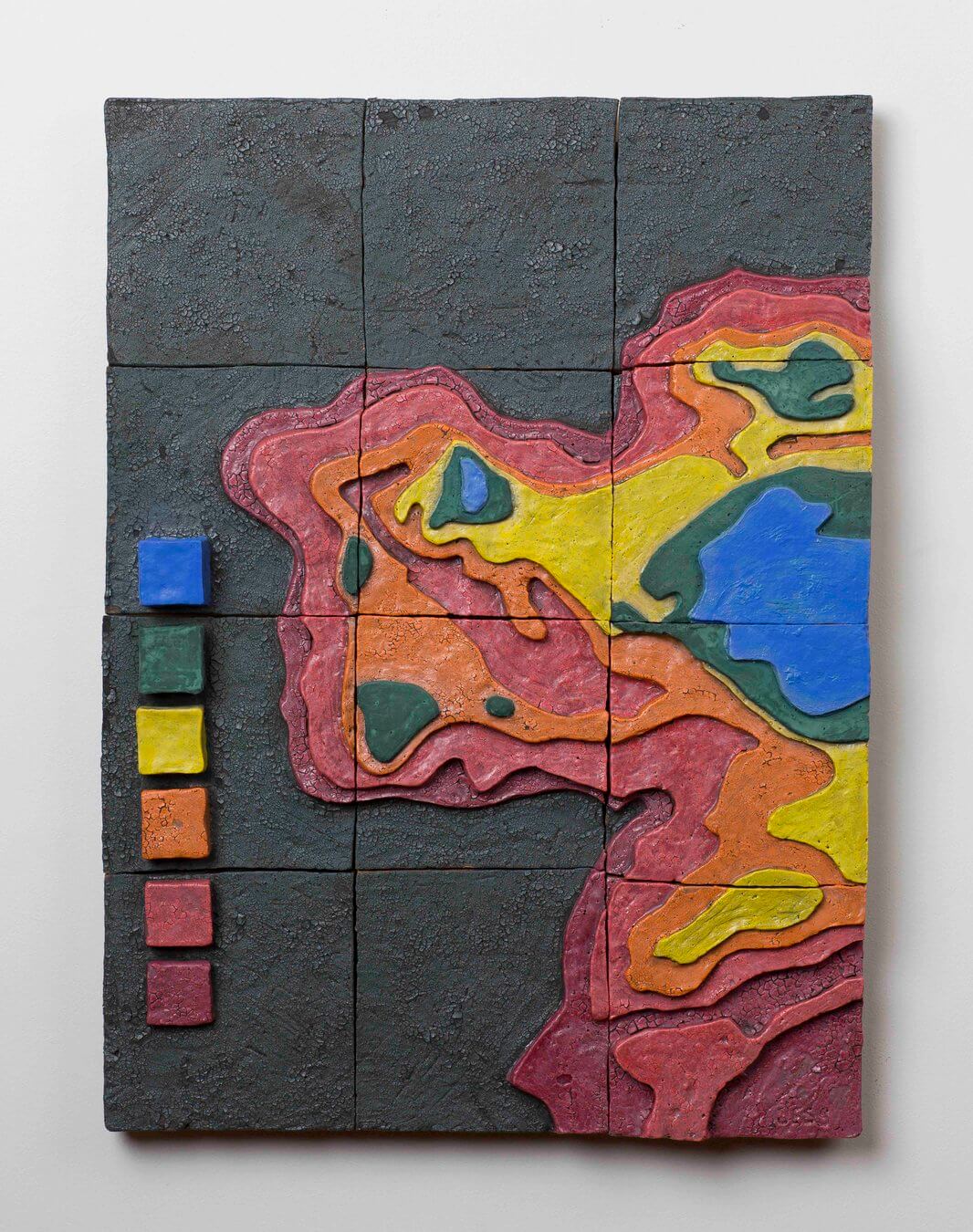 Knight, by contrast, is more interested in ambiguity. This is particularly clear in the series of ten 30” x 24” photographs entitled “Hand Cut Paper at the Edge of the Amazon.”  Each photo features one of Knight’s disks expanded into an ovoid shape and placed amidst the tangled vegetation that characterizes the “edge” of the Amazon River.

Sometimes the shape sits amidst the foliage like some visiting bubble-like organism that floated by, and other times the shape appears to be just another part of that foliage, part of the endless diversity that nature gives us.

Moreover, the edge portrayed in these images is not really an edge at all, but rather a transitional space in which water gradually gives way to tropical forest.  Knight has explained in interviews how water enabled her to break free of the representational while still maintaining a close connection with nature.

A big part of what pulled Knight in the direction of paper-cutting was the challenge of adequately capturing water and its complex properties as a physical substance and one of the key elements in nature and in all life.  As she put it in a 2013 interview, “As an artist I never expected this confluence of subject matter and process.”