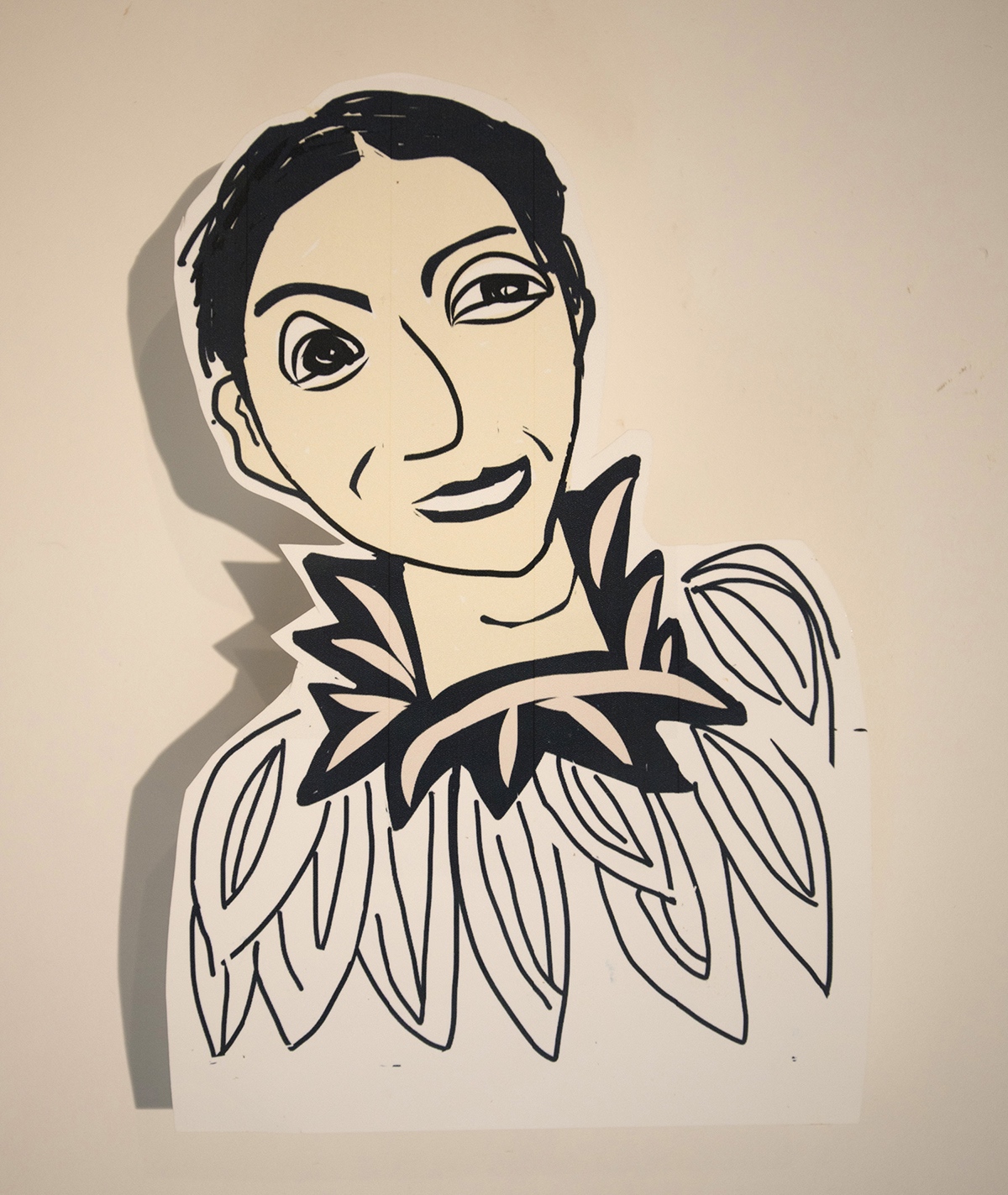 Ferguson’s work can be found in public, corporate, and private collections across the region. She works in a variety of mediums, wresting new iconography from established symbolism of mythology and history, often incorporating found or procured objects with new imagery. She compliments her work with avid participation in local arts organizations.

Ferguson brings new works to this exhibit in the form of free-standing, graphic portraits, titled “My People,” as well as new examples of her more established totemic sculptures. 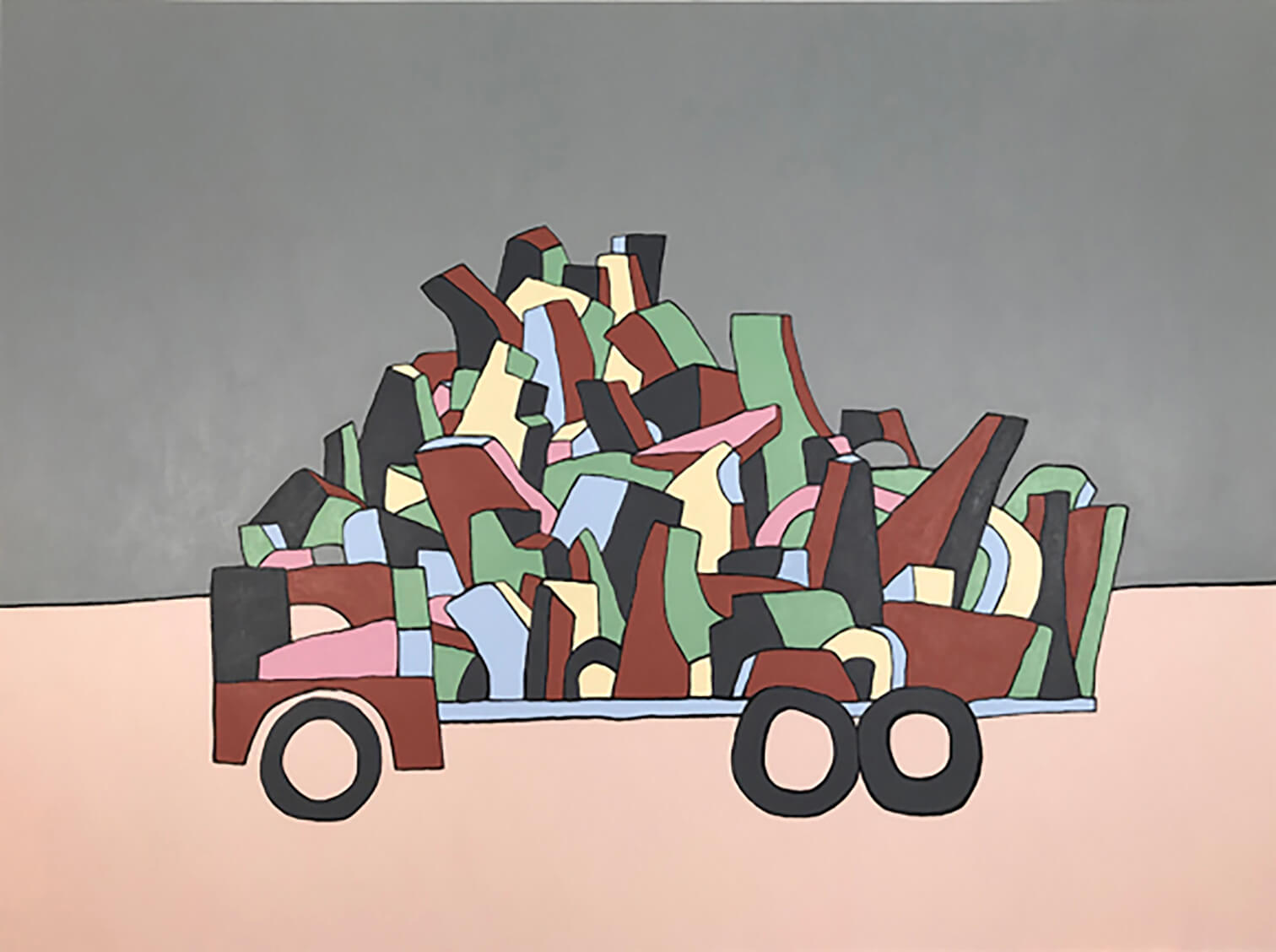 The artist is joined by her friend, the Chicago-based Himmelfarb, who is well known locally and has been featured in scores of exhibits, both nationally and internationally. His modern take on abstraction has been described as “topsy-turvy” and “outside the mainstream” stylistically.

Himmelfarb is work in sculpture, painting, and printmaking brings together calligraphic symbols, abstracted figural forms, and colorful representational shapes. Whether simple or multi-layered, all are bound into a hieroglyph, totem, or picture of his often-pedestrian inspirations, such landscapes, maps, or trucks.

The opening reception forJohn and Catherinetakes place November 2nd, from 6PM to 8PM. The show will run through December 28th. Further information is available by phone 402-502-8737, or through the gallery website modernartsmidtown,com,