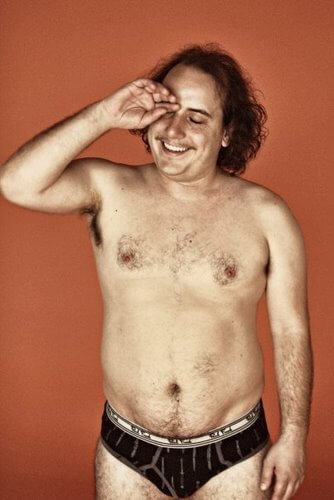 Har Mar Superstar (real name Sean Tillman) has strong ties to the Midwest which makes sense, considering he’s from Minnesota. The goofy, half tongue-in-cheek hip-hop and half electronic artist usually cococts a crafty mixture of both to execute his “sexy” brand of weird dance music. He’s collaborated with plenty of Omaha kids such as The Faint’s Jacob Thiele and Clark Baechle while his current bassist, Denver Dalley, is also an Omaha native. Although Dark Touches is his first album in seven years, Har Mar has been by no means laying around on a bear rug somewhere twiddling his thumbs. He has 2 other bands and a budding movie career to keep him busy, as well. Catch him this Friday at The Waiting Room.

You’ve toured with a lot of big bands. What was it like touring with the Yeah Yeah Yeahs?

It was always a goood time. They took me out on my first big U.K. tour. It was always a blast. We always got along really well. Karen and I have collaborated a lot since then. Their shows are really emotional, really good and hugely inspirational. They go full on. They are working on Stop the Virgins, this opera thing. I helped with some of the recording of that.

Are you obsessed with your own sexual prowess?

No, it’s not true. I might have said that once [Laughs]. I’m obsessed with sex, but not my prowess. I don’t run around talking about my prowess. I often get naked on stage. It just ends up that way. I like to get sweaty in my underwear and start making out with everyone.

What can Omaha expect from a live show this time around? Are you going to make out with anyone at the Omaha show?

I don’t know. I have to see who’s there [laughs]. I will have a full band. It’s going to Denver Dalley playing bass. He’s from Omaha. The drummer from Solid Gold is my drummer. It’s going to be really fun.