Home » Art » I Teabagged Dan Rather! 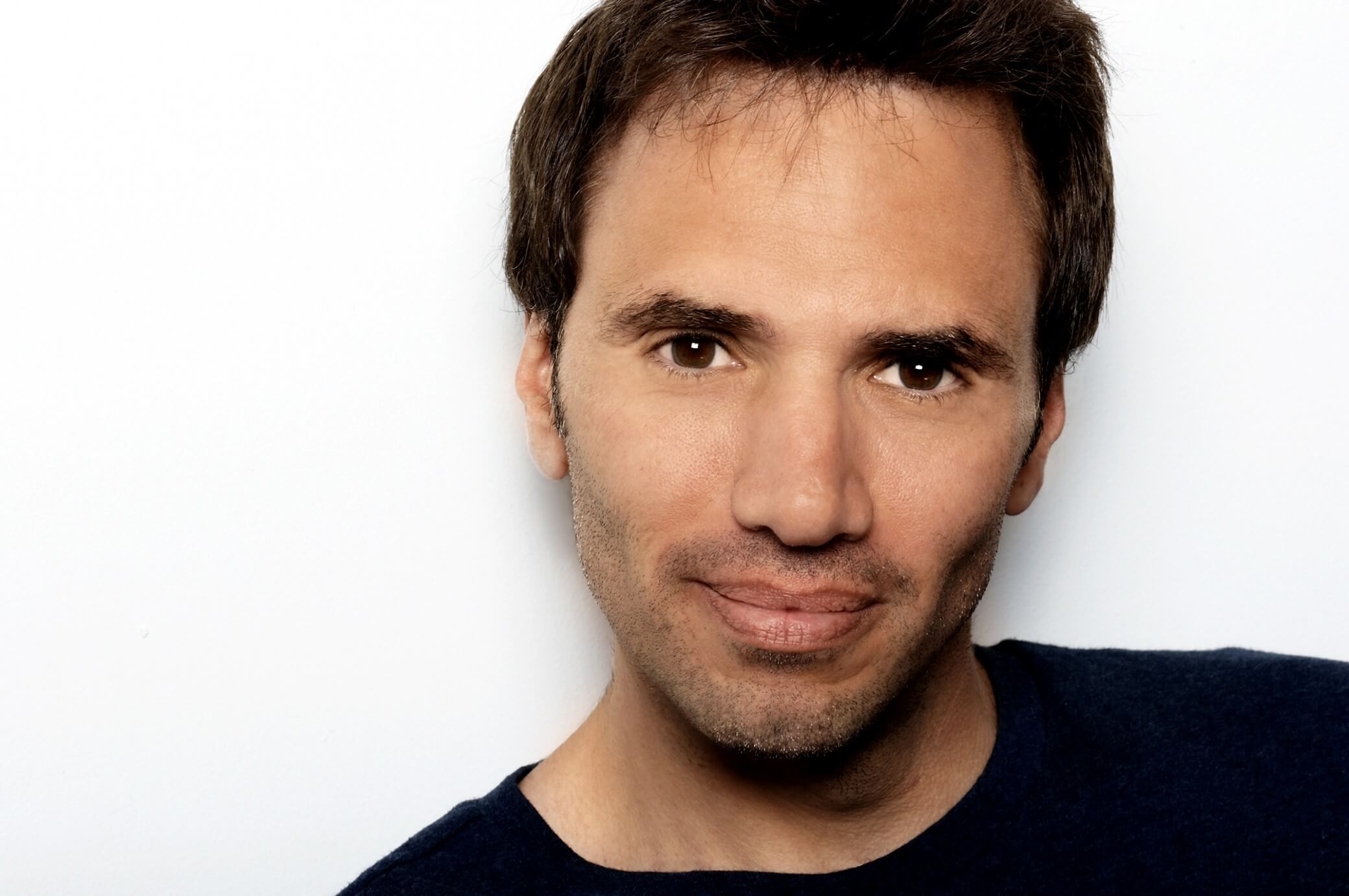 Paul Mecurio’s last name should be Lothario. He isn’t too proud for anyone’s bed and he has no qualms with sleeping his way to the top.

Whether it’s spooning with producer extraordinaire Tom Fontana and gazing longing at the tattoo he got during the intro of his classic HBO drama Oz or serving as a sexual conduit to host of The Daily Show Jon Stewart, the places and people in which Mecurio has dipped his Hollywood wick know no bounds. And all that sleeping around has finally paid off.

Before Mecurio was a well-known comedian, he was a mergers and acquisitions lawyer on Wall Street. Every night, he would go home and pen jokes for his own amusement.

“I had this secret double life and I was writing these jokes as a hobby. I had a ton of jokes. I even started making short films and some of them went into a couple of film festivals.”

Unwittingly, he was penning material that would eventually get him hired as a joke writer for Jay Leno on The Tonight Show.

“I gave him (Jay Leno) a couple of jokes and didn’t think much of it. Then he came back said, ‘I want to hire you to write jokes for me for $50 a joke.’ It was unbelievable,” recalled Mecurio.

“Then he asked me to go out and do jokes on stage before the Tonight Show. And that’s when writing turned into performing. I was a lawyer by day, and then I started going out and doing comedy at these really sketchy clubs at night. And then through people knowing my stand up in New York, I got hired as a writer on The Daily Show.”

As the old saying goes, “99 percent of lawyers give the rest a bad name.” Judging by the kind of lawyer he was and comic he is, you can rest assured that you heard that joke recycled at least once during his three-day run nat Omaha’s Funny Bone Comedy Club from Thursday November 14th to Sunday the 17th.

In 1996, he joined The Daily Show as a part of its original writing team, where he slept with Jon Stewart for the first time.

It turned out to be a shrewd move even though he didn’t get pregnant. Mecurio won an Emmy Award for Outstanding Individual Achievement In Writing and a year later, won a Peabody Award for Excellence in Broadcasting.

“At the Peabody’s you’re with all these prestigious news people and we were like the kids at Thanksgiving sitting at the kids table. It was surreal because you hear the name of the show and you’re like, ‘Wait minute- did they just say my name?’ So I tackled everybody at the table around me, jumped on stage and said, ‘Screw everybody, I did this myself.  In your face Dan Rather!’”

In addition to regular appearances in The Daily Show, Mecurio hosts a podcast called The Paul Mecurio Show and has featured high-level guests like Paul McCartney, wrestler Stone Cold Steve Austin and the hosts of the TV show Mythbusters, better known as Dude With Wicked Moustache and Beret With Body Attached To It.

“I don’t even know why I’m talking to you because I’ve interviewed Paul McCartney,” said Mecurio when he went all Hollywood on my ass for a moment.

“I met him (McCartney) in New York and we started talking and really hit it off. He was so great. And I said ‘Can you do my podcast?’  I totally expected him to say no, but he said yes. We exchanged phone numbers and he called me an hour later and I got a message on my voicemail from Paul that says, ‘Paul, call me back and let’s do a podcast.’ Then we just talked. Then I asked him, ‘Why would you have sex with a woman with one leg when you’re a former Beatle?’ No I’m just kidding, I didn’t ask him that. To speak with him was really great.“

In addition to having his own 30-minute Comedy Central special, he has also written, produced and directed five films, appeared on The Late, Late Show, Dr. Katz, Fox News Channel, MSNBC, CNN and made appearances on a number of VH1’s popular clip shows. Mecurio is also working on a show about his life with famed producers Barry Levinson and Tom Fontana.

“We get drunk and spoon,” he said of his professional relationship with Fontana. “And yes, that was him that got the tattoo in the beginning of Oz. And yes, it is still there.”