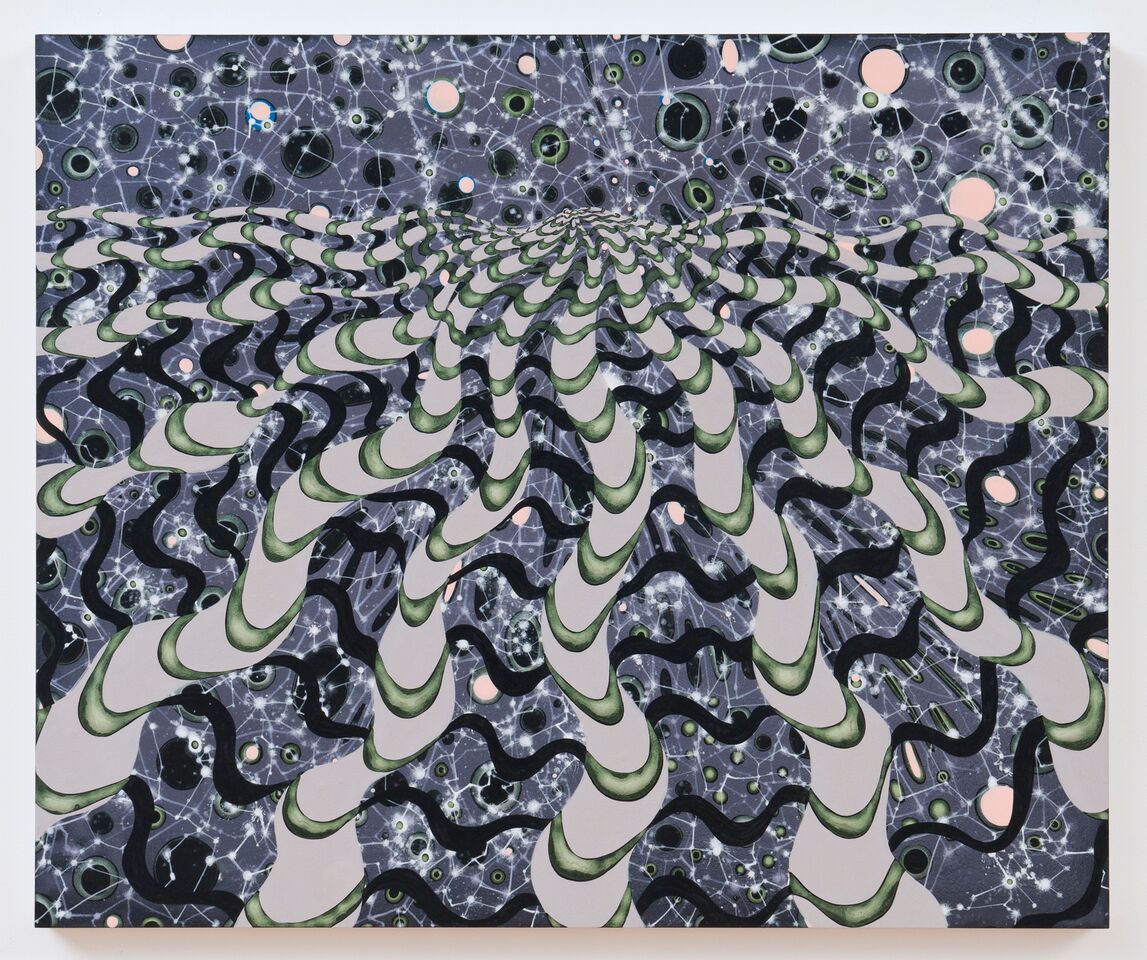 The Bemis Center for Contemporary Arts’ major fundraiser, an annual Metro institution, returns this October, and despite a two decades long evolution, incrementally as well as experimentally, patrons might easily conclude: “the more things change, the more they stay the same.”

Apparently that’s a good thing, given the popularity and anticipation of what has become known simply as the “Bemis art auction” in the community. Yet, current Executive Director Chris Cook added a key word to its title in 2015 in order to correct any misconceptions about the auction’s real purpose.

“‘Benefit’ was added to Art Auction in 2015 to directly illustrate that this event supports the participating artists and raises critical resources for Bemis Center programs,” Cook said in a recent interview. Those programs include especially the venue’s internationally known artist residency and its recent successful, yearlong curator in residency program.

Bemis officials said in 2015 that the original title risked giving the negative impression that it (auction) offered collectors an opportunity to purchase art at “a bargain price. The name has been changed to emphasize that the (auction) is a fundraising event.” 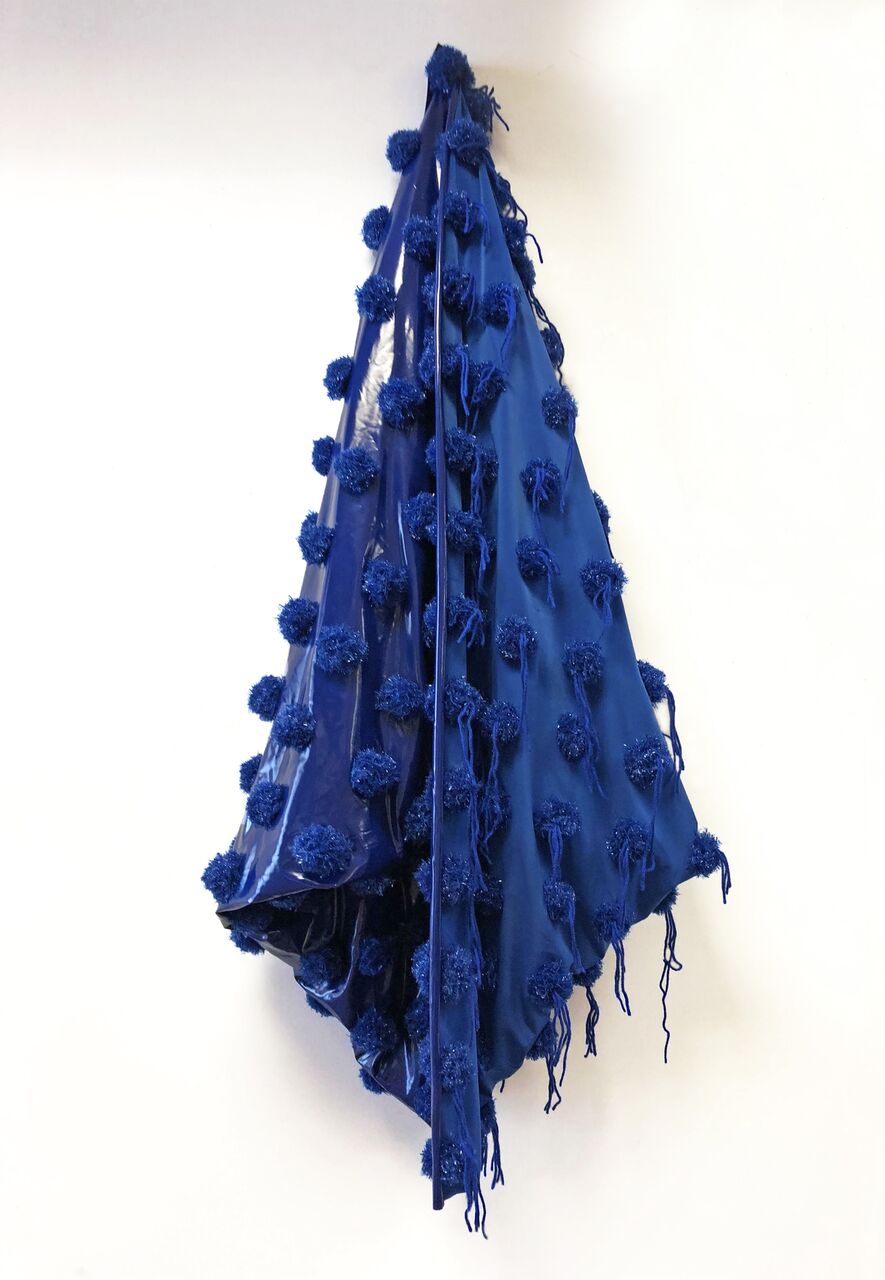 Now in its 20thyear, the fundraiser title has evolved again, adding yet another element of inducement to the evening’s main mission. Known as the Benefit Art Auction + Concert 2018, it climaxes Friday, Oct. 26, with a silent auction opening at 5:30 p.m. and a music concert following at 9:30 featuring dream-pop duo Azure Ray and a rare solo performance by Vancouver indie-rock band Destroyer.

A Members Preview of all the work up for auction and a reception for the artists will be held Friday Oct. 12, before this exhibition opens to the public the following day. Director Cook said the purpose of having the Benefit Art Auction Exhibition open to the public prior to the main event is two-fold.

“The participating artist’s works are viewed by Bemis gallery visitors who may or may not attend the Benefit Art Auction, thereby expanding awareness and audience for the work of each artist,” he said. “Secondly, patrons have the opportunity to either scope out their favorites and make a game-plan before Auction night or purchase pieces at the Buy It Now prices of 150% of retail, if they can’t live with the possibility of losing them at the auction.”

Cook added that the artist reception is a chance to celebrate as well as thank participating artists, “without whom this event would not be possible.” One might also add that it offers collectors as well as artists a chance to socialize as well as network for mutual benefit outside of the normal gallery opening. 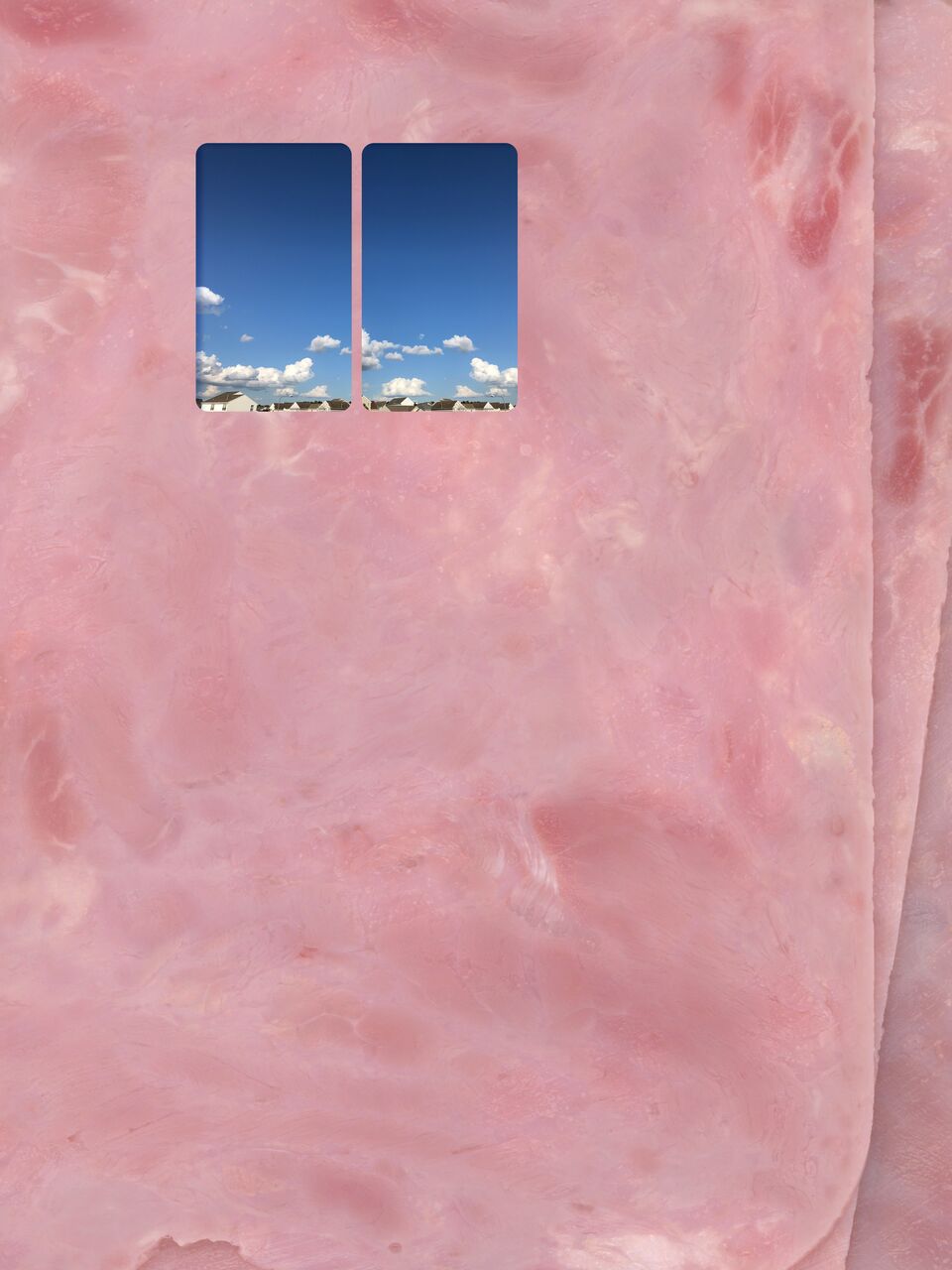 The starting bid for the more than 300 works in the silent auction from approximately 215 local and national artists is 60% of the retail price provided by the artist including framing, if applicable. Cook promises “a wide range of price points beginning at $90 opening bids on works that retail for $150.” He promises an additional benefit or two for donors that evening.

“Patrons will also have the opportunity to win a piece of art worth $10,000 created and donated by Gunderson’s Jewelers,” he said. “A limited quantity of $25 raffle tickets will be available for purchase October 12–25 by cash or check. The winner will be announced in-between bands at the Concert.”

There will also be an installation of a painting by Nebraska-born artist Barbara Takenaga placed within a wallpaper backdrop of the same painting. This will also serve as this year’s artist-created photo booth where Benefit Art Auction patrons can have a complimentary commemorative photo taken.

The format for the silent auction remains the same as previous years: four sections on the first floor closing sequentially each half hour beginning at 7:45 p.m. A mix of 2D, 3D and video will be hung and arranged just shy of a “salon style” that would inhibit patron viewing and bidding. That said, Bemis expects a large crowd of more than a thousand, making a planned visit to the exhibition preview prior to the auction all that more beneficial for would-be collectors. 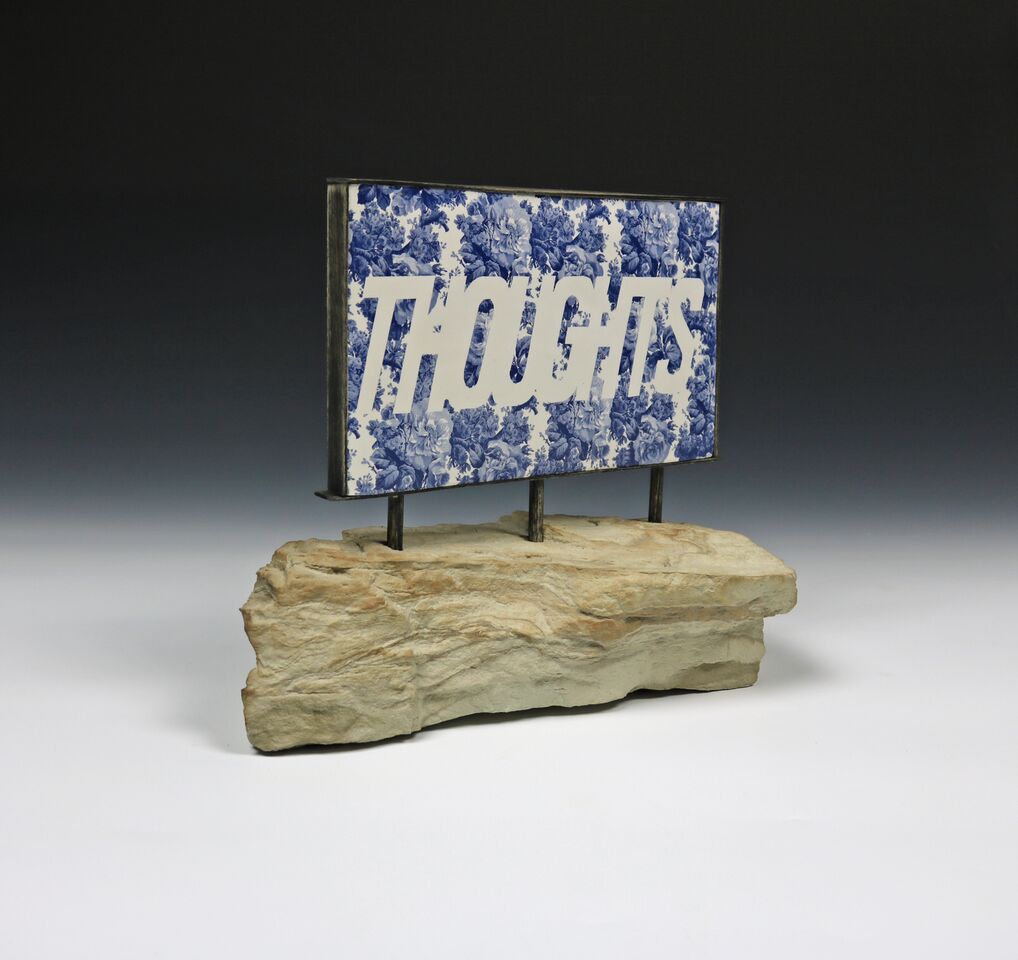 It’s this willingness on the part of all artists to help other artists succeed that Bemis must find most encouraging with regard to its mission.

“Many past Bemis Artists-in-Residence share the reason they participate in the Benefit Art Auction is to help Bemis Center continue to provide other artists with the time, space, and resources they received,” Cook said. “Local beloved artists such as Ella Weber, Vera Mercer and Therman Statom continue to participate in the Benefit Art Auction as an opportunity to share new work.”

For Cook then, the traditional Bemis auction is a shared benefit including one for potential collectors. He cites such works for bid as “a never seen before photo by local artist Ella Weber and two brand new paintings by Steve Joy, a popular pointer among local collectors.” 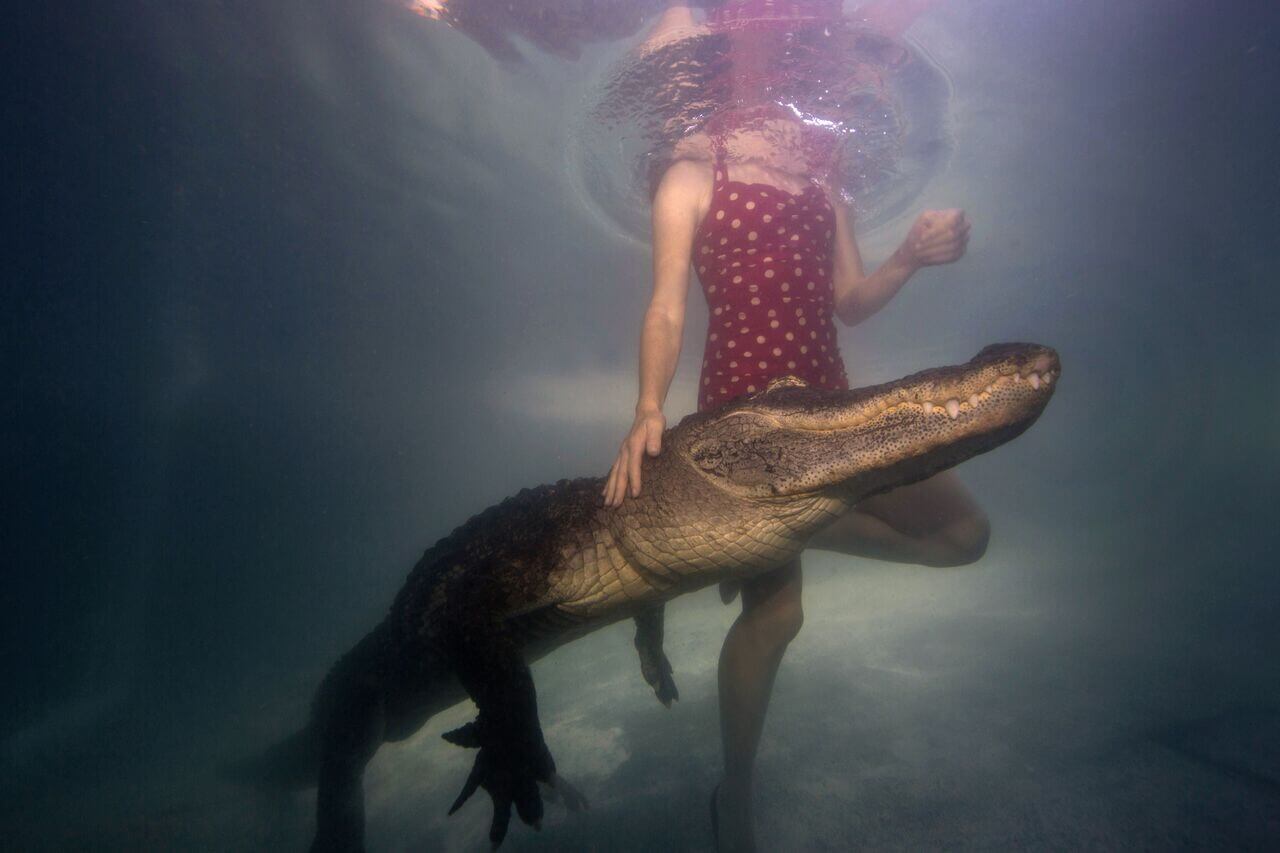 You get the “picture,” as it were. Collectors and patrons could get that and more by supporting the 20thannual Bemis auction whose extra added “benefit” has always been its underlying mission: artists helping other artists. You might even say that artist are “in concert” with Bemis.

TheBenefit Art Auction + Concert 2018 takes place Friday, Oct. 26 at 5:30 p.m. at the Bemis Center,724 S 12th St, Omaha, NE 68102. The concert featuring Azure Ray and a solo performance by Vancouver indie-rock band Destroyer follows at 9:30 p.m. at the Okada Sculpture & Ceramics Facilityacross the street. Details for the above can be found at bemiscenter.org/benefit/benefit.html.