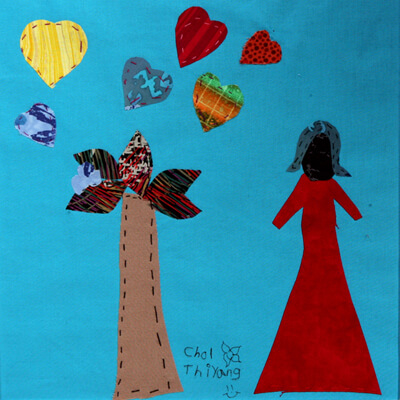 John Sorensen is like many Nebraska creatives who left to pursue a passion.

What sets him apart is a two-decade venture combining those mediums. The Abbott Sisters Project is his multi-media magnificent obsession with deceased siblings, proto-feminists and early 20th century social work pioneers, Grace and Edith Abbott, from Grand Island.

As Abbott champions, Sorensen and University of Nebraska at Omaha professor Ann Coyne were instrumental in getting the school last fall to rename its social work unit the Grace Abbott School of Social Work.

Sorensen has found a saga of strong, visionary women engaged in social action. These early Suffragists and University of Nebraska-Lincoln graduates were part of the Progressive wave that sought to reform the myriad social ills of the Industrial Age.

They trained under Jane Addams at Hull House, taught at universities, widely published their views, advised Congress and sitting presidents and served on prestigious boards, helping shape policy to protect immigrants, women and children. Much feted during their lives, the sisters are arguably the most influential Omaha women of all time. The pair remained close, often consulting each other.

“I think from an early age, the sisters recognized they were each somehow mysteriously made whole by the other — that together they could learn things, experience things and do things impossible for either on her own,” says Sorensen.

His latest Abbott work is a documentary, The Quilted Conscience. He wrote, produced and directed it. A 7 p.m. free preview screening is set Thursday, October 6 at Film Streams.

The doc follows a group of Sudanese girls in Grand Island making a story quilt with the help of master quilter Peggie Hartwell and the town’s local quilters guild. The resulting story-blocks illustrate the African home the girls’ families left and the American home they’ve adopted. The quilt expresses the girls’ memories and dreams for the future. Sorensen seamlessly interweaves Grace Abbott’s minority rights advocacy with the girls’ cross-cultural experience to create a rich, affecting tapestry full of dislocation and integration, loss and hope.

A Q & A with Sorensen and some of the girls follows the screening. The “Dreams and Memories” story quilt the girls completed will be on display. The film is expected to eventually air on public television.

As Grand Island connects Sorensen to the Abbotts, his project is allied with the public schools and library. The city’s refugee population is living context for applying Abbott values.

Sorensen has promoted the Abbotts for years, but it’s only recently his efforts have borne fruit. The story quilt has toured the state. He’s formed a immigrant-student quilt workshop. He co-edited The Grace Abbott Reader and helped get Edith’s memoir published posthumously. The sisters’ accomplishments are told in a new children’s book. The Grand Island Independent sponsors an Abbott scholarship.

All of it affirms that his epic odyssey to bring the Abbotts to the masses has been worth it. Even when his efforts gained little traction, he persisted.

“I just did whatever I could to keep transforming it and keeping it in people’s faces,” he says. “I could see I was having success in raising awareness — that people were slowly getting to know around the state who these women were. And that this more than the study of people from 100 years ago; this is the study about things that can help us to live better today.”

His devotion to the Abbott legacy is complete.

“I simply love the sisters,” he says. “I also admire their work for children and women and immigrants, and I feel a family-like connection and perhaps responsibility to them from sharing a hometown. I could no more turn my back on them, their legacy and their story than I could my own family. That love, that sense of faith is unconquerable.”

Even though he didn’t intend making it his life’s work, he’s grateful his Johnny Appleseed project is finally sprouting.

“It’s become clear in the last three or four years that it has no end for me. It’s become so embedded in my existence that I can’t stop — also because now it’s actually starting to unfold.”

Sorensen, who “never felt at home” growing up in Grand Island, is today a celebrated favorite son for his project’s rediscovery of two town legends. It feels like “a kind of destiny,” he says.

Seating is limited for the free Quilted Conscience screening. Reservations are recommended and may be made by emailing maggie@filmstreams.org or visiting the theater box office, 1340 Mike Fahey Drive. For more details, call 402-933-0259 or visit www.filmstreams.org.