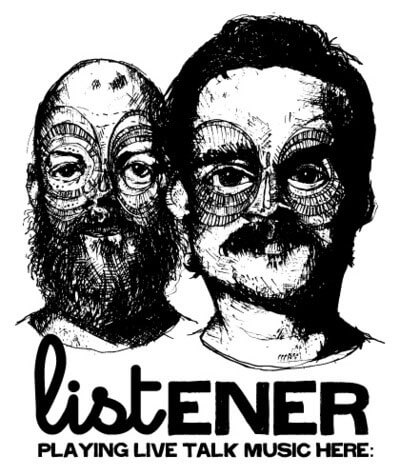 Listener vocalist Dan Smith describes the independent band’s style as “Talk Music … basically poetry and rock ‘n’ roll, or whatever music we want to make into poetry.”  Based in Atlanta, along with guitarist/drummer Christin Nelson, based in Las Vegas, Listener has traveled around the world playing in bars, homes, coffee shops, galleries and warehouses, and are excited for their third Omaha show in the last decade.  Though Listener’s songs have been described as depressed, lost and ignored, their newest album is said by Sputnik Music to be “like a diamond in the dirt, stumbling upon them is a true delight, and their fourth LP contains some of the best music of 2010.”  For a preview, listen for yourself at bemiscenter.org.-Sally Deskins