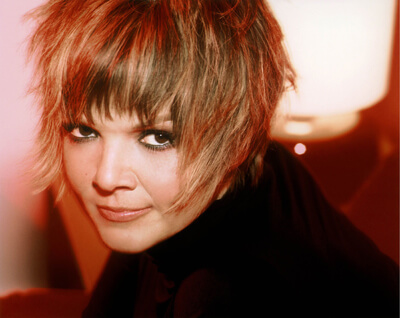 Featured Pick Feb. 26 Karrin Allyson, with the UNO Jazz Band Holland Performing Arts Center, 1200 Douglas St. 8 p.m., $35 345-0606, ticketomaha.com Omaha’s gifted the world with two world-class chanteuses. Julie Wilson is a cabaret staple singing standards at posh Manhattan night clubs. More recently, jazz vocalist Karrin Allyson has made connoisseurs in New York City and other swank spots take notice with her live concerts and Grammy nominated recordings. Her new CD, Round Midnight, comes out May 2. She describes her 13th release on Concord Records as “a very intimate, personal album” that recreates the vibe of a late night set. Her February Holland performance with the UNO Jazz Ensemble marks a homecoming and reunion in several ways. Omaha’s where she grew up. Her father and numerous friends still live here. The University of Nebraska at Omaha is where she earned her music degree (piano and choral). She’s performed with the UNO jazz band and she usually gets back to gig once a year in her hometown, where she first cut her chops soloing at M’s Pub. Allyson, who lives in New York, appreciates accolades by critics, fans and peers. The ever-searching artist is always looking to evolve, whether rediscovering old standards or adopting French tunes or performing Brazilian numbers. Lately, she’s played more piano, acting as her own accompanist. She did most of the arrangements on her new CD. On stage and in the studio, she calls the shots. “I think from the very beginning I’ve been a bandleader. I’ve never had a music director,” she says, adding she subscribes to what a UNO choir teacher taught her: “I’m a musician who sings. I’m a part of the process, not standing outside it.’” The classically-trained Allyson also led a rock band at one point but it was the improvisation of jazz and its huge repertoire that captured her. As her voice has ripened and she’s lived more of life, she’s grown into the music: “It’s true the older you get or the more experience you get the more you have to say. I want to tell a story — that’s my thing.”