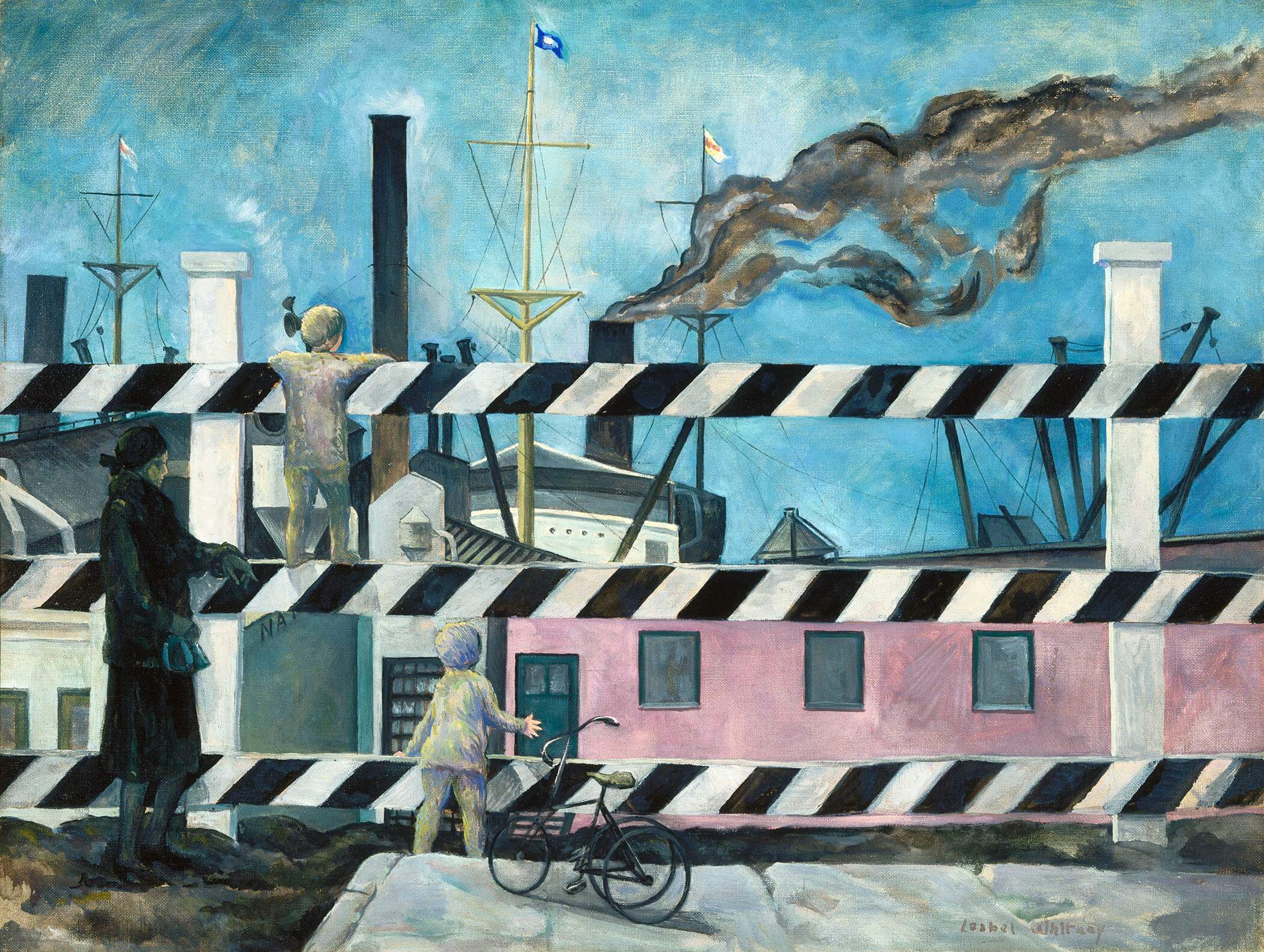 American Moderns 1910-1960: From O’Keeffe to Rockwell is the new Joslyn exhibit opening February 8th to May 17th.  This was a time of huge change in the United States.  The country was emerging as an economic and industrial power, but also caught in the throes of two world wars and the Great Depression.

The chasm developing between those who became incredibly rich from industrialization and those who immigrated into the teeming cities into ill-planned cities exacerbated their woes.

Long-held social norms were challenged by both artists and thinkers. The catchword for those who followed the European avant-garde became “Modernism.”  Pioneers in the east, clustered around the highly verbal, intellectual photographer Alfred Stieglitz, debated and discussed Cubist experiments from Paris and the huge variety of changes in their ways of handling common subjects like still lives, cityscapes and portraits.

Because America was also being transformed by industrialization and urbanization, these American artists also moved to radical new approaches in painting.

The young artist Georgia O’Keeffe became part of Stieglitz’ New York Modernist movement, painting simplified cityscapes in the new style from her studio window.  She would later move to New Mexico, to continue this abstracted vision of her beloved Southwest, becoming perhaps the best exemplar of Modernism in the American art scene.

Magazine illustrator Norman Rockwell became the antiphonal voice of America with his beautifully realistic portrayals of small-town scenes.  Beloved for many years for his honest and carefully-wrought ideals, Rockwell showed a traditional value system still honored today by many.