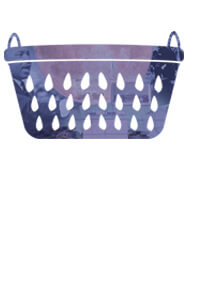 Multi-award winners playwright Tony Kushner and composer Jeanine Tesori merged their talents to create an exceptionally original musical off-Broadway in 2002 Caroline or Change. It went on to major acclaim on Broadway, accruing four Tony nominations, winning one. It “tops any new musical this fall” said the New York Times in December 2003.

At Omaha Community Playhouse, this sung-through experience meaningfully dwells on a relationship between put-upon black housekeeper (Caroline) and an emotionally needy white boy (Noah).  Within that frame, change (indeed) is in the air as the civil rights movement surfaces and aspirations for a better America are wounded with the death President John F. Kennedy.

The title also refers to how marginally-paid Caroline, with Noah’s stepmother’s encouragement, keeps loose coins in Noah’s trousers when they’re to be washed.  Misplaced money, however, overturns relationships.

Among Kushner and Tesori’s imaginative conceptions, Caroline, in a dank, oppressive basement in southern Louisiana, feels as if the appliances surrounding her have so much presence that they seem like characters in her life. Thus the washer, the dryer and the radio are personified in singing roles. Likewise the moon and a bus seem human.

Kushner has acquired significant fame with his Pulitzer Prize-winning Angels in America. He’s the author of 20 other stage scripts, among them: Henry Box Brown (or the Mirror of Slavery),  A Bright Room Called Day and adaptations of works by Brecht, Corneille and Goethe. Kushner also wrote the Oscar-nominated screenplay for Steven Spielberg’s award-winning 2012 film Lincoln. And, in 2013, Kushner received a National Medal of Arts from President Obama. en.wikipedia.org/wiki/Tony_Kushner

Jeannine Tesori recently garnered a Tony Award for her score for  Home, now on Broadway in its ninth hit month. She’s been up for four other Tonys and is regarded as the most prolific and honored female theatrical composer in history. She also wrote songs for Shrek The Musical, Thoroughly Modern Millie, and Violet. www.masterworksbroadway.com/artist/jeanine-tesori/

With such talents creating these penetrating portraits, the meanings will seep into your awareness, hoping for bright hope, which may yet shine, along with inevitable change.

N.B.: Even with a young boy in the story, there’s an adult advisory.