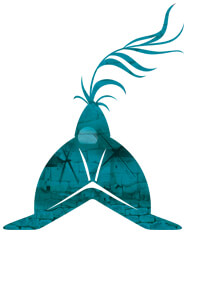 It’s not an impossible dream to yearn to re-visit a Broadway legend about legendary characters. Don Quixote strides the stage again when Omaha Community Playhouse gives new life to Man of La Mancha, Dale Wasserman, Mitch Leigh and Joe Darion’s musical take on Cervantes and his classic novel. The first New York production ran more than six years and garnered five Tonys including those for best musical and best songs. It has since been seen all over the world and multiple times on Broadway.

The story is told through the dimming eyes of Cervantes himself, a prisoner of the Spanish Inquisition, as he enlists the services of prison mates to enact the roles. Some people see behind the scenes the idea that our imaginations can dispel the most harsh circumstances. Wasserman has said that ‘it plows against… the theater of alienation, of moral anarchy and despair.”

Wasserman also has said that this is about Cervantes, not a stage version of Don Quixote.https://www.h-net.org/~cervant/csa/artics99/wasserma.htm

Wasserman’s plays shone during the “Golden Age of Television.” Plus his adaptation of Ken Kesey’s One Flew Over the Cuckoo’s Nest has become famed. In fact, there was a production of it this past March at Chanticleer Theater. Mitch Leigh created music for five other Broadway shows plus many commercials.  And Darion wrote lyrics for several 1950s pop song hits, adapted the words of Don Marquis for a musical exploration of archy and mehitabel and created texts for cantatas by American composer Ezra Laderman.

Be warned; dark moments pervade the prison, some of them harsh. But outside the walls, hope spring eternal.