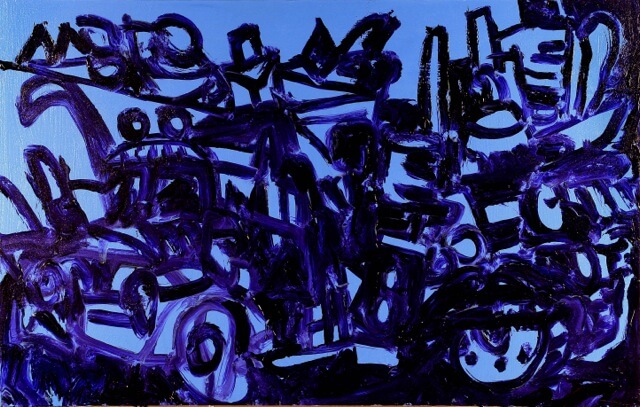 A year ago this reviewer prefaced the 2011 A-List: the most significant visual art events and exhibits in the Metro with “one thing can be certain, very little of it (art) was political or controversial…where were the arts events and exhibits that celebrated, satirized or expressed our national, regional or local concerns and conscience? Or are artists just saving it up for 2012 election year rise and fallout?”

Apparently not. Another year of opportunity came and went, and with a few exceptions noted below, virtually nothing in the A-List risked any social or political expression reminiscent of 2010’s Extraordinary Rendition in the Bemis Underground. This, in spite of such potential issues as voting restrictions, gay marriage, health care, climate change, women’s rights and equality, immigration and gun violence and control, among others ripe for the taking.

True, art need not be controversial in content to be significant as two shows in 2011 eloquently demonstrated: The Still Lifes of arts photographer and maven Vera Mercer and A Golden Year in paintings by Keith Jacobshagen, both of which exhibited at the Bemis Center for Contemporary Arts. Furthermore, great art is often provocative in its experiment with new media and process as seen with Waseem Touma’s orbital sculpture and installation, Emergence, a standout as well in 2011 at RNG Gallery.

To their credit, two Omaha venues, the Underground and New BLK offered relatively controversial exhibits this year with varying degrees of success: See below for three ranked installations in the Underground, and New BLK added an outré and well received Shit Show as well as a politically charged benefit auction sponsored by Bold Nebraska rallying support against the Keystone Pipeline and Les Femmes Folles organized Voice, a group show that touched on feminist issues.

Still, looking back in 2012, the Metro arts scene again played it mostly safe even with its best exhibitions. In fact, it can be argued that what had the most tongues wagging, fingers pointing and eyes glazing over were not the shows but the events, planned or otherwise, that affected the three arts institutions that have the most impact on the visual arts and more in the Metro.

On a positive note, Omaha welcomed the addition of Joslyn Art Museum’s first curator of contemporary art in seven years, Karin M. Campbell. Campbell, along with Chief Curator Toby Jurovics, wasted no time in organizing one of the area’s most significant art events, Under Pressure: Contemporary Prints from the collection of Jordan D. Schnitzer, the largest such collection in the United States. An event, because it marked Joslyn’s first exhibit devoted exclusively to contemporary art since solos shows of Kent Bellows and Albert Paley in 2010.

While Joslyn added to its curatorial staff once again, Bemis and Kaneko: Open Space for Your Mind began to reorganize and downsize with the resignation of their directors Mark Masuoka and Hal France respectively. Masuoka’s nine-year tenure re-launched Bemis as a key arts component locally, nationally and internationally through an expanded arts residency, various community outreach programs and capital campaigns to enhance the venue and its campus.

Todd Simon, vice-president of the board of governors, said that Bemis “grew up a lot” under Masuoka’s leadership, “building connections to the community and local artists. He helped make Bemis one of the ‘go to’ places for great art in Omaha.” France also received similar praise from Kaneko’s interim executive director and board president James Linder, who said, “Hal France is part of a legacy…who took the concept of Kaneko that fostered creativity and communicated this to over 40,000 people who attended over 130 programs during its first five years of operations.”

But perhaps most unsettling for Bemis fans was the recent closing of its Underground facility and the letting go of its curator Joel Damon along with other key staffers. The alternative venue, begun by Masuoka and former curator Jeremy Stern in 2005, has a legacy of its own, but Simon assures its supporters that Bemis “will bring the activities at the Underground under the same umbrella as the rest of its exhibitions…projects previously destined for the Underground will continue to be realized to take full advantage of the organization’s unique spaces and resources.”

Two planned events that drew a lot of additional attention to Bemis were: the successful launches of the Carver Bank artist residency program on behalf of North Omaha due in no small part to nationally recognized artist Theaster Gates and his successful Town Hall Project and the site specific Rainbow installation and performance in collaboration with artist Michael Jones McKean and a host of local scientists and craftsmen. Often at the mercy of a summer draught, the rainbow connection and the Carver Bank Project were typical of Bemis’ contribution to the Metro arts scene from community outreach to flights of fancy and the fantastic.

Less popular, based only on anecdotal evidence at the event, was Bemis’ introduction of an online digital bidding system for its silent auction. Informal interviews revealed a basic discontent with this “hands-on” process that for some lowered the energy and spontaneity of the evening, and possibly the bidding as well, judging by the number of works left unsold. Though Bemis reported that the overall auction process as well as pre-sales met its fundraising goal, it remains to be seen if digital bidding or some variation will continue in 2013.

Speaking of arts developments on behalf of North Omaha in 2012, the Union for Contemporary Art announced five new arts residents of its own: Leslie Diuguid, Angela Drakeford, Shea Wilkinson, Stephanie Sterling and Victoria Hoyt, all from Omaha. In addition to its director, Brigitte McQueen Shew, UCA just hired it first staff member, artist Kjell Peterson as its Facilities Coordinator.

Public art made an appearance in the Metro area on several fronts. They include the collaboration of Kent Bellows Studios with Impact One and famous muralist Chor Boogie to create a stained glass-like, jazz infused mural on a building along the historic North 24th Street corridor near Love’s Jazz and Art Center. Also, KBS, in conjunction with Youth Emergency Services, sponsored a new mural on the Keystone Trail near 90th and Boyd Streets by artist Reggie Croon.

Making its own impact in Omaha was the large scale installation of Emerging Terrain II, a non-profit research and design joint effort with several area artists that completed an I-80 eyesore’s transformation into an impressive public sculptural display with the addition of 13 new banners with a transportation theme on the remaining grain elevators.

Across the river, Council Bluffs enjoyed several new public arts projects: the completion of Gateway, by Oregon artist Ed Carpenter which adorns the crest of Broadway Street’s viaduct bridge. Another gateway of sorts is the community outreach partnership of Bemis and students in the Bluffs’ Kanesville Alterative School. This joint project, begun in 2012, spearheaded by artists Therman Statom and Deb Masuoka and funded by the Iowa West Foundation, will create a site specific sculpture in the Kanesville neighborhood on behalf of urban renewal.

Moving from the sublime to the wonderfully ridiculous, the most outré public art and performance piece in the Metro area was the send-up of the Omaha Swimmer sculpture at Mutual of Omaha by notorious artist Scott Blake. Blake inserted a giant penis sculpture of his own, one that earlier lampooned in a similar fashion the O Public Art project of 2007, into the Swimmer’s mouth. A large print of this affair was up for bid at the Bemis auction.

The gallery scene got a bit more interesting despite the closing of Peerless in Midtown Crossing. The first ever Benson First Friday Art Walk took place July 6 along Maple Street. This is especially good news for pre-emerging and emerging artists, Pop-up shows and others eager to get their 10 minutes of fame along this impromptu showcase of storefronts inside and out. In addition, three new gallery/studio spaces have opened, the Petshop-also in Benson- artist Bill Hoover’s new place in the Mastercraft Building in NoDo and Maud’s at 521 N. 31st St.

Among the more than 100 art exhibits in 2012, the A-list features only the best of those seen and written by myself and Reader reviewers Mary Day, Sally Deskins and Laura Vranes. However, as in the past six years, A-list selection and opinions are mine only and are not intended to be the last word, only a small part of the conversation. Rated exhibits qualified in at least one of the following criteria: up for at least two weeks or weekends; area artists only; organized originally for a local venue with a particular curatorial vision whether it travels or not. That casts a wide net but large survey and retro shows are generally considered events because of their wide scope and appeal as has been the case for nearly every year in the A-list

The A-list is composed of three main tiers in ascending order each with their own characteristics and criteria: the third tier awards Bronze Medals to those shows that though uneven or inconsistent were well worth some face time because of what they attempted; the second tier, gives Silver Stars to those shows that generally exhibited experimental, sophisticated and mostly unified work from both emerging and established artists; and the Gold Standard is awarded only to those shows that stretched into new areas of content and process and did so with unity, creativity and consistency. Space won’t permit complete analysis of each but many of their reviews can be found in Reader’s archive.

First, a few Honorable Mentions: Two shows at RNG Gallery, The Garden of Eden, personal, moving photography from owner Rob Gilmer and Borders and Fences, new direction from mixed media artist Josh Powell; a two-person portrait show at Petshop with Christina Renfer Vogel and Jake Gillespie; the provocative Shit Show and quirky XO show of Jeff King and Anthony Brown, both at New BLK and What Goes Down, Must Come Up, a counter-intuitive group show in the Underground.

Winning Silver Stars in this tier are three quite different group shows in Bemis Underground that not only messed with what is art but its installation and exhibition, a not-so-common motif of this venue: Transceiver, the brain child of Drift Station, a DIY curatorial resource group in Lincoln; Out of Focus, a sharp contrast of genre, style and POV from artists Alex Borovski and Lonnie Potter with an additional surprise; and the new media, gender and identity bender from Kan Seidel and Company, Performing Human. Also at this level are two shows of strong abstraction in different media: Mary Day’s delightfully ephemeral Contested Terrain in fiber sculpture and works on paper at the Sunderland Gallery of the Cathedral Arts Project and the more esoteric paintings of John Andrews in a solo show by the Moving Gallery in the Garden of the Zodiac.

Saving the best for last, we have six exhibits that have earned their Gold Standard, truly the most creative, professional and unified shows on display in 2012: Two significant solo shows at Modern Arts Midtown from accomplished artists well known to Omahans but moving in new direction: the return of John Himmelfarb in Paintings and Sculpture and the wonderfully, suitably titled display of Fresh Gunk of Colin Smith, amorphous, liquid paintings and sculpture. Both shows were of museum quality in every sense; The A-list contains very little photography this year, but the exception are two decidedly different and stellar examples of the medium in both content and concept: Contested Terrain: Painting the Modern Landscape, curated by Toby Jurovics at Joslyn and Wild, an appropriately exotic interpretation and illustration of animal photography in group show, curated by Matthias Harder, chief curator at the Helmut Newton Foundation in Berlin. And finally, at RNG, the Selected Works of painter-draftsman Michael Tegland continued to put him in the forefront of singularly significant artists in the Metro area.