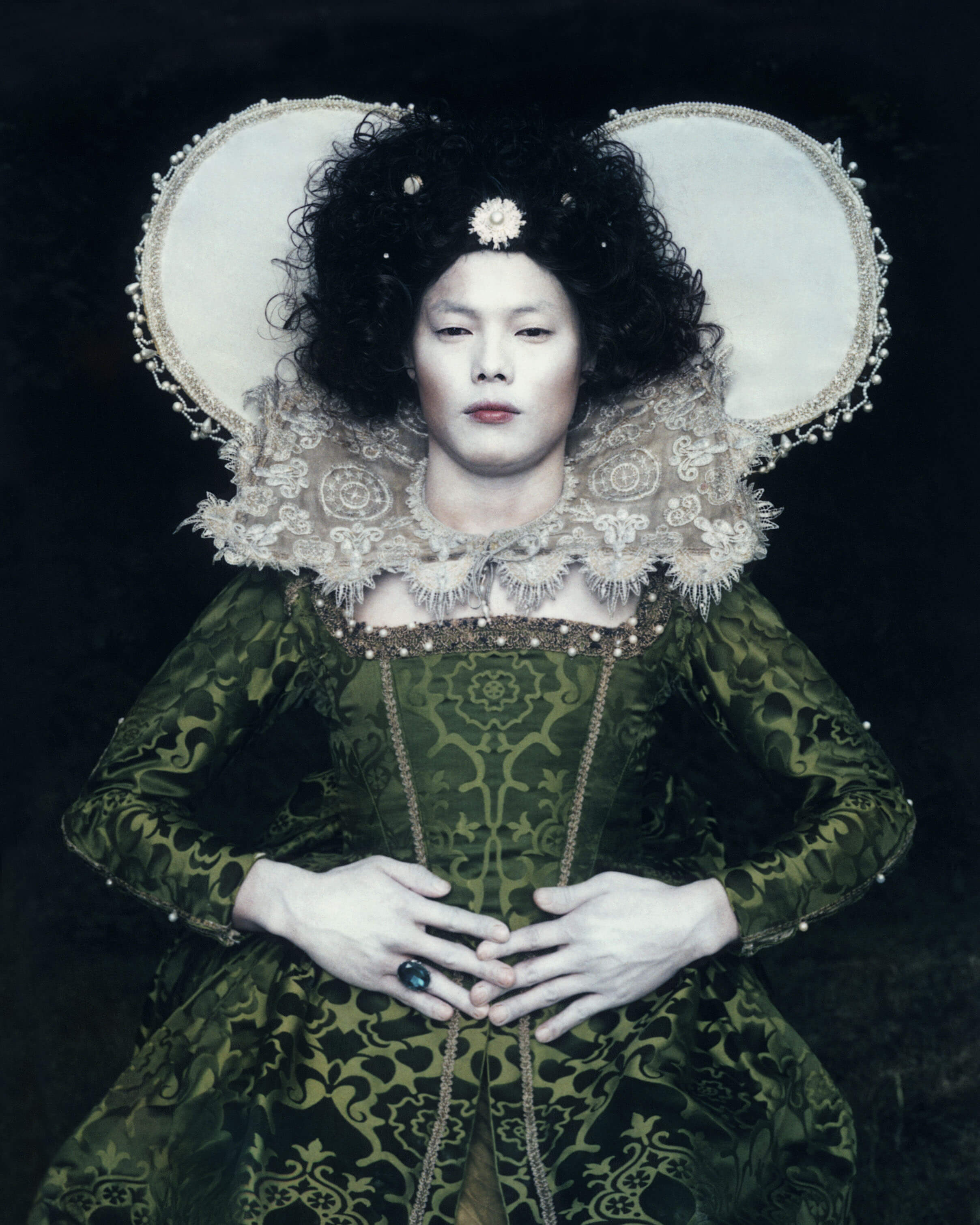 It may be true that anyone can “take” a picture, but it is also evident not everyone can “make” a picture. The latter takes an artist who can raise photography to the level of fine art regardless of technology or software. They simply have an inner eye for it as well as a lens.

Photography has never been more popular or egalitarian thanks to the Digital Age. Virtually everyone has access to a camera-loaded cell phone and a place to post in social media. A few even use a dedicated camera to the same end.

Yet, regardless of how simple or sophisticated the process, the image is usually taken, not made. The camera is locked on auto. It does the work. The results, though generally quite serviceable, are quite ordinary, and that’s just fine with the taker a foot behind the LCD monitor.

What distinguishes a photo artist from the hobbyist or a professional, who shoots for a living, is more than skill or sophistication. It’s a matter of motive and point of view rather than point and shoot. This is readily apparent in The Moving Gallery’s current exhibit: Beyond Face: Portrait Photography from Korea which continues through July 28, in the Garden of the Zodiac Gallery in the Old Market Passageway.

Beyond Face features four Korean-born photographers who in their own individual series explore the complexities of one’s ethnicity within a contemporary global culture. The exhibit moves beyond a portrait’s physical exterior by confronting the viewer with clues to a photo’s psychological, social or professional background. But the artist is always “in focus” as well.

In the series, “The Guilty,” Ji-Hyun Kwon, who co-organized the exhibit with Berlin-based artist Christian Rothmann, identifies her own guilt trip with the poignant visual and text confessions of her sitters.

Ji-Yeon Sung offers a more ambiguous portrait of those friends and acquaintances whose private and public lives are in conflict. In Sung’s series, “Entre-Deux,” her subjects are frozen in moments of mundane daily activities that appear to reference essayist/philosopher Henry David Thoreau’s observation “that the mass of men lead lives of quiet desperation.”

Chan-Hyo Bae and Hein-kuhn Oh also examine one’s public image and identity but they do so more through a filter of cultural codes. In “Existing in Costume,” Bae, who lives in London, endeavors to be accepted in modern English society by placing himself in his portraits of British history, complete with proper settings, costume and make-up.

In “Cosmetic Girls,” Oh also effectively uses costume and makeup, this time to portray teens who readily adapt their image of ideal beauty from Western media and entertainment. The conflict in this series is whether these portraits reveal acceptance of a new global identity or are a mere rejection of one’s native culture.

Though revelation of one’s self image is a common motif in Beyond Face, Sung may speak for all concerning a shared theme of ambiguity that in her case enables the viewer “to see the visibility of the strangeness or the mystery which seems to be ordinary or unspecified.” The mystery then may be revealed but not explained away “evoking a feeling of discomfort or disorder.”

This “feeling” is no more apparent than in the front gallery with the very expressionistic imagery of Kwon and Oh. Their subjects truly wear their emotions on their faces. In “The Guilty,” Kwon identifies with her portraits because of her own guilt as one who chose to be an artist in spite of family and cultural pressures to the contrary. It’s a guilt she recognizes as both social and selfish.

For her portraits she chose people she met on the street and invited to expose themselves literally and emotionally in her studio. Though rejected by many, others willingly posed for her; eager perhaps for the confessional and cathartic opportunity it gave them. Though their facial expressions appear at first glace to be understated, certain multi-language, text messages printed across nose, cheeks and brow comment effectively on the visual clues to their state of mind without interpreting them.

For instance, with Kwon’s portraits, we may not know their guilt but we feel their angst. Their faces pop in extreme focus as their necks and shoulders recede. The work is not flattering as blemishes and wrinkles are not hidden and pores are as open as perhaps their souls. This is especially true of the three portraits on the north wall, a Chinese gentleman flanked by two attractive women. Kwon tells us that the text on his head translates to “lazy and greedy,” and his general countenance of indolence seems to live up to his confession.

The contrast between the two women is more remarkable. On the left, a grim-faced, auburn-haired subject displays a single worded message of “love” displayed across a deep-seated sense of loss and regret. The eyes and mouth reveal all. Her counterpart on the right feels none of this and effectively hides her guilt behind a smile of pure guile. The text of this doe-eyed, Iranian beauty is her name or signature. Her guilt according to Kwon is her ambivalence toward being a survivor safely in Europe when so many of her countrymen are not. Yet, quite candidly, her expressions suggest she accepts her guilt and is not about to change places.

Befitting the implied conformity in Oh”s “Cosmetic Girls” is the uniform, dear-in-the-headlight expression we see in these teenagers. They do not look comfortable either in style or their own skin. Whatever else their glam makeup and hairstyles have given these desperate wannabe’s of Seoul, their visage suggests a displacement in spite of the gains. Unlike Kwon’s psychological POV, Oh is one of satiric, social commentary.

Eschewing the ultra-realism of Kwon portraits, Oh’s aesthetic features a richer palette and commercial poses. The teens appear doll-like and ornamental. They all wear the same long hair to frame their uniform mask of a face. They have applied a façade that challenges the viewer with subtle, vacant expressions that vary from the sudden epiphany of one redhead to a dark, raven-haired’s utter resignation.

In the Zodiac’s hallway and anti-chamber, we find portraits of greater drama and manipulation from Sung and Bae. In her series, “Entre-Deux,” we see an existential struggle between her subjects and their environment, clothes or occupation, whether it’s sewing, shopping, conversing or simply posing bare-breasted and sporting a fashion-smart black lace scarf.

In Sung’s carefully crafted mise en scene, all her actors are going through the motions and reference the phrase, “there’s a fine line between a groove and a rut” and they just crossed it. There is also the feeling, given the work’s drab, matter of fact aesthetic, that they are yet unaware they are the cause of their fate, and thus unable to break free.

With Bae, the issues of identity are more personal and polished as witnessed in his elaborate narratives of Elizabethan England. In all six photos, the artist places himself, not only in the image, but in British tradition. Interestingly, each is more a portrait of something he desires and perhaps cannot have socially or otherwise, other than in his art. And, because all of his insertions or poses are as a woman, including a striking evocation of Queen Elizabeth herself, his issues of identity could appear deeper than first imagined.

But Bae’s scenarios, though historic and gender-based, are not those of a cross-dresser per se. He says, “in becoming a British lady, which may seem gauche, it is (nevertheless) my language.” In other words, he doesn’t identify with women exactly but with his adopted Mother Country. As with the other Korean artists in this exhibit, Bae too has moved Beyond Face to a greater, or lesser, self-image.

Beyond Face: Portrait Photography from Korea continues through July 28 in the Garden of the Zodiac Gallery in the Old Market Passageway, 1042 Howard St. For details, contact 402.517.8719 or vmercer3@cox.net.