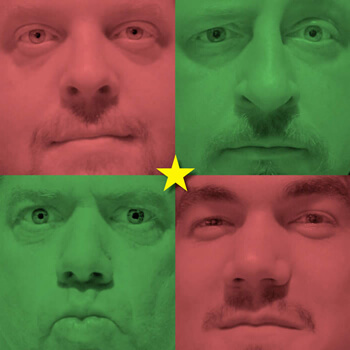 If he would be crowned king, Julius Caesar must come to the Roman Senate, despite all warnings. But his coming will reinforce the claims of his conspirators that he is far too ambitious. Thus unfolds the climactic action of Will Shakespeare’s The Tragedy of Julius Caesar and sets the stage for the most famous public speeches in all his plays. Brigit Saint Brigit Theatre’s director, Cathy M.W. Kurz, presents a cast led by Jeremy Earl as Brutus and Andrew McGreevy as Mark Antony, the Romans who deliver their orations before the corpse of Caesar. The power of this classic is greatest in Act III when assassins led by Brutus and Cassius, artfully portrayed by John Hatcher, strike the blows for freedom from Caesar’s ambition, followed by the appeals from Brutus and Mark Antony to the populace. Brigit wisely splits these highlights with an intermission. We return to hear those speeches. Brutus justifying the murder “not that I loved Caesar less but that I loved Rome more,” and Antony insisting “Brutus is an honorable man” while inflaming the mob to “unleash the dogs of war.” And it works wonderfully, thanks to the measured gravitas of Earl as Brutus and the mock-sincerity of McGreevy as Antony. Equally effective is the clamoring crowd, much like a boisterous congregation that shouts “yes” and “amen” in response to a persuasive sermon. Kurz places the Roman mob toward the rear of the theater in the side aisles of the Downtown Space, drawing the audience into the emotional reaction. It was interesting to see how McGreevy maintained the pretense of Antony’s respect for the assassins, given that it’s tempting to drip sarcasm in pronouncing Brutus and the others as “all honorable men.” As Antony more candidly reports in a closing speech, only Brutus, “the noblest Roman of them all,” had honorable motives while the others led by Cassius were motivated primarily by envy of Caesar. Mark Scott’s treatment of Caesar was especially sympathetic, giving him a rather saintly quality, thanks to an easy eloquence that made each utterance clear as a mellow bell. Early in Act I, clarity also came with the appearance of Eric Grant-Leanna as a conspiratorial Casca, aiding Cassius in his wooing of Brutus to the plot. All three women in the male-dominated cast give memorable performances, with Laura Leininger particularly impressive as Portia, who as the wife of Brutus senses the horror to come. Ashley Spessard is Caesar’s wife, whose bloody nightmare brings her pleading for him to stay home that fateful day; and Mary Kelly’s soothsayer ominously delivers that most oft-quoted warning, “Beware the ides of March.” The supporting cast showed no significant weaknesses, although Chris Fowler’s strong recent performance for SkullDuggery Theatre wasn’t quite matched by his Octavius Caesar, the great-nephew of Julius. The work of scenic painter Craig Lee was most effective in enhancing interior settings, both in homes, the Roman forum and field tents. The frequent shifting of his murals by costumed cast members was less effective. And the sound design by Lucas Clopton was a roller-coaster experience of great highs and lows. You might enter the auditorium to hear some ungodly screeching of bagpipes or who-knows-what, or at other moments hear something more fittingly mood-setting. The clamor of battle worked believably during Act V. If the earlier performance played to the strengths of Brigit in recreating classic theater, the latter scenes of suicides and assisted suicides tend to seem melodramatic to modern eyes and ears. Even the most credible agonies of death can seem a bit overdone on a Halloween weekend. Julius Caesar runs Oct. 28-Nov. 13, Thurs.-Sat. 7:30 p.m. and Sun. 2 p.m., presented by the Brigit Saint Brigit Theatre in the Downtown Space, 614 S. 11th St. in the Old Market. Tickets are $22, $18 students/military/seniors. Call 502.4910 for reservations or visit bsbtheatre.com.